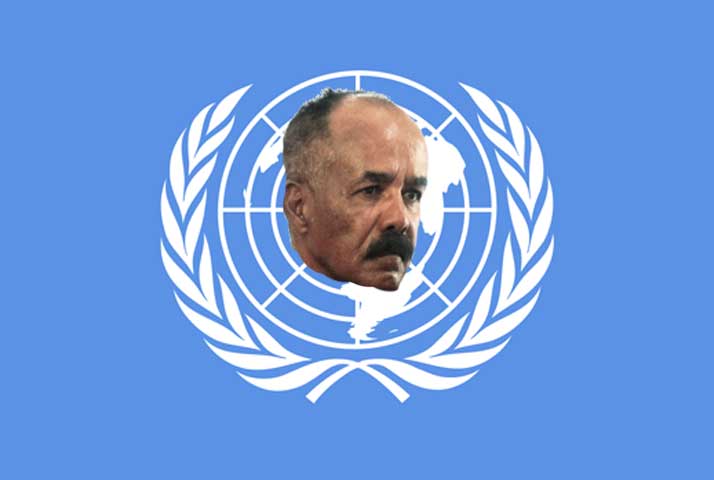 The Security Council also extended the mandate of the UN Somalia-Eritrea Minoring Group (SEMG) until December 15, 2017

Eritrea has been lobbying with many influential countries to have the sanctions lifted.

Emphasizing the statement of the representative of the United Kingdom, the US representative stressed that Eritrea’s “non-cooperation was not the path to getting the sanctions lifted.”

SEMG has not found evidence that Eritrea supported the Somali AlShabab. However, the US representative said, “that was difficult to corroborate because the Monitoring Group had not been allowed into the country.”

The Security Council expressed “concern over reports by the SEMG of ongoing Eritrean support for certain regional armed groups, and encouraging the SEMG to provide further detailed reporting and evidence on this issue.”

The Security Council deliberated for 45 minutes on Somalia and Eritrea and passed the resolution on Eritrea.

One of the main topics concerning Eritrea was the issue of missing Djiboutian POW’s. Members states differed “over [Eritrea’s] Support for Al-Shabaab Terror Group [and] Release of Djibouti Prisoners.”

Eritrea and Djibouti took prisoners of war when the two countries had a brief border clash between 10 and 12 June 2008.

Simultaneously, Qatar brokered a ceasefire and arbitration and in 2010, it deployed a military contingent to stand at the border area between the two countries.

Though Djibouti has released the Eritrean POWs shortly after the Qatari mediation started, the Eritrean government never mentioned anything about them. However, it took Eritrea eight years to release the Djiboutian prisoners.

In March 2016, Eritrea released four Djiboutian prisoners of war, but Djibouti insisted there are more missing prisoners that Eritrea must release.

The Qatari mediation went through many rounds of shuttle diplomacy and bilateral meetings with Isaias Afwerki of Eritrea and Ismail Guelleh of Djibouti. So far, the mediations resulted in the release of prisoners, but it is yet not completely resolved.

Meanwhile, the Eritrean president has been cajoling the United Arab Emirates for months to provide him with financial and gas that Qatar has turned lukewarm and has stopped its generous financial support.

Qatari diplomats are frustrated by the mediation efforts that it embarked on and couldn’t resolve. Eight years after the clash, the border issue between Eritrea and Djibouti is not yet resolved.