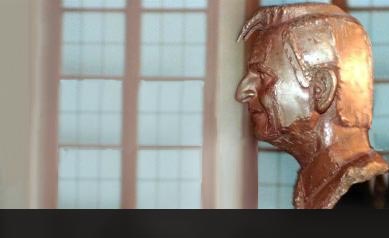 Sweden’s the left-leaning Social Democratic party (SDP) won the Swedish elections, capturing 31.3% of the votes, and Eritrea-born Swedish MP Arhe Hamednaca, a member of SDP, expressed his satisfaction with the election results.

The incumbent conservative Moderate Party led by Prime Minister Fredrik Reinfeldt came second in the 2014 election wining 22.2% of the votes.

Fredrik Reinfeldt announced his resignation on Sunday night while Stefan Loefven of the SDP declared victory. The SDP will enter the Riksdagshuset (Swedish parliament house) to occupy 113 of the 349 seats.

Significant in this election is the Swedish xenophobic far-right wing party gained 12% of the votes, an increase of 5% over its 7% gain in 2010.

The left-green parties combined have won close to 44% of the votes compared to around 39% of votes for the alliance led by the incumbent Prime Minister Fredrik Reinfeldt.

Reached by phone, Arhe indicated that “the secretary of the SDP, Mr. Stefan Loefven, is studying options to form a coalition government.”

The Eritrean regime and its operatives in the Diaspora, Sweden in particular, considered the Swedish elections significant because they badly needed the SDP to be defeated so that Arhe Hamdnaca can lose. It seems the regime wanted to claim victory for its campaign against Arhe and inspire its supporters by insinuating that it can win even in foreign lands.

The Eritrean regime had mobilized its supporters to “defeat the Social Democratic Party” knowing very well that the number of Eritreans in Sweden is too small to make a difference in the elections. Worse, the votes of those who support the Eritrean regime is even smaller and inconsequential in a country like Sweden.

Sunday’s results showed that the regime and its supporters will not celebrates the defeat of the man it perceives as a hindrance to its smooth relation with Sweden and its authority over Eritrean Swedish citizens whom it taxes.

MP Arhe Hamednaca’s victory is symbolic because, as an Eritrean Swede put it, “Arhe embodies the spirit of a humanistic and global fight for the rights of human beings and for advancing the values of justice.”

MP Arhe stated, “I do not do anything for Eritrea more than I do for any other cause based on the values, policies and principles of the SDP.” He added, “But I thank all those who sent me messages of support and all those who were interested in my election, and I congratulate them for the victory.”

He expressed his satisfaction that, “the Swedish election showed that Eritreans are not isolationists and their interest extends beyond their borders… I am happy with the development because it is a good sign of improvement and accepting democratic rule.”

MP Arhe Hamdnaca, who was running for a second term in the Stockholm district, has secured his parliamentary seat for a second four-year term.

Arhe is involved in issues of rights and justice in places like Kurdistan and Palestine, as well as his ancestral home Eritrea, which is ruled by the one-party dictatorship of Isaias Afwerki.