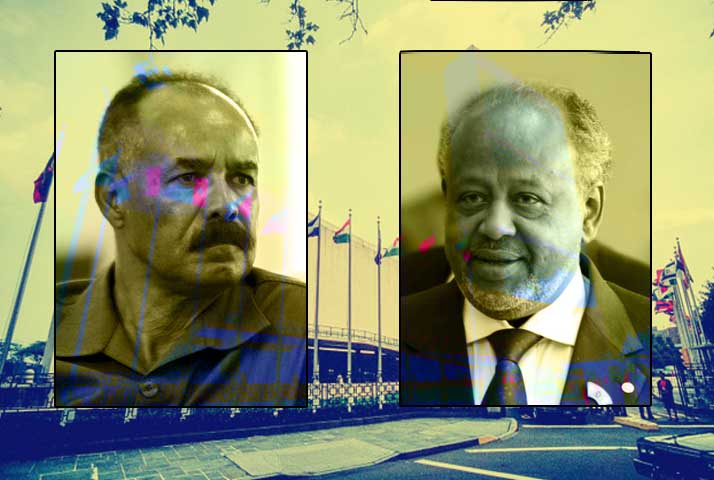 In a press release issued today April 13, Ambassador Mohamed Siad Doualeh, the permanent representative of Djibouti to the United Nations addressed the Security Council on the situation in Somalia.

The Ambassador said, “we share the Chair’s assessment that Al-Shabaab continues to pose a serious threat to peace and security in Somalia. They have been ramping up attacks after rejecting President Farmajo’s amnesty offer.” He also expressed his support for “the request by the Head of the African Union Mission in Somalia for a surge in troops to enable AMISOM forces and the Somali National Army to decisively degrade and defeat Al-Shabaab.”

Djibouti also called for support by the international community to enable “the new Somali leadership… to deliver significant peace dividends to the population, and improve security and access to justice.”

Regarding Eritrea, the Ambassador said, “we are deeply troubled and concerned by the … lack of cooperation that characterized previous mandates continues to date.” And that “Eritrea has deliberately chosen to obstruct the work of the Monitoring Group” and has “consistently and arrogantly refused to allow the Monitoring Group to verify the facts.”

Djibouti accused the Eritrean government of supporting the Somali Al-Shabab group and of continuing to “harbor, train, equip and provide logistical support to armed groups seeking to overthrow and destabilize the Government of Djibouti.”

According to sources of Gedab News, last March an Ethiopian commando force penetrated inside Eritrean territories on the Assab front and attacked a camp allegedly used by Somali and Djiboutian forces fighting against their respective governments. None of the four countries involved (Ethiopia, Eritrea, Djibouti, and Somalia) has made such information public. However, the Djiboutian ambassador stated that Djibouti has “shared information which it deems credible and verifiable with the Members of the Monitoring Group.”

The Ambassador also urged the Security Council to ask Eritrea, “to clarify the situation of the thirteen (13) remaining Djibouti Prisoners of War still unaccounted for.”

In 2009, Eritrea and Djibouti fought a border battle and the two sides captured prisoners from each other. In 2010, Qatar mediated a ceasefire but resolving the exchange of prisoners proved to be too difficult. To date, the border problem persists and in frustration, Qatar seems to have withdrawn from the mediation after, “its good will and extensive diplomatic efforts failed to bear fruit due to lack of cooperation.”