Eritrean Dictator Uses the Netherlands as an Outpost 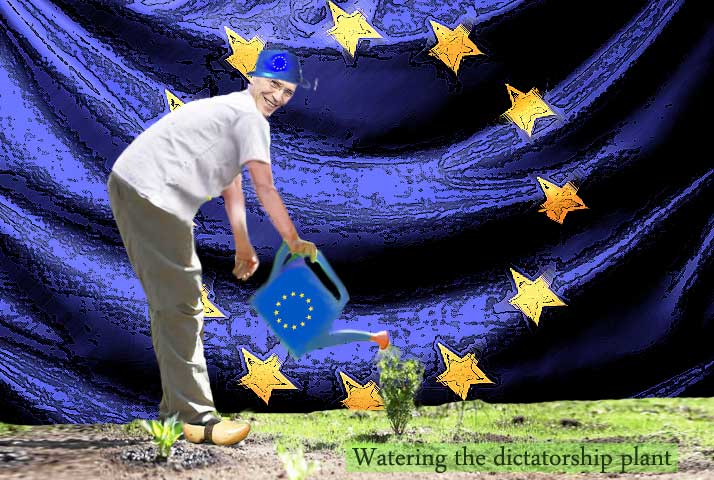 Reports from the Netherlands indicate that the Dutch government is anxious about the visit of Yemane Gebreab, the Eritreans president’s adviser, who has entered the Netherlands with a Schengen visa.

PFDJ, the only and unelected Eritrean ruling party since 1993 has an affiliate international organization known as YPFDJ that supports the Eritrean government by spying on Eritrean opposition elements as well as collecting and channeling money to the Eritrean regime.

Tesfamariam*, a young man who arrived in Germany two years ago and lives in a shelter said, “while the UN imposes sanctions on the Eritrean regime, some Europeans do not seem to care and provide ground for its far reaching oppressive measures.”

Yemane Gebreab, the godfather of the youth association that he formed several years ago, is in the Netherlands to preside over the association’s 13th European congress, which will be held on Saturday, April 15, at the NH Hotel in Veldhoven, a town along the Gender stream southeast of Eindhoven.

Asked for a comment, Solomon*, a naturalized Eritrean resident of the Netherlands chuckled and said, “blessed be our Dutch government, it is so appalled by the Eritrean dictator that it promised to punish him by making sure no Dutch official meets his adviser Yemane Gebreab…”

The PFDJ and its offspring the YPFDJ are known for its interference and harassing of legal Dutch associations of people with Eritrean ancestry—including churches.

Eritrean refugees who express their opposition of the government are often harassed and intimidated by the PFDJ and its affiliate organizations. The Eritrean refugees in the Netherlands, numbering about 20, 000, are the second largest block after the Syrian refugees.

The Eritreans have sought asylum in the Netherlands after fleeing their country due to the oppressive nature of the government, that forces the youth to serve indefinitely in labor camps and endless conscription. The national service proclamation of 1995 limited service to 18 months, but soon it became indefinite; the only way for the youth to avoid the servitude is to flee the country braving border patrols who often operate under shoot to kill orders.

About 5 to 6 thousand refugees leave Eritrea every month heading to Ethiopia and Sudan from where they trek the deserts risking ISIS kidnapping in Libya. Once in Libya, they risk being kidnapped, sold and resold between traffickers before they reach the Mediterranean Sea to board boats to either reach the shores of Europe or perish at Sea.

Europe has been indecisive on how to deal with the oppressive Eritrean regime, according to Solomon, “while European governments express their disapproval of the regime’s nature, their policy in dealing with it is mainly one of appeasing to the dismay of many Eritreans and their friends.”

Solomon added, “I don’t understand why the Dutch government treats destructive, anti-democratic regime, to operate in its territories and provide security for its congress when the regime is the cause of the thousands of Eritrean youth that the Netherlands is sheltering.”

Despite the shy comments by Dutch officials in expressing their uneasiness about the congress, they seem to take the matter lightly. As a reaction to the situation, on Saturday April 15, Eritreans will meet in Rotterdam central to demonstrate against the repressive Eritrean regime.

Dutch media have given wide coverage of the visit by Isaias Afwerki’s adviser to the country, while many politicians and activists are calling their government to ban Yemane Gebread, like the ban that the Dutch Prime Minister Mark Rutte imposed on the two Turkish ministers last March. They had arrived in the Netherlands to join the Turkish community’s rally in support of a constitutional referendum in Turkey.