Acute Food Shortage In The Sahel Region of Eritrea 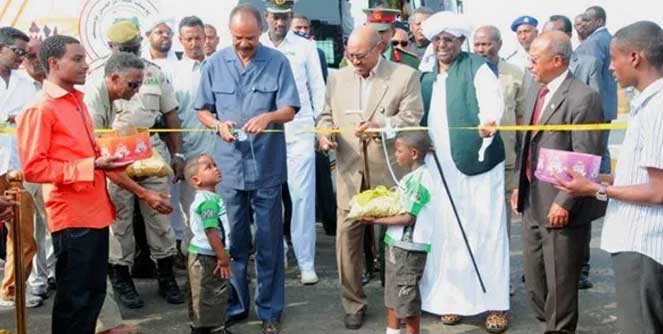 Reports from Northern Eritrea indicate the residents of the Sahel region are facing an acute shortage of foodstuff and other consumer items.

Since the mid-1960s, the Northern Sahel region has hosted the bulk of the Eritrean liberation forces. Most of the war that raged against the Ethiopian occupation has been fought in that region. The more than three-decades of heavy military presence has resulted in an irreversible degradation of the environment. Most of the regions’ trees were cut by the thousands of Ethiopian and Eritrean armies for cooking fuel, and for building trenches, tunnels and shelters that required so many trunks for roofing.

Throughout the struggle era, the Port-Sudan-Sahel route was vital for the supply of food, arms and ammunition to the Eritrean liberation armies.

On January 2018, after more than a decade of a cozy relationship between the Eritrean and Sudanese presidents, Sudan deployed heavily armed forces and closed its borders with Eritrea. The fallout came as a result of the geopolitical changes in the region which provided Sudan with a wiggle room after years of international sanctions. In addition, the Eritrean regime could not continue to blackmail Al-Bashir’s government, which until then was isolated from the West.

The Eritrea-Sudan border was much abused by the Eritrean ruling party which had a wide network of smugglers and human traffickers in Eastern Sudan. The network had developed a sophisticated operation of smuggling subsidized Sudanese goods to the Eritrean markets.

The closure of the border had a devastating effect on many Eritrean regions which solely depended on supplies from Sudanese markets, or traded with Eastern Sudan.

The Eritrean government failed to diversify its supply lines beforehand, and so far it has failed to provide alternative supply sources for the Eritrean markets. The shortage of supply has aggravated the already struggling Eritrean consumer due to the scarcity of cash money in circulation, and the stringent financial control and limitations imposed by the government.

One of the regions severely hit by the supply crisis is the Sahel region where residents selling their cattle and goats for a cheap price to buy expensive scarce food supplies. Also, the closure of the border denied them access to the Sudanese markets in which they traded traditionally.

Reached by telephone in Port Sudan, an Eritrean who just returned from Eritrea where he had smuggled himself to visit relatives in the Sahel region told Gedab News, “if the problem is not solved soon, there would there will be an influx of people out of the region in search of food.”