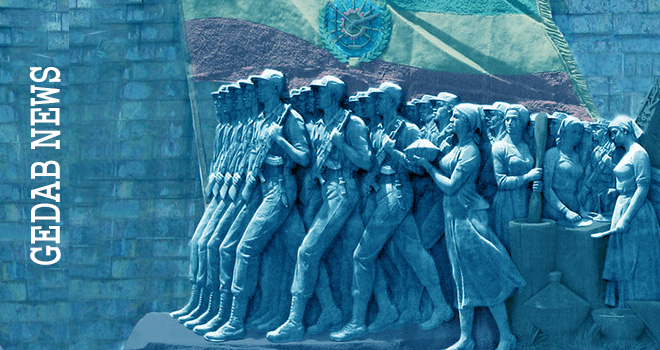 The house-to-house search for individuals hiding to avoid military service is spreading to smaller towns. Until recently the army mainly targeted major cities but now the search has included remote villages and nomadic settlements.

Last week, in the Anseba region, security officers suspected a woman and followed her to a mountain gorge–she was taking food for her hiding son. They beat up the hiding son and put his mother in jail.

In each block (Qebele) in major cities, the security officials have assigned several men and women to spy on households for hiding persons and report them. If they fail to report and the army finds anyone in hiding, the spies face punishment.

A government employee said, “In addition to the house-to-house search, uncles and aunts are forced to spy on their own children. Snitching on relatives, friends, and neighbors is tearing the Eritrean society apart.”

Under the Derg regime, residents were organized in Qebeles (zones), a structure the PFDJ government has kept intact mainly for security reasons.

Usually, neighborhood people visit each other for socializing and know the situation of their friends’ and neighbors’ houses and they would know if anyone is hiding within their block.

In Asmara, a woman who shared a compound with her friend knew her friend’s son was hiding in the house. She told the friend that her house will be sealed if she does not report the hiding son. The situation was saved because the hiding son decided to surrender himself to avoid the evicting the two mothers and their children.

Many parents and guardians of persons hiding to avoid the “national service” are kept in makeshift prisons, or in hoses all over the city. They are released if the hiding person surrenders himself voluntarily.

Though the situation was worsening, last Friday, government sources started spreading rumors telling the people to expect an important information by the government, soon. So far, no directive or proclamation was announcement regarding the current situation.

In another town, an uncle snitched on his hiding nephew and broke in tears as the soldiers brutally beat him up and took him away. Sobbing in pain he told his nephew, “I had to tell on you to save my children and your siblings from being thrown out of the house.”

The government doesn’t announce its decisions when it launches such major activities though it spreads propaganda through its rumor channels. An unemployed driver told Gedab News, “we were told the Eritrean army is not involved in a war but standing guard protecting the borders.”

A deserter who fled the war and is now hiding in Ethiopia said, “once two officers called me and another soldier, gave us a phone and told us to call our parents.”  The officers told the soldiers, “Just inform your parents or relatives that you are bored protecting the border where there is no war.”

Such curated message are carefully planned and spread all over Eritrea where many people believe it. However, the reality is being exposed and people are understanding the gravity of the war. In a message,  a retired man from Keren said, “Thousands of sick and wounded soldiers have returned from the war fronts and now we know the real story.” He added, “we are worried about our children who are fighting the Ethiopian war but the government doesn’t provide any news.”