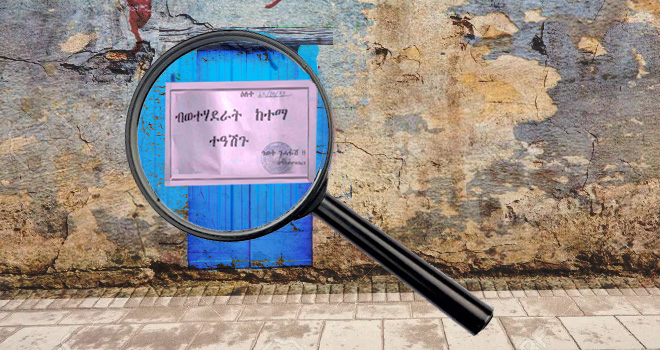 Since the Eritrean government allied itself with the Federal Ethiopian army and started to participate in the Ethiopian civil war, it has been mobilizing the old and the young who now are part of the hostilities.

In the last two months, however, the mobilization evolved into a house-to-house search for those who didn’t report to serve in the army on their own.

The rounding up of civilians of all ages has become too intrusive that Eritreans are anxious thinking of losing members of their families to the war.

The wide mobilization includes the sick and the old.

A diabetic man explained to his captors he survives on insulin; he was told to bring his medicine along. Though he explained insulin must stay refrigerated, the soldiers just hauled him, saying, “the doctors in Sawa will take care of that.”

A man from the Sembel neighborhood of Asmara said, “Only Asthmatics are spared; it is the only sickness the soldiers recognize.”  The rest are forcefully loaded on trucks and driven to Sawa Military Camp where the doctors will ostensibly see if they are unfit and release them. However, “the trip to Sawa complicates their situation.”

Very few are released in bad health conditions after weeks of waiting without care.

A limping old man was told, “It is not only about fighting, but you can also help cook and wash the clothes of the sick and wounded.” Our source added, “the worst I saw is a woman with a one-week-old baby driven out of her house because the soldiers didn’t find her son who absconded from service”.

They sealed off the door to her house and she went to stay with distant relatives.

The intrusive day and night door-to-door search for absconding Eritreans has intensified in all parts of the countrywide though it’s extensive around bigger urban centers, increasing the public stress and anxiety.

Government soldiers are “evicting residents from their houses and sealing the doors,” because they cannot find a missing member of the household.

They do not present a court order to seal the houses, though they stick a paper carrying a seal and the ruling party’s slogan, Victory to the Masses on the doors. They leave after warning the household not to remove the seal or open the doors until the wanted missing persons surrender themselves or are caught while hiding.

Recently, soldiers evicted a woman who gave birth a week earlier from her house because the soldiers didn’t find her older son they were looking for. She is staying with distant relatives away from her own house.