The Eritrean Opposition & Its Upcoming Congress 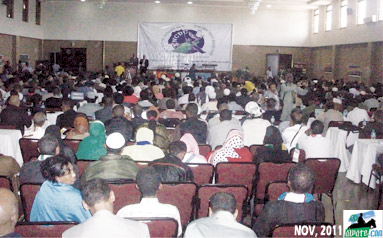 Since August 2013, the opposition groups were engaged in discussion in a dialogue forum created for the purpose.

On January 29, 2014 the EDA issued an initiative calling for an expanded umbrella group and has been reaching out to former members to resume their membership in preparation for a congress which will be convened by the Eritrean National Conference for Democratic Change (ENCDC) in April.

The three organizations that split from the EDA, and the background for the rift, are as follows:

1. Eritrean People’s Democratic Party (EPDP):  The organization withdrew its membership in January 2011 in large part to protest the timing, the structure and goals of the Eritrean National Conference for Democratic Change (ENCDC), also known as “Bayto” or “Mejlis.” The Bayto/Mejlis has been in a state of crisis since its formation. Now, the EDA and the EPDP are in negotiations for the latter to resume its membership in EDA.

2. Eritrean National Salvation Front (ENSF): The organization withdrew its membership from EDA in 2012. It had also argued that, with the formation of ENCDC, there was no longer justification for the existence of EDA and the entire umbrella group should be disbanded. Now the ENSF is renewing its membership with EDA.

3. Democratic Movement for the Liberation of Eritrean Kunama (DMLEK): The organization’s membership with EDA was suspended when its leader, Qernelios Esman, chose September 1, 2012, the launch of Eritrea’s armed struggle, to attack the initiator of the revolution, Hamed Idris Awate and then refused to apologize. EDA and DMLEK have reconciled and DMLEK’s membership has been reinstated.

The strengthening and expansion of the opposition umbrella structure is in preparation for a congress being convened by the Eritrean National Congress for Democratic Change in April 2014 in Ethiopia.

ENCDC has organized a 23-member preparatory committee to prepare for the congress.