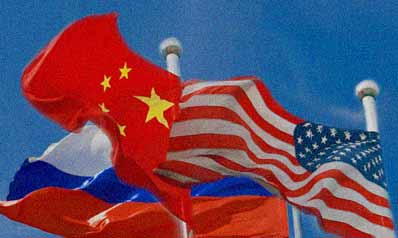 Gedab News learned that recently Chinese diplomats met the Eritrean president and protested against the Eritrean government’s attempts to ignite a superpower confrontation in its conflict with Ethiopia. The development has encouraged whispers among senior officials of the regime who are becoming more anxious by the day.

China which has invested heavily in all Africa, has considerable trade exchange in the Horn of Africa region and is executing several large scale construction projects in Ethiopia. In Eritrea however, China has been trying to get a foothold to no avail. So far, its investment is limited to a share in Zara mining which the Chinese bought from an Australian company.

Commenting about the Eritrean Chinese relations, an African diplomat said, “The Eritrean economy is too tightly controlled even for the old Chinese economists of the Chairman Mao era.”

The Eritrean government has tried to cajole and entice the USA to establish strong relations with it and in 2003 it joined President Bush’s “Alliance of the Willing” to invade Iraq. However, since then, the USA has made its choice and established strong relations with Ethiopia and Djibouti. And since then, the Eritrean government has been on a war-footing against the West in general and the USA in particular, blaming it for all its ills and failures.

Last February, and again in May, the Eritrean president sent an emissary headed by his foreign minister, Osman Saleh, to Moscow. The delegation included Yemane Gebreab, the political affairs director of the ruling party who shadows the foreign minister in every trip, and is believed to be the actual leader of such delegations.

During the delegation’s stay in Moscow, it delivered a message to the Russian president. Yemane stressed the need of Russia to be involved in the regional affairs of the Horn of Africa, expressing the need to have a super power to balance the USA’s unipolar  hegemony of the region.