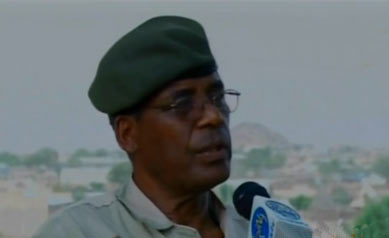 The Sawa yearly youth festival will be held in Sawa, Eritrea, from July 18th to 20th, 2014. On the occasion, the graduation of the 27th round of conscripts will take place.

Sawa is a military camp where Eritrean students are transferred to finish their last year of high school.

Based on proclamation 82 of 1995, Eritreans are expected to serve in the national service program for 18 months. However, the service has been extended indefinitely for many who cannot manage to be released.

For a few days each summer, the military camp is overwhelmed by seasonal Eritrean tourists, who hold dual citizenship, when they flock to Sawa for a few days.

According to Eritrean opposition sources, flying the foreign born Eritreans to Sawa yearly has become a lucrative business for a few Eritreans who masquerade as social workers in some Western countries.

Most of the time, the group travel expenses is paid for by the welfare states under the guise of extra-curricular activities and the “need to introduce youth to their ancestral countries.”

As of recent months, Eritreans who oppose the Eritrean regime in Australia and Sweden are building cases and planning to “expose the extra-curricular racket to concerned authorities.” They allege, “Under such schemes, not only they are swindling our tax money, but they are also empowering the unelected regime by aiding it in its propaganda activities.”

Colonel Debessai Gide, the commander of Sawa military camp indicated that electricity, accommodation, road maintenance, and other logistics have been prepared for the guests.

The organizers expect 4500 and 3500 visitors from Eritrea and abroad, respectively.