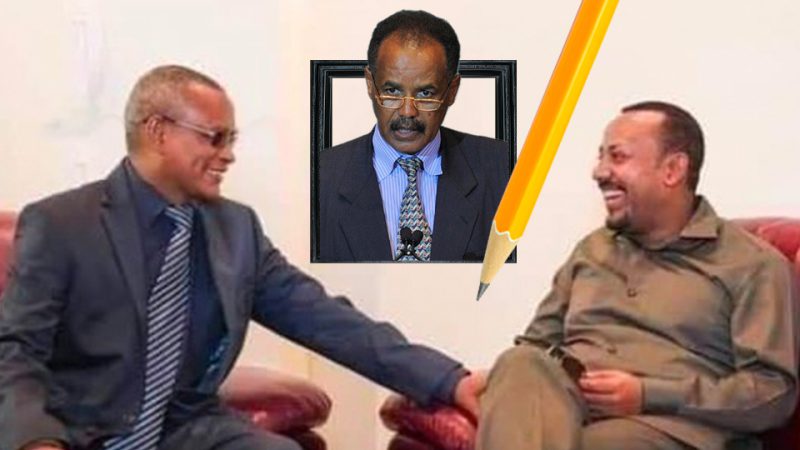 Since Abiy Ahmed took office as Ethiopia’s prime minister in 2018, the region is entangled in a civil war. So far, hundreds of thousands of people have been displaced, the economy sustained heavy damages, and ethnic conflicts are spreading to every corner of the already unstable region. Preaching hate and violence has become the daily stable of the region’s media, including its diaspora that has normalized the abnormal situation.

Most of what Ethiopia gained in all aspects in the last few decades are now wasted as the country is immersed in turmoil.

However, assessing the situation in the region was never as difficult as it is now. The proliferation of news, propaganda, and information outlets is unprecedented. Unfortunately, most of them are run by unaccountable with no record whatsoever. Worse, they are engaged in partisan propaganda activities and individual competing against themselves. Many are viler than the next one in spreading hate and violence. Surprisingly, they attract unimaginable number of viewers, a fact that makes one question their audience’s commitment to peace and respect of human life. The Situation is exacerbated by the lack of neutral reporters in the field, making the region’s countries the most closed.

Embassies and international institution in the region do not make statements, save for a few. Reportedly, in a rare incident, the Swedish embassy stated the government of Eritrea has called all able-bodied citizens to report to duty, apparently to join the military activities.

When historically reputable international news organization depend on social media tweets to fill the void instead of sourcing content through their reporters and intelligence gathering, the future of the traditionally credible media outlets is bleak.

The Trigger of the current conflict

The Oromo, the largest social group in Ethiopia, went through a long history of oppression by successive Abyssinian rulers who systematically subjected them to assimilation into their culture. The current situation was triggered on November 12, 2016, by the Oromo demonstrations against the expansion of the Addis Ababa city limits that encroached to the surrounding Oromo villages. That brought out buried grievances to the surface giving birth to the Qeerroo Movement that shook the foundations of the Ethiopian state. By October 2016, the Qeerroo demonstrations had forced the government to declare a state of emergency, heralding the fall of the TPLF-led EPRDF government that defeated the Derg regime in 1991. The EPRDF introduced and established a federal rule in Ethiopia.

In 2018, partisan mechanization brought Abiy Ahmed to power riding on the OPDO, the party representing the Oromo in the EPRDF coalition. Soon, prime minister Abiy traveled to Eritrea with much fanfare and met President Isaias Afwerki, the deadly rival of the TPLF. Surprisingly, that meeting won Abiy the Nobel Peace Prize.

In Ethiopia, however, political chaos exacerbated as Abiy, and his allies launched a campaign against the deposed TPLF which withdrew to Tigray. The popular hate campaign didn’t stop at the TPLF but spread to include the entire Tigrayan people.

Abiy seemed determined to destroy the political infrastructure left by the EPRDF, to which he belonged, and to humiliate the TPLF, the senior partner in the EPRDF coalition. He replaced it with his hastily assembled Prosperity Party under the slogan of Medemer (inclusion). His moves were reminiscent of the dismantling of the Iraqi military and the ruling Baath Party infrastructures that led to the Abu-Ghraib violations that sparked the terrorism led by Al Zarqawi’s group, which finally produced ISIS.

Abiy postponed the scheduled election with the pretext of the Covid pandemic. But the Tigray regional government refused to respect his decision and defiantly held its own election in which the TPLF won. That decision escalated into a military confrontation between the Tigray regional forces and the Ethiopian federal forces stationed in Tigray. The federal forces escaped to Eritrea and sought refuge. That worsened the already existing mutual suspicion between Eritrea and Tigray, Ethiopia’s region bordering Eritrea. Media and propaganda war heightened and contributed to the spread of war sentiments in the region, including the region’s diaspora.

In addition, the Tigray forces fired a rocket to Asmara, the Eritrean capital, which the Eritrean government considers the cause for the current war. But the Tigray regional government explains it in military terms: an action of self-defense or pre-emptive strike. Regardless, the conflict escalated and the notorious Amhara region’s Fano militia joined the fry in full force determined to destroy Tigray.

The civil war (or regional war) that started in November 2020 raged until last year destroying the economy and displacing people in almost all the regions, though the Tigray and Afar regions were the hardest hit.

As calls by the international community for a ceasefire and negotiations intensified, both warring parties agreed to talk. However, the Tigray Government had opposed the presence of General Olusegun Obasanjo, the AU’s envoy, accusing him of being pro-Abiy, while Radwan Hussein, the Ethiopian prime minister’s national security adviser said the US and EU, “failed to press for equivocal commitment for peace talk [and are] indulged in appeasement” of the TPLF.

The TPLF prefers the USA and Kenya to mediate while the federal side wants the AU and its envoy Obasanjo to mediate and some of its allies insist that Isaias Afwerki of Eritrea joins the talks. But the TPLF objects to and says, “he has no place in an inter-Ethiopian talk.” The US and the EU, however, seem to be lost on how to deal with Isaias who could damage any deal he didn’t bless, and they can’t reject him openly to avoid a bad reaction.

Now, at least in principle, the Federal government has declared its readiness to enter negotiations provided the TPLF is disarmed, while the Tigray regional government demands the restoration of humanitarian access to Tigray that has been without telecommunication link and banking. It also suffers from severe food and medicine shortages. These were also expressed by Mike Hammer and Anette Weber, (US and EU envoys respectively) after their visit to Tigray in the beginning of August triggering Radwan Hussein’s remarks.

The US has put pressure on Abiy Ahmed to negotiate by wielding its leverage; President Biden renewed the sanctions (Executive Order 14046) first imposed on Ethiopia on September 17, 2021, due the “widespread violence, atrocities, and serious human rights abuses…” in the country. And though the fate of Obasanjo in the planned mediations is unknown, the AU has appointed ex-Kenyan president Uhuru as its envoy.

However, as both sides have indicated their willingness to talk, the conflict has escalated and iworsened by the two consecutive drone attacks on Mekelle. Last month, while reportedly secrete talks were going on between the two sides, hostilities resumed attacking Tigray from all sides by forces from Eritrea, Amhara, and the Ethiopian Federal army. This time the Afar region has committed 40, 000 soldiers to the war. The fragile, almost a year-long lull has ended, and the war has displaced more people from Amhara, Tigray, and Afar regions. Heavy battles are raging around the districts around Welqait which the TPLF considers non-negotiable Tigrayan territories as per the Ethiopian constitution. When the war started two years ago, the districts were taken by a combined Federal army, the Amhara regional forces, and the Amhara Fano militia.

Drones were first used in November 2020 by the Federal government in Tigray; the drone attacks resumed in July 2021, and again in September 2022. Still, the federal government has not delegitimized the involvement of the Eritrean forces in Ethiopian internal affairs, inside Ethiopian territories. Worse, the Eritrean and the Tigray ruling parties have an old feud, mostly based on primordial rivalries they never resolved. And if the last two years are an indication, the federal government wishes for a total surrender and humiliation of the TPLF, more than its wish for a peaceful resolution of the crisis.

Civil war and the Ethiopian economy

Ethiopia’s economy that grew fast in the last decades has lost its luster; it’s now hit by inflation, increasing debts fueled by the demands of war which required and “additional $1.7 billion” budget for defense spending. Also, the Ethiopian Central Bank has issued hard currency restrictions reverting to the Dergue era policy that was scarped in the 1990s. Effective September 5, 2022, travelers can carry only $57 (3000 Birr) in and out of Ethiopia whose industrial base has suffered greatly. The country that managed to build over ten industrial parks in the last two decades is losing them one after the other.

In the beginning of this year, The USA withdrew Ethiopia’s Growth and Opportunity Act (AGOA) privileges due to human rights violations. AGOA, enacted in the year 2000, offered favorable access to the US market mainly for garments from sub-Saharan African countries. Now that Ethiopia lost that privilege, in addition to other factors, companies are “laying off thousands of workers” and are either shutting down their factories or selling them at bargain price.