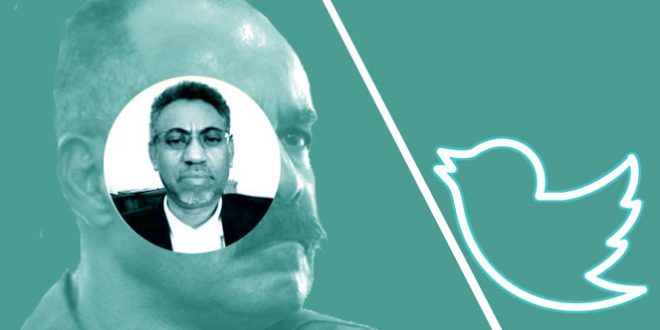 In a press statement released today, the Eritrean Ministry of Information accused Turkey of conducting “acts of subversion” against Eritrea. In addition, it accused Qatar of collaboration by providing “funding and operational services … in collusion with the Sudanese regime which allowed its territories to be used for the nefarious aims.”

The statement explained that “these subversive acts have been ratcheted up” over the last year with the aim of “obstructing the peace process and positive development in the ties between Eritrea and Ethiopia… and the whole of the Horn of Africa.” It added, that at the beginning of this year, Turkey has opened an office for the Chairman of the obscure “Eritrean Muslim League.”

The Eritrean Government has been accusing Qatar and its allies since Isaias Afwerki distanced himself from Qatar, and stood with the Saudi-UAE alliance in the war they are waging in Yemen. Turkey is a major ally of Qatar.

On March 19, PM Abiy made a visit to Qatar but details of his talks with the Amir of Qatar are still unknown. Last year Saudi Arabia and the UAE sponsored the agreement reached between PM Abiy and Isaias Afwerki; both were hosted by the leaders of the two countries to sign the agreement.

Observers believe that “PM Abiy’s attempts to normalize relations between the countries of the Horn of Africa and the Arabian Gulf countries will not bear fruit as long as Isaias Afwerki is involved in it.” Isaias has been either at war, or on a diplomatic rift with almost all the countries of the region.

Until two years ago, Qatar was the major patron of Isaias Afwerki but then he joined the Saudi-UAE alliance at the expense of his long relationship with Qatar. Saudi Arabia and the UAE have been  boycotting Qatar since June 2017.

In its statement of today, the Eritrean Ministry of Information emphasized the name of the group “Rabita/League”, a phrase it uses to invoke emotional differences between the Eritrean Muslims and Christians.

The division between Rabita and Andenet had caused serious religious and regional divide among Eritrean Christians and Muslims. The invoking of the phrase by the Ethiopian occupational government was effective in weakening the Eritrean unity, and Isaias Afwerki has been exploiting that divide since 1970. The phrase “Rabita” is used as a scarecrow to frighten half the Eritrean population and to alienate the other half.

The “Eritrean Ulama’s League” was established several years ago to attend to the Eritrean Muslim concerns just like many other religious associations that advocate for the issues that concern their communities in many parts of the world.

The attack on religious people outside Eritrea has been going on for many years and it worsened since the Eritrean Ulema Leagues was established.

In 2017 the Eritrean ruling party and its supporters reacted aggressively when Eritreans in England held joint demonstrations and seminars where a priest and a sheik, both well-respected by their communities, issued a joint statements and became the face of the Eritrean united activism in England.

Religious repression is prevalent in Eritrea where the Government doesn’t approve of any inter-religious dialogue outside its control whether inside Eritrea or in other countries.

The anti-religion campaign in Eritrea started immediately when the Eritrean ruling party (PFDJ) assumed power in 1991. Since then it has been jailing and disappearing religious leaders, including priests and Sheikhs. The whereabouts of dozens of religious leaders, sheikhs, preachers and priests arrested for asking for religious freedom and for expressing their views, is unknown to this day—some of them were arrested in 1993.

The 2018 US commission on religious freedom in Eritrea stated that, “Religious practice is prohibited in the military [Page 38] and conscripts are severely punished for possessing religious materials or participating in religious gatherings.”

The PENCIL is awate.com's editorial and it reflects the combined opinions of the Awate Team and not the individual opinion of team members.
@@awate2
Previous ብርዒ ዓዋተ…
Next Sudan and Qatar reject Eritrean Accusations