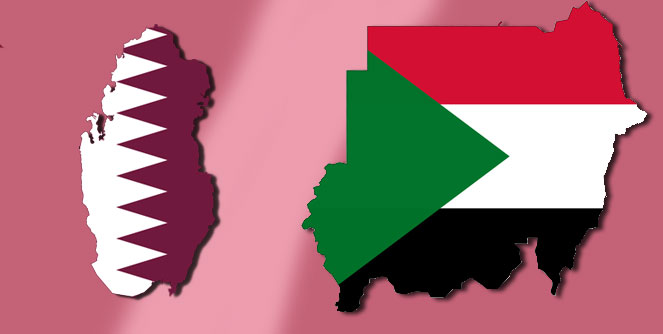 Qatar and Sudan denied the Eritrean allegation that came in a press statement it issued yesterday. Eritrea has accused Qatar, Sudan and Turkey of engaging in “nefarious acts” against it.

This morning, the Qatari government handed a memo of protest against the press release of Eritrea that accused alleged the three countries are engaged in “futile acts … perpetrated through the funding and operational services of Qatar, as well as the collusion of the Sudanese regime which has allowed its territory to be used for the nefarious aims.”

In the memo it handed to Ali Ibrahim Ahmed Al Eqqud, the Eritrean Ambassador to Qatar stated that it “deplores and totally rejects the [Eritrean] accusation.”

The ambassador is also the most senior ambassador in Qatar and he is the dean of the diplomatic corps in Qatar, but he has little ambassadorial activity since the communications between him and his government are minimal.

Like many other posts, the major activity of the Eritrean embassy is focused on collecting fees and taxes from Eritreans living in Qatar most of whom hold Eritrean passports. A resident in Qatar said, “we are held hostage by the cadres of the embassy to stay quiet, otherwise, they deny us general consular services including attestation of documents and passports.

Eritreans in Qatar enjoy higher privileges compared to other countries in the region. Unlike in other countries, they work freely, they can send their children to school, and get medical attention without discrimination.

Also, this morning the Sudanese Ministry of foreign affairs issues a statement in response to the Eritrean accusation. Sudan expressed its surprise at the allegation of  “conspiracies being waged against Eritrea from the Sudanese territories” to disrupt the development in the Horn of Africa particularly the Eritrean-Ethiopian relations.

Sudan denied that “there was no meeting in Khartoum of the Eritrean group mentioned by the press release or any other Eritrean group.” It added, “that Sudan has long sought Ethiopian-Eritrean reconciliation and was one of the first countries to congratulate the Ethiopian and Eritrean governments on the restoration of their relations.”

the Eritrean press release had alleged that a few days ago an Eritrean civil association “subversive outfit”, called the Eritrean Muslim Ulema held a meeting in Khartoum and made, “inflammatory public pronouncements … against Eritrea and Ethiopia.”