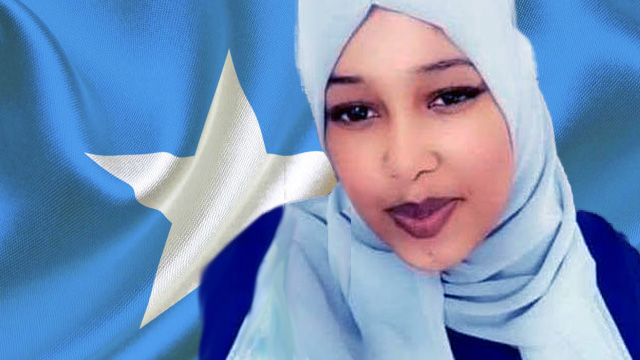 In April 2020, Gedab News reported that “UAE airplanes transported hundreds of Sudanese mercenaries to Libya through an air-bridge over Asmara, the Eritrean capital city.”

In November 2018, Gedab News reported that “Abdullahi Formaggio arrived in Gondar one day after he was invited and accepted Dr. Abiy’s rash invitation in goodwill without realizing his presence was needed to cover-up and legitimize Isaias’ visit.”

Soon, the Somali government lured hundreds of young Somalis to apply for security guard job in Qatar for the world cup event but first they will have to take a basic training in Eritrea.

By November 2020, the Somali recruits were sent to Tigray to fight alongside the Eritrean forces. Dozens of them have died in the war and Somali officials met the parents to inform them their children were killed, and hand them thousands of dollars as indemnity.

A Somali dissenter said, “the region has never paid such amount of money in dollars to the parents of the tens of thousands who were dying for many years.” The source of the money is still unknown.

As Somalis became aware of the fate of their children, mothers demonstrated and demanded that President Formaggio bring their children back and disclose they situations.

Last week, Ikram Tahlil Farah, a 24-year-old Somali whistle blower who worked for the cyber security unit in the Somali National Intelligence and Security Agency (NISA), and had disclosed information about the Somali recruits killed in Tigray, was found dead in Mogadishu. The government accused Al Shabab for the killing of Ikran.

However, Al Shabab denied the allegation while her family believe she was abducted by the Somali government before she was found dead.

Former NISA Director-General Abdullahi Ali Sanbalolshe told VOA Somali in July that “some people” told him Ikran had records about a program that secretly sent Somali military recruits to Eritrea to train. Allegations surfaced in June that those recruits have been fighting and dying in Ethiopia’s Tigray conflict.

On September 9, 2021, Al Jazeera reported that president Formaggio is in a clash with prime minister Mohamed Hussein Roble over the firing of the intelligence chief. On Monday Roble suspended Fahad Yasin Haji Dahir, director of NISA for failing to provide a report on the case of one of its agents who disappeared in June.

On Monday, Roble appointed another man, Bashir Mohamed Jama, as interim head of NISA, a decision that president Formaggio considers unconstitutional. On Tuesday, the president rejected the prime minister’s decision and issued a stated that Yasin Abdullahi Mohamed should remain as head of the agency.

Observers believe that “Somalia’s Formaggio didn’t know the trouble he was getting into when he hastily aligned with President Isaias Afwerki and prime minister Abiy Ahmed.”

After a short-lived comeback to normalcy, many Somalis believe their country could be mired again in a renewed conflict.

Reported by ME (Canada) Abraham T (USA) and Awatestaff