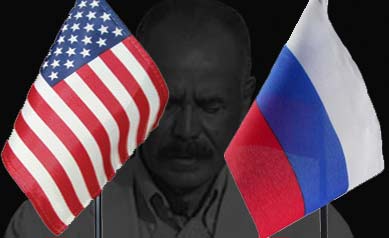 In a report dated 24 October 2014, The UN Security Council (UNSC) extended the mandate of the Somalia and Eritrea Monitoring Group (SEMG) for one year ending in November 30, 2015.

The UNSC requested Eritrea to facilitate the entry of SEMG officials to the country, but it is unlikely that the government will provide a permission for SEMG’s entry. So far after many years of request, SEMG has managed to meet with Eritrean officials only once in Paris and another time in Cairo.

The UNSC welcomed the meetings including the, “Telephone conference from New York.” It also encouraged, “further cooperation, and underlining its expectation that this cooperation will deepen during the SEMG’s mandate, including through regular visits to Eritrea by the SEMG.” It also reiterated, “Its expectation that the Government of Eritrea will facilitate the entry of the SEMG to Eritrea, as requested in paragraph 31 of resolution 2111 (2013).”

It also urged, “Eritrea to make available information pertaining to Djiboutian combatants missing in action since the clashes of 10 to 12 June 2008.”

Over the last year, the Eritrean government tried to manipulate and blackmail many parties, particularly the US government, to have the sanctions lifted; it counted on Russia to achieve the goal.

Russian Positions on Libya and Syria

Isaias Afwerki was once heard admiring the tenacity of Bashar Al Assad, Syria’s dictator, who, “Managed to stay mainly because he succeeded in getting Russian support and prevailed despite fierce attack on his regime by an assortment of US supported opposition forces.”

In June 3, 2014, the official Eritrean ruling party website carried a news item about the Eritrean delegations’ visit to Moscow. It stated, “…the fact that the past 25 years witnessed a uni-polar world, wars, continued crises and deep sufferings attests to the need for a global change which is more characterized by equal participation.”

In a move that was considered a foreign policy blunder by the Eritrean opposition, Isaias Afwerki chose the Crimean crisis to win the support of Russia, and in an unprecedented move, his delegates visited Crimea without the permission of the Ukrainian government which reacted by issuing a strongly worded condemnation of the Eritrean move.

In the summer of 2013, Russia had blocked the release of the SEMG report under the pretext that SMEG didn’t speak with Eritrean government though Russia knows the officials has been denied visas to enter Eritrea.

Isaias Afwerki was confident he will be able to convince Russia by exploiting its differences with the USA and NATO.

Since the beginning of NATO’s attack on Libya to oust Muaamar Ghaddafi, Russia has not been cooperative with NATO which it believes overstretched its mandate of no-fly zone over Libya and escalated it into seventy-thousand sorties in the pretext of self-defense of the attacking fighter planes. At the end Libya was bombed and its army destroyed, particularly its air-defense systems which were mainly supplied and maintained by Russia.

Russia also maintains a refueling facility in the port of Latakia on the Syrian coast of the Mediterranean Sea.

Since then, relations between Russia and USA (and NATO) has been strained and a cold war style mistrust developed. Recently the crisis had escalated over the situation in Crimea and the manifestation is evident on both sides’ positions in relation to the Syrian crisis. But that is hardly enough to escalate the difference to the levels of the Cold War era as Isaias Afwerki contemplated.

The Eritrean president’s attempt to have the sanctions lifted by pitting Russia against the USA has so far failed.