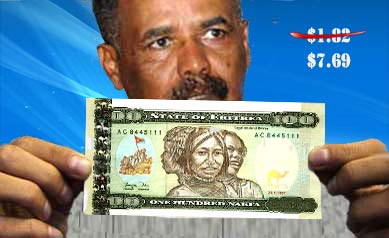 The UN Security Council-imposed sanctions on Eritrea are trapped at UNSC in a situation that an observer described as, “From quid pro quo to tit for tat.”

Impact of the four year old UN-imposed sanctions against Eritrea is increasingly hampering ordinary financial transactions, tourism and travel services to and from Eritrea. These are critical sectors of the Eritrean economy as the country heavily relies on Diaspora remittances and tourism, on top of mining.

According to an observer at the UN, it is unlikely that the situation will improve any time soon because of the return of the cold war politics to the UN Security Council’s decision-making process. He stated, “Under the current climate at the UNSC, one of the P5 [permanent five] will likely exercise a veto power against either lifting or stiffening the sanctions. Besides, it is hard to procedurally unlink it from the Somali agenda.”

Even if Eritrea complies, it appears the sanctions will remain an albatross on Eritrea for the foreseeable future. The observer further added, “Remember, this was a political indictment initiated by IGAD [the Horn of Africa’s “Inter-Governmental Authority on Development”] and unanimously supported by AU [African Union] on [President] Isaias for thumbing his nose at the international community for too long and, as such, it did not require much efforts to reach a consensus then. But now, with the events in Crimea, things have evolved into an impasse.”

Despite the impasse, however, member states, especially US, Canada, Sweden, and recently Germany, have been enforcing the sanction and domesticating it in their laws as evidenced by events in the last two years.

The UN Monitors had reported that Eritrea relies on threats and coercion to extract the two per cent income tax it imposes on Eritreans living abroad. In Canada, the money transfer is facilitated by the Toronto-based Dominion Bank, commonly known as TD Bank, which wires it to the DZ Bank in Frankfurt, Germany.

In Israel, Eritreans are instructed to wire the money to the Commerzbank in Frankfurt and specify its purpose as “Urban Development Eritrea – Housing Project 2013.”

Both German banks subsequently route the money to the Housing & Development Bank which is owned by the ruling party of Eritrea.

After calls by Amnesty International on TD to quit handling the money transfers, TD Bank stated that it has rigorous controls and procedures that ensure compliance with Canadian economic sanctions regulations, but promised to investigate the allegations.

Last month, Gedab News learned that both German banks are under increased pressure from their regulators to sever their relationships with the Housing & Development Bank.

The Commerzbank and DZ Bank are, respectively, the second and sixth largest banks in Germany.

Last year, Canada expelled the Eritrean consul in Toronto after repeatedly warning the consulate to stop collecting the two percent tax from Eritrean-Canadians.

In the airlines industry, Lufthansa has indefinitely canceled its Frankfurt-Asmara route that it maintained for over twenty two years.  The profitable route was one of the few options left for Eritrean travelers from North America and Europe. The reason given for the suspension was that Lufthansa was renegotiating the terms and condition of its contract with the Eritrean civil aviation.

But Gedab News has learned that the service was interrupted because Eritrea has ordered Lufthansa to stop its service for refusing to carry Eritrean diplomatic pouches. As a result, Eritrean postal and courier services were interrupted.

Last fall, Lufthansa came under increased scrutiny from German authorities after determining that Eritrea was abusing its diplomatic privileges by using the diplomatic pouches for illegally transferring money from its embassies to Eritrea.

The only two remaining international airlines operating in Eritrea now are Egypt Air and Yemen Airways. Both are likely to face similar scrutiny by international and regional authorities who monitor illegal money transfers and other activities in violation of the UN sanctions on Eritrea.

Isaias’ shopping for alternative currency printing facilities, particularly in Sudan, is suspected to be a precautionary measure to avoid international scrutiny and in case the German company that prints Eritrea’s currency, stops doing so. The Nakfa exchange rate, officially set at 14 against the US dollar, is trading in the black market at 53 Nakfa to the US dollar.