Isaias Travels Through Ethiopia To Mogadishu Via Nairobi 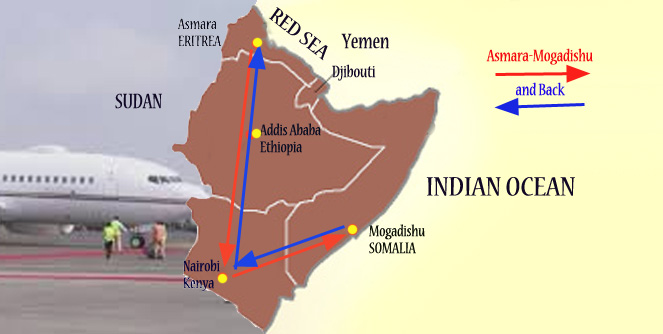 According to the letter, Isais traveled from Asmara to  Mogadishu via Nairobi and returns on the same route.

Contrary to what the Eritrean media reported, Isaias was not on a state visit to Kenya but used Nairobi as a stopover while transiting to and from Mogadishu. President Kenyatta didn’t receive Isaias at the airport.

The reason for Isaias’ travel through Ethiopian and Kenyan airspace is, reportedly,  to avoid flying over the Red Sea and Bab Al Mendeb.

A direct flight from Asmara to Mogadishu is about 1089 miles while the same flight via Nairobi is 1787 miles, an additional increase of about 60% to the distance.

Isaias rarely announces exact dates of his travels, however, his visit to Somalia was unofficially reported five days ago.

Meanwhile, communal strife has caused the death of scores of Ethiopians in the Kenyan-Ethiopian border town of Moyale which reportedly has been without power and water supply for many days.

In [another] news, Gedab learned that the hunt for the previous Ethiopian spy-master, Getachew Assefa, is still raging. A source said, “Getachew’s supporters contend he is targeted because he is believed to have a lot of dirt on many EPRDF influential leaders, and the hunt is an attempt  to silence him and not necessarily  to bring him to justice ”

In April 2018, Getachew Assefa was removed from his position as head of the National Intelligence and Security Services. The federal government has issued an arrest warrant against him. He is a member of the TPLF’s Executive and Central Committee and now lives in the Tigray region. 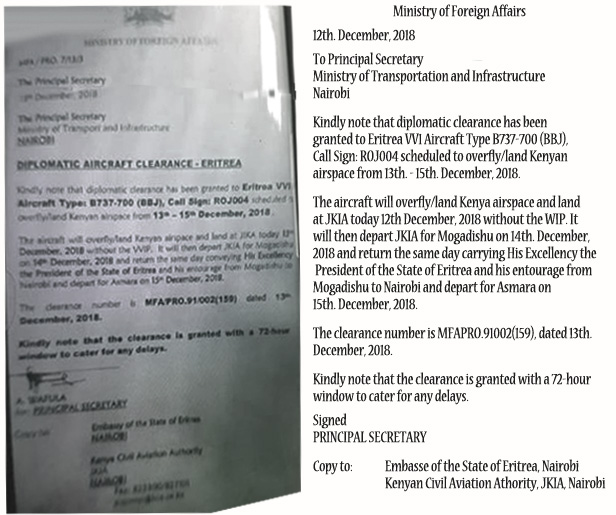