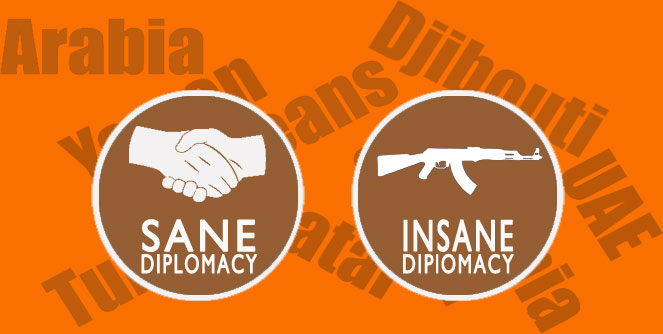 Reactions continue regarding the allegation by the Eritrean government accusing Sudan, Qatar, Turkey, and the Eritrean Ulema League of “acts of subversion” against Eritrea.

In a statement released today, the Eritrean Ulema League (EUL) considered the Eritrean accusation as “irresponsible and baseless.” It also said its activities are limited to educational and cultural activities and supporting preachers.

The EUL said the Eritrean Ministry of information’s definition of it as “obscure” is strange when it comes from an official entity that prove it is ignorant of the EUL’s vision.

It said, the EUL “serves the Eritrean people in international venues, and in many countries.” It added, “if it was obscure, it wouldn’t have been formally licensed to serve its communities and operate in many countries, including Turkey and many European countries…”

The EUL rejected the allegation is a blatant lie, “since it didn’t hold a meeting in Sudan and it doesn’t have neither an office nor a representative, or any activities worth mentioning.” It added, “the EUL never issued a statement regarding Eritrea or Ethiopia because it doesn’t involve itself outside its field of activities.”

The statement said the EUL’s statements are announced in its official website and that it calls for peace, inclusion, and unified message, condemns terrorism, and works against bloodletting, always condemns any destructive activity that reflects badly on Muslims.”

The EUL has requested a formal and public apology from the Eritrean government and if that doesn’t come forth, “it will pursue a legal case by depending on international law… and will not allow any entity to defame its name or misrepresent its goals.”

Meanwhile, Nebiat Getachew, the spokesperson for the Ethiopian Foreign Ministry stated his country didn’t change its position regarding the Arab Gulf crisis. He added, “Ethiopia gives priority to principles and common interest in its relations with any country.”

He also confirmed his country supports the efforts of the Amir of Kuwait to resolve the Gulf crisis and called for “dialogue and diplomacy in the Gulf crisis.” He added, “Ethiopia is working with IGAD and the African Union and that a task force has been established to formulate a strategic position to face the challenges and opportunities in the Red Sea and the Gulf of Aden.”

Regarding the Eritrean government’s statement of April 4, 2019, the spokesperson said, “we are closely following the statement” and he called on all parties to lean towards understanding and dialogue.

Today also, the Turkish Ministry of foreign affairs replied to the Eritrean statement, saying the accusations have no source and it is based on wrong information.

It said that Turkey cares about stability and peace in the Horn of Africa and has a strong economic relation with Ethiopia and that Turkey, “is concerned about the Eritrean-Ethiopian relations and has expressed its happiness in many ways,” It added, “Africa is a strategic partner of Turkey, which hopes to further develop the cooperation.”

The Eritrean government has neither provided proof that the alleged EUL held a meeting in Khartoum nor that Turkey, Sudan and Qatar are involved in “subversive acts” against Eritrea.