Posted on October 28, 2019 by Ismael Ibraheem Al-Mukhtar in Articles 3 Comments 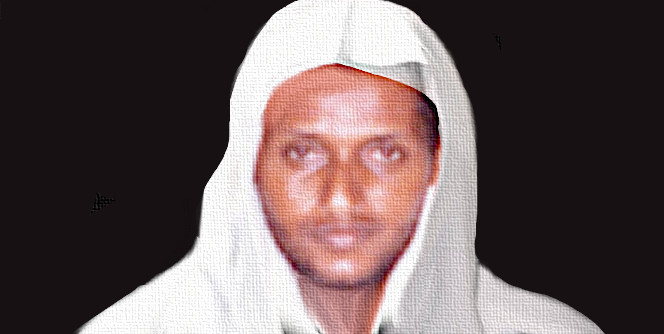 May 1991 was an extraordinary year for all Eritreans. It was the year in which Asmara was liberated and Mengistu’s army was routed. Eritreans were ecstatic, they saw the fruition of their 30 years of struggle and the fulfillment of their dream. Discussions were abound among Eritreans in diaspora about going back home, rebuilding the country and making Eritrea a model nation, the “Singapore” of Africa. I was on a visit to Saudi Arabia in the year of liberation, I met a couple who were squabbling among themselves. They have been living in Jeddah for thirty years. Both were excited and both were tearfully talking about going back home and rebuilding their lives. The husband wanted to leave right away, he said I am dying to see my country and I want to leave with the first flight available. The wife was equally eager to leave, but she was telling her husband, let us wait for few months until we settle everything here. The passion I felt in their presence as they argued back and forth was electrifying. The referendum of 1993 further added to the excitement. One foreign observer noted that the people of Eritrea have set a democratic precedent at the inception of their nation, no one will be able to divert them away from this path of democracy. Like many others, I was excited as well, but I felt some of the excitements were overblown and the expectations were too high.

The unravelling of the dream

Given the 3 decades long history of struggle, it was clear that Eritrea had surmountable challenges in the future. The early excitement of 1991 didn’t last long. Three years later, things started to change. Stories of heavy-handed measures against opponents and stories of disappearances were emerging. I wasn’t sure what to make out of these stories, I didn’t want to believe them. I said they could be false rumors, may be unintended mistakes, may be challenges of learning that will be remedied soon. But in October 14, 1994 the “may be” became a shocking reality for me. My maternal half brother, Sheikh Mohamed Omar Ismael, was kidnapped from the streets of Asmara. He has been living in diaspora for decades. After independence, he traveled to Asmara to visit his mother. Two weeks after his arrival, he was abducted from the street and completely disappeared. This year marks the 25th anniversary since his disappearance, no one knows if he is still alive or dead. The disappearance of Sheikh Mohammed was difficult to digest, not because he was related to me, but also because it brought back to memory the dark days of Mengistu, which I thought were history. As a youth living in Asmara, I witnessed the atrocities of Mengistu’s terror squad, commonly known as “Afan” –ዓፋኝ-. They mostly drove Volkswagen vans and drove in groups of 3 or more. They abducted people from the streets, schools, cafes and work places. I was realistic of my expectations of the post independence era, I new there will be some challenges, but I never thought that in a country that came after 30 years of struggle, the “Afan” will come back with a different name and Eritreans will be abducted again from the street. I searched for every sensible reason to explain and justify this sad news, but the sad reality was starkly in front of my eyes. As more stories of disappearances kept on becoming public, the sad dark reality became the norm.

Who was Sheik Mohamed Omer Ismael?

Sh. Mohamed Omar was born around 1950 in the valley of “Wasana”, near the town of “Arafale”. He left Eritrea in mid 1960s in pursuit of higher education. After spending some time in Sudan, he arrived in Egypt and was enrolled in the prestigious University of Al-Azhar. He graduated from Al-Azhar with a degree from the Faculty of Law and Shariah. Typical graduates of this faculty work in academia or serve as judges, lawyers, teachers and sometimes Imams. Despite his academic credentials, Sh. Mohamed had a mind set of an activist; he enjoyed working with the people and sharing his knowledge. After graduation, he spent most of his time in Cairo, mentoring, teaching, assisting new comers and helping those in need of help and direction. His friend, Dr. Bayan, an Ethiopian scholar, described him as “the emissary of goodness”. Sh. Mohamed was well recognized within the scholarly community in Egypt. He was friend and student of prominent figures such as Dr. Mohamed El-Bahi, Dr. Anwar Al-Jundi, Al-Baqouri, Al-Ghazali, Al-Sharawi and many others. Sh. Mohamed willingly provided his assistance and readily shared his knowledge. He was a well rounded and well read intellectual. The best gift he offered to his friends was a book. I was beneficiary of the multitude of books he sent to me from Cairo. Through the books he sent me, I was introduced to the writings of Egyptian authors, such as Al-Aqad, Al-Manfaluti, Al-Ghazali, Shaltoot and others. He was a fine writer in Arabic. His letters to me were lengthy and they went beyond personal matters to discuss intellectual and academic issues. Despite many opportunities to settle in one of the oil rich countries, Sh. Mohamed chose to stay in Cairo and live a simple life. He was a devout, soft spoken, polite, humble and considerate person. He passionately worked for the cause he dedicated himself for, serving and mentoring others. The seeds of his work still remains in the memories and minds of the hundreds who were inspired by his example and his good work. I am not privy to Sh. Mohamed’s political activities and associations, but I know he was a genuine Eritrean who deeply cared about his people and his country.

The disappearance of Sh. Mohamed and many others like him raises many lingering questions:

The way Sh. Mohamed and many other political and intellectual figures disappeared is deeply disturbing. No human, no matter what their crime is, would deserve to be treated in such in-humane and brutal way. If Mengistu Hailemariam, with all the crimes he committed was to be captured in Eritrea, the values Eritreans fought for should compel them to treat him humanely, within the bounds of the rule of law and international human rights conventions. This dark legacy of secret disappearances will remain a dark stain in Eritrea’s post independence era.

I am not an advocate of Sh. Mohamed nor am I interested in pointing fingers or engaging in partisan politics or seeking revenge. I am simply a concerned Eritrean who saw his dreams of free, just and humane Eritrea vanishing. From the time of my childhood the love of “Huria”– حرية  freedom was drilled in my head. During Mengistu’s terror, an elderly teacher, Ustaz Ahmeddin, said to a group of us, “you are the lucky generation. “Huria” is coming soon, you will live your whole life under “Huria”. There will be no “Afan”, no fear, no prisons, no wars…”. That was the dream of all Eritreans. It is beyond any doubt that a dark cloud is lingering on Eritrea today. No socially conscious Eritrean, no matter what their affiliations are, can justify and tolerate the kidnapping and the disappearances that have been taken place. It is time for all, including the perpetrators of these violations, to take a pause and see the deep hole that our nation has fallen into.

At the risk of sounding naïve, I would propose that our nation takes the South African model of “Truth and Reconciliation” to close this dark chapter once and for all. Similar to the South African experience, this could take the following shape:

The world is rapidly changing, the status quo is unsustainable. Rather than waiting for the inevitable change to come explosively, it would be in the interest of all to proactively initiate incremental reforms. A lot of damage has been done, but it is always better to take responsibility for past failures and making a U turn towards the right direction.

As for my brother, his whereabout remains still a secret. Twenty-five years have gone, and I don’t know whether I should make for him the prayer of the deceased or the prayer of the living. In the meantime, until I know his fate, my prayer will be: “O God, if he is still alive give him solace and comfort, but if he is dead, have your mercy and blessings upon him”!

Note: the Arabic version of this article will be published in one of the Arabic Eritrean websites.