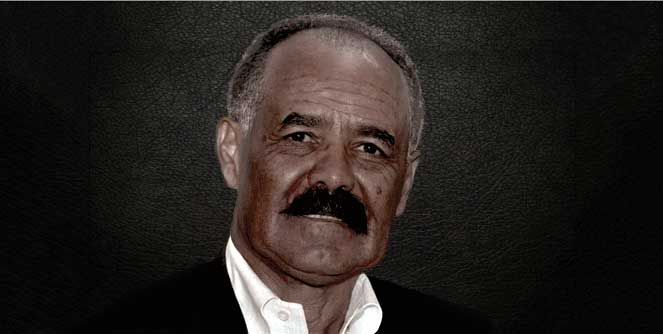 Dear Eritreans, I am the son of Eritrean bred parents. I was born, raised, and educated in Ethiopia until my college years. During my childhood, I was sent to visit Eritrea for a few months. For all intents and purposes, I did not know Eritrea and its people very well. Later, when I started forging relationships with Eritrean communities in my adult years, I could not understand their politics. As far as I was concerned, many of the political views held by Eritreans defied all logic. Today, I have made it my goal to address the issues that plague the country, as the nation of Eritrea and its people are faced with an unprecedented dilemma that the world has ever seen before.

I would first like to mention a few things that make the country of Eritrea unique:

Now, if we ask ourselves why Eritreans have found themselves in such a perplexing situation with the current state of the nation, we can state the answer very simply.

Given that neither a) or b) was followed by those in charge of leading Eritrea, it is no surprise they have found themselves in this predicament.

The Eritrean whom they followed for 45 years is a psychopathic man. He has a personality disorder characterized by persistent antisocial behavior, impaired empathy, and no remorse. He doesn’t have the capacity to understand or to feel bad for what another person is experiencing. This man is interested in placing himself at the core of the world with no concern for others, including loved ones or those considered to be close to him. In short, he is an egotist who has an overwhelming sense of the centrality of the “me”.

Fellow Eritreans, as much I do not want to write anything about him, as just about every possible thing that could be said or written about him has been done, I must explain why I call the said individual psychopathic.

I hope the three statements mentioned above can wake up any normal individual, except his agents of course. Since all humans are not the same, some might need more dosage of shock treatments. I hope the following will do the job. If this did not do it, nothing can be done. Maybe one should try holy water. Like they always say, you can never wake up a person who pretends to sleep.

You know, in many parts of the world a dead body is very much respected.

“If anyone thinks Eritrean and Ethiopians are two different countries, he does not know about history.”

The sad part is this poor fellow spent 40 years of his prime life wandering the wilderness of Eritrea. Goodness gracious, it would have been tragic if he were killed while he was looking or in search of this truth he has claimed. It took him 40 years to come up with this conclusion. Do not be fooled. If it suits him Isaias will tell you 1 +1 = 100. For him, the end justifies the means. Mr. Issayas is a Ph.D. holder in speaking with both sides of his mouth. He’s a specialist in this.

There are two qualities of Mr. Issayas no one can take away from him.

My fellow Eritreans, let me beg you a million times to please stop telling stories or reading poems. Eritrea and the young generation whom we failed have declared an SOS. Mayday! Mayday! Listen to the distress call and come up with the solution

Anybody who thinks he/she has a solution to get us out of this quagmire please put it forward so we can discuss it. There is no time. This is an SOS May Day call.

When I was in college my professor once told me if I am looking for a solution to a problem, the first thing I have to do is to identify all the problems regarding the issue and to go to the solution I believe is correct. Build a hypothesis and create an experiment.

Friends, we are in a situation from which extraction is very, very difficult. We are confronted with an unusual situation. Such a thing has never happened before in the history of mankind: a leader of a nation putting his country up for sale.

Now let me identify the problems. (This is my interpretation. Anybody with differing opinions is welcome to present them for discussion)

Right now, the priority must be how to stop the exodus of the young generation. Without them, the fight is completely meaningless. The second one is not a major issue. This shady salesman with an F political rating will go very soon because of his age. That is the law of nature. We should go fast to contend him before he causes more damage. He seems in that kind of route. We should not sleep on the switch; we’ve already done that. That is not enough. You fool me once shame on you, you fool me twice shame on me.

We should come with a solution with lightning speed. We are doing damage control. Eritrea is making a distress call.

To accomplish my mission I have to approach the issue from the following angles.

The diaspora and the elders can accomplish only two different things each given the situation. In order to fulfill this mission, I want to remind folks that we have to break from the past.

We must have a new outlook and awakening of our surroundings and situations if we want to be successful in the struggle. For example, we must begin to see Issayas supporters as opponents rather than enemies. We have to cross the line and welcome them back into reality by shaking hands. When they go low, we must go high. They are the biggest losers. They have been betrayed, embarrassed, and demoralized.

We have to remember that we are facing the possible demise and extinction of Eritrea and its peoples.

We must recognize that nobody will carry this burden except us. We are responsible for helping to find a solution for our national issues. If we continuously pass this issue onto others and expect them to do the work, nobody will ever do anything and nothing will ever get done.

We must do what we promise to do. Our bond is our word.

Our enemy bordering us has an agenda that they’re spending millions of dollars on. They are actively working to corrupt the new generation. The social fabric of the younger generation has been destroyed and they have become vulnerable.

I want you to think a little critically. Why does Ethiopia have a navy? Presently, most nations, nevertheless Ethiopia, do not need a navy. They cannot conduct naval warfare. So, do they need a speedboat to control pirates along the seashore? Ethiopia cannot even feed its people. They have had many famines. 1/3 of their yearly budget comes from the European Union. Their nation is practically at the mercy of their donors. Today, it is the navy. Tomorrow, it will be the Air Force and the military. Later, intercultural marriages. Their agenda is not what they are presenting. Their agenda is to integrate Eritrea into their nation smoothly, with the blessing of the psychopathic man. This man has been working for Ethiopia for over 40 years.

Role of the diaspora

And to support, encourage, and appreciate those who support our cause, such as

Currently, those who fight for our causes are “others”. This does not make any sense. If we do not organize and give a synchronized response, our enemies will continue to do what they do and our supporters will be discouraged, thinking we are agreeing with what is going on.

Role of the elders living in Eritrea

As far as I am concerned, we have two great big problems but the solution can be endless. Everyone can help to come up with a possible solution. We must think critically about these issues in order to come up with something. We must not betray our fallen heroes and younger generations.

How do we achieve this? Let us focus the upcoming months of November, December, and January on preserving Eritrea and Eritrean efforts. Let us designate one Sunday in these months for meetings to be held all over the world in which we focus on identifying problems that debilitate our nation and work to come up with possible solutions. For example, Sunday, December 16, 2018, at 3 o’clock, let us focus on saving Eritrea and young Eritreans. The meetings should be mentioned via outlets such as mosques, churches, social media, word of mouth, etc. All Eritreans over the world must come together on this day to address what we must to for our common problem. They can conduct this meeting roundtable or choose a leader to lead the discussion. The topic must be simple; how to save Eritrea and young Eritreans, with no other agenda to save us from any complications. Anybody who does not participate (unless illness or death), I consider that person

We’ve heard from Eritreans in academia, telling us to unite. This is a good concept, but unite and do what exactly? They should be more specific when addressing these issues.

The following are some conclusions that I have generated from my own experiences and knowledge. I want to call on readers to understand and think critically about them.

Mr. Mesfin please reveal yourself and who you are now and tell the truth to the Eritrean people. Instead of saying Isaias saved in 1980 federation or confederation, etc., it is much better for you and your cohorts to be quiet. As far as I’m concerned, you always appear to the public when something happens. I guess you try to divert the attention of the public. For example, tell the people what you told the 9-10 people on the 7th floor of a building in Crystal City, VA.

Recently, the ex-finance minister Mr. Berhane B denounced and ridiculed Mr. Issayas. In the process, he took some heroic action as well. Shortly after him, a religious leader in Segeneti echoed and took the same stance.

I admire what both did. I am very curious and want to ask especially Mr. Berhane why now and what was his purpose in doing so. Similar questions were asked 40 years ago by some progressive people and as a result of their questioning, they were accused as leftist and rightists and were executed by Mr. Issays and his accomplices. This also occurred to the members of the G-15.

Mr. Berhane, I need an explanation for the following: