Posted on June 2, 2015 by awatestaff in Articles 8 Comments 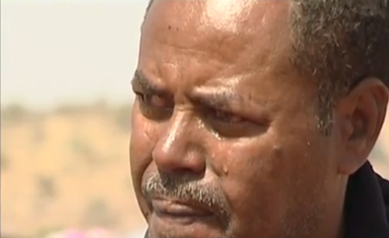 Last week Ethiopian Broadcasting Corporation aired a two part documentary about the general Eritrean situation. This is PART 1 of it. The documentary is heavy on interview and reports by eyewitness who are now stranded in several refugees camps across Northern Ethiopia. They include, army officers, college professors, housewives, students, conscripts, veterans, handicapped, artists, farmers, merchants, and diplomats. They have all escaped the hell that the Valineki Clique has created in Eritrea. And the exodus of hundreds of thousands of Eritreans who are forced to leave their country behind is explained by Isaias, “there is no lack of [people]who betrayed their families, their country and people, limited number, one or two, who are licking leftover from plates.”

Watch the documentaries and mourn over what befell the beautiful people of Eritrea who have to endure the cruelty of the Valineki Clique.