Nobel, a Juxtaposition of Leaders 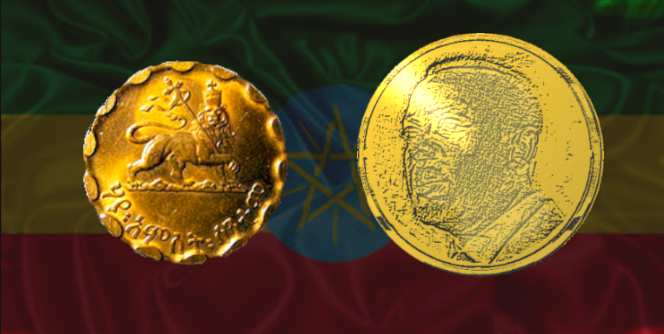 The Nobel Prize website Summarized the rationale behind the awarding of its prize of 2019 to Prime Minister Abiy Ahmed in these words:

“for his efforts to achieve peace and international cooperation, and in particular for his decisive initiative to resolve the border conflict with neighboring Eritrea.”

Laureates of the past

There was no mention of Isaias Afwerki (IA), Abiy’s partner in the resolution of the border conflict and the ensuing peace process anywhere. This appears to be a departure from a pattern that dominated the awarding of the prize to personalities who led their conflicting nations into achieving peace and settlement. This was observed in the prize when it was shared between the American Henry Kissinger, and the North Vietnamese negotiator Le Du Tho:

“for the 1973 Paris agreement intended to bring about a cease-fire in the Vietnam war and a withdrawal of the American forces.”

It was the same with Anwar Sadat of Egypt and Menachem Begin of Israel:

“for the Camp David Agreement, which brought about a negotiated peace between Egypt and Israel”.

The third time for the shared peace award to make a similar show is the one shared between Nelson Mandela and Frederik de Klerk, both of South Africa for:

“their work for the peaceful termination of the apartheid regime, and for laying the foundations for a new democratic South Africa”.

The fourth shared prize, following the same pattern, was the one shared by the trio Yassir Arafat of Palestine, Shimon Peres and Yitzhak Rabin of Israel:

“for honoring a political act which called for great courage on both sides, and which has opened up opportunities for a new development towards fraternity in the Middle”.

More citing could be provided but the above-listed will probably be enough to paint the picture which may, partly, shed light on the question of why Isaias Afwerki was not considered in the Peace Prize for which his negotiating partner was qualified.

Citing resemblances and patterns of the past would seem to favor IA for candidacy to the prize, but a quick review of the rationale behind the award shows that this is out of resemblance this time and detached from the pattern. Reviewing the stated reason behind awarding of the Prize to the above-listed winning candidates, and comparing it to the rationale behind the choice of P.M Abiy, will clearly point to a difference.

Take note that all the above-listed Prize awarded personalities were awarded for a single common reason: Negotiated cessation of conflict and achieving a peaceful end, while the grounds for awarding the prize to P.M Abiy was for his “decisive initiative to resolve the border conflict with neighboring Eritrea”. You may as well, round up and shorten it by saying: the formerly listed were awarded for finished businesses (achieving peace) while the latest, the one concerning Abiy, was awarded for the intentions (being decisive).

If this reading is correct, it may look as if it implies that the ‘Prize’s committee’, have, this time created a subcategory to the Peace Prize if not a fresh one altogether.

The presence of Isaias Afwerki in the picture during deliberations must have put the committee in a predicament pressing hard to come up with a creative solution. They might have thought and said: “We have a winner here, but, alas, the role calls for and requires at least a pair in the winner place wherein what we have is only one because we can’t touch the winner’s partner for his toxicity and come near him, we have to come up with a creative solution!” And they did come up with one; and that solution, unintended or intended, was conspicuously a rebuke of IA instead of a consolation, regardless of how much the committee may like or dislike the implication.

It was a rebuke, nothing shorter or clearer. The committee was even closer to admitting and saying it frankly, at the acknowledgment of the Nobel Committee Chair Berit Reiss-Andersen’s words when she said:

“Peace does not arise from the actions of one party alone” and … that they hope that the “peace agreement will help to bring about positive change for the entire populations of Ethiopia and Eritrea”.

There is a frankness in the committee’s chair words, probably meant to look as if it was a Freudian slip, leading to the conclusion that Abiy’s Prize was indeed for peace taking into account that peace needs a partner, leading to the further conclusion, that Abiy had no partner or his partner was not really a man of peace. the words of the committee’s chair have also by the same words alluded that Abiy’s award was, in fact, for an (unusual) Peace and only that his finished peace achievement is thinly veiled behind the code-word ‘decisive initiatives’ for convenience.

The Ghost of Isaias Afwerki

However, the fascinating side of the story remains, that, although the Prize was awarded exclusively to P.M Abiy, the ghost of his partner at negotiations was present all over it, left, right and center, albeit negatively.

Eritreans who are struggling for Justice should be rejoiced by this development because the winning of the Prize by the P.M of Ethiopia, has become, perforce, a moment of Juxtaposition of the Good and the Bad side by side, tagged as Good for the good, and Bad for the bad. It sounds like a free, first-class, prime-time commercial for their cry.

The Ethiopian people must also be congratulated for the association of this prestigious symbol to Ethiopia this time. although We, all the Eritreans for justice, envy them for the honor which their leader achieved, we also feel as glad and happy as they are on the occasion.

There is one little dissonant tune in this symphony of the Nobel Prize and it has to do nothing with P.M. Abiy’s merit and suitability, and in fact, what is to be pointed at now categorically transcends it. This spoiler tune personifies itself in a question that goes to the heart of the ethical question which this prestigious institution holds itself and sticks to. Is it, for instance, not ethical to award the prize, with all its glory and aura to a sitting head of state or an active politician? Is it not somehow, even if subtle and invisible, an un-invited intrusion and meddling in the internal political affairs of that candidate’s country? What if the assumed head of state was thinking of making himself available for a ‘re-election’?

A prestigious institution that claims to be working for peace should hold itself to the highest ethical standards. that is if it considers itself a Human institution rather than a European. This is not said because it is an occasion to point to the latest winner, admission to his deserved qualities are guaranteed in reality and according to the rules of the award foundation, and he may may be looked at as a victim of the system.