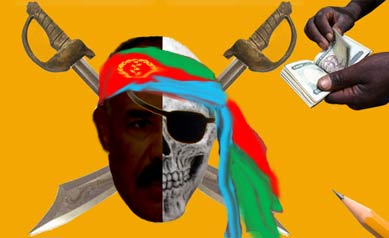 In 1976, when the Derg announced the change of King Haile Selassie’s birr in Ethiopia, the general public was reluctant to surrender the currency to the bank. People perceived the birr as a currency “guaranteed with gold” though by then the world had long dropped the system of defining the value of currency with gold. But Haile Selassie’s currency enjoyed high confidence that people preferred to keep it instead of the Derg’s Birr. Eventually, many people lost the value of their money and watched in agony as Haile Selassie’s birr that they stashed turned into valueless paper.

In 1991, the EPRDF government reprinted the Derg’s currency with slight changes, mainly to reflect the boundary changes after the separation of Eritrea which continued to use the birr. However, it was not until 1997 that Eritrea introduced its own currency, the Nakfa, which became the expression of the latent differences between the two governments. A two-year devastating war ensued in 1998 and it didn’t wrap up before consuming the lives of over 100,000 people.

The Eritrean currency was misconceived and, since its launch, it has been mismanaged by partisan hacks as opposed to professional technocrats. Instead of an image of a national currency, the Nakfa remained PFDJ’s decorated IOU slip. The regime, the major player in all sectors of the economy, manipulated the money supply for its own partisan ends. For instance, insiders estimate that since 2010, between 70-80% of the 100 Nakfa bills were out of circulation; all stashed away by affiliates and crime partners of the regime and that “the 100 Nakfa was apparently re-printed in 2011 but never distributed.”

The practice of governments soliciting debt to fund war and peace projects is as old as history; issuing bonds as a debt instrument to fund wars is as old as banks. However, while nations with responsible governments and transparent systems optimize the wise use of publicly borrowed funds, their opposites—un-elected, totalitarian governments—use bonds to strangle the victimized citizens and to milk them of their hard earned savings. For instance, Ethiopia is funding the bulk of the $4.8 billion cost of building of the Renaissance Dam through government bonds!

Eritreans have 25-years long history with government bonds; they are used to being swindled by the PFDJ regime and its boss who considers them his mere subjects. They have witnessed numerous bonds being floated—in the guise of housing development, in the guise of privatization, and in the name of a host of phantom projects that are never mentioned once the funds securely reach the PFDJ coffers. Unfortunately, a big chunk of the Eritrean population has tolerated the regime while it relentlessly robbed them.

Luckily, over the last few years the situation has changed: Eritreans now have reached a consensus that the government that is lording over them as a sort of a mafia outfit has to be removed. It is not fit to govern a village let alone a diverse nation as Eritrea.

They Control The Eritrean Currency

It is safe to assume that the Eritrean regime practically has its hands on every significant wad of Nakfa currency which is stashed in its vaults leaving a limited amount in circulation. Over the last few weeks tragic stories continue to leak out of Eritrea about suicides, insanity, and crimes related to people losing control of either their hard earned savings, or criminally acquired Nakfa. Having deposited the millions of Nakfa in the banks, many people are now waiting with fingers crossed hoping they would somehow be able to have access to their money.

The credit worthiness of the Eritrean regime is so low that not many citizens expect it to make good on its promises and pay back what it owes. It is notorious for reneging on its promises; thus, it maintained a despicable reputation. In 1790 George Hamilton said:

“We all agree that the main reason governments are formed is to protect the property of the people. Shall it be said that one of the first acts of this Government shall be to deprive citizens of this country of millions of dollars to which they are justly entitled? We may choose to cheat bondholders today. But, then how can we expect people to trust the Government to protect their safety and their liberty in the future”

That is why Eritreans are still living in anxiety and confusion since late last year when “on November 3rd, the Eritrean regime announced it will issue new currency and that Eritreans have six-weeks to surrender old currencies in exchange for new Nakfa at a 1:1 ratio.”

And “The Awate Team” is convinced what the PFDJ regime executed was a sleek trick to borrow a no-interest money from the public using deceit and coercion as a means. Depositors will be lucky if at some time in the future they will have access to the money they helplessly surrendered to the PFDJ banks.

Such stealth hold ‘em up adventure was being planned in the presidential office for too long. For starters, the regime has narrowed down the exchange rate gap of the Nakfa, between the official rate and the black market—which ironically is controlled by the regime. It has also secured enough cash to fund the pay-raise it started to implement—double, triple and quadruple salary raise depending on whether one is national service member, a graduate or an under-educated conscript.

The latest escapade certainly enables the regime to buttress its national financial standing after it coerced the people into surrendering their money to its banks. In reality, though, it basically circulated treasury bonds, tricked and forced the people to buy the bonds with no guarantee it will ever honor the bank receipts for the deposited currency.

The government is still updating its list of how much money every citizen and corporation owns, it has already started investigations and is summoning people to security offices for questioning. But soon, once the list is cleaned and who owns how much money, and who deposited what amount is correctly updated, the low-profile intrusion in private affairs will be more nuanced. When the usual blackmail starts, many risk losing their money for good. However, the regime operatives and their business affiliates are not expected to be harmed unless—depending on the amount of money they control—they are perceived as a threat to the regime.

Since citizen can only withdraw a few thousands Nakfa from their bank account, whatever the amount, even the wealthy are living on a bare minimum cash. For some citizens, the allowed amount is hardly enough to last them for a week let alone a month. However, the regime justifies this by alleging that people can issue checks—but it’s for limited amounts only. Worse, the Eritrean economy is a cash economy and checks represent a tiny fraction of institutional transactions; individuals hardly use checks.

Over the last 25 years the nepotism circles of the regime and its crime syndicate has created a new class of nouveau riche. Money in the millions flowed to Eritrea as ransom payments for victims of human trafficking in the region. Efficient, ruthless crime syndicates, mainly sponsored by the regime’s security and military power, has been flourishing under the PFDJ—and that corrupted class is the backbone and the main reason for its survival.

The Eritrean economy is mainly run by crude partisan cadres, rarely by professional technocrats. Operations are macro-managed by the know-it-all dictator himself. And as Adam Smith warned, such power in the hands of dangerous people like Isaias who has “the folly and presumption enough to fancy himself fit” to govern Eritrea. And he is empowered by foreign powers who do not care for Eritreans but for their selfish interests.

Eritrea’s mafia type economy functions for the benefit of the ruling party and its boss who uses the central bank as his personal vault disbursing funds through phone call orders—Isaias never signs a paper authorizing any of the millions that he disburses. His messengers who spend money buying anything from timber in Congo, to arms in Belgium, and oil in Dubai do his bids, including the signing. Almost two centuries ago, John Stuart Mill could have been talking about the PFDJ when he said,

“Not to add, that the issuers have, and in the case of government paper, always have, a direct interest in lowering the value of the currency because it is the medium in which their own debts are computed . . . Such power, in whomsoever vested, is an intolerable evil.”

Finally, when the announcement of the replacement of the currency came out, one of the rumored reasons was to usher the economy into an era of paperless currency. At the time of publishing, about one-quarter of the capital city is lighted by kerosene lamps, candles, and noisy private generators. Two quarters of the city is living in pitch darkness. and only one quarter has a temporary supply of power. It would take a regime change to just start contemplating an Asmara as cashless as Copenhagen. And it would take the erasing of the PFDJ painful memory to contemplate an Eritrean banking system with negative interest—where a depositor is required to pay a fee to have his money kept in a bank.