The Shingrwa Of Eritrean Politics

Posted on January 17, 2016 by Yohannes Abraham in Articles 85 Comments 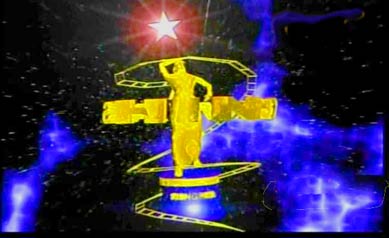 Just to make things clear first: ‘Shingrwa’ was the American idol of Eritrea, and the word which is borrowed from the Blin language, means ‘Star’. The first time it was aired on Eri-TV in 2009, I remember when we surrounded the TV on Saturday afternoons eagerly waiting to be entertained. To be honest, the first Shingrwa was really fun. Competitors were allowed to present either their vocal singing ability or dancing techniques. If somebody wrote their own songs, it was also welcome. I remember there was a certain amount of registration fee to be in the show, but it was not expensive. Amazing was to see how people from all parts of the country and all ages and classes jumped in to take their chances. It was the best chance to bring themselves in front of hundreds of thousands of viewers for the first time. Despite a success or a turndown from going to the next round, the mere presentation of the self on the national TV was an achievement in itself.

Farmers from far villages were there, because they believed in their talent as they had been singing to their oxen for years and the passing village girls glanced in their direction in admiration. Soldiers who played ‘krar’ and entertained their comrades in the gloomy life of the trenches were there because they thought they had what it takes–the calling and begging from their comrades to play the krar for them under those nostalgic nights of the front lines was their vote of confidence. Some city boys and girls or ‘kunini’ had joined in because they wanted the attention, and enjoyed the thrill of making the headlines among their ‘meteabiyti’.

For us, the audience, these people who couldn’t sing were the most fun. Because they were the clowns of the show, and everyone enjoys clowns. The serious singers who had been in the singing world for a while were not that entertaining. They repeated the songs we know in almost a perfection, then the judges – such as Mr. Barnabas commented on ‘abstract’ matters such as the ‘tonality’ and ‘rhythm’.

Now, enough of the singers and dancers Shingrwa. What I want to write about is the present day Eritrean diaspora politics that is aired on the cyber media and which to me is appearing to be more of a ‘political shingrwa’ than a genuinely sought after cause. In my analogy, the Eritrean political Shingrwa is similar in many ways to the real Shingrwa and here is why.

TV shows entertain people, and to ‘entertain’ one must effectively hit the main faculty of human entertainment center–the emotion. Most presentation of the political shingrwans tend to appeal to the emotions of Eritreans – the anger against the regime, the resentment of the Ghedli, the resentment towards the opposition politicians(as is this article, too!). The stories are built either on the far past of resentment and nostalgia or the far future of fear and uncertainty. Nevertheless, just like an addictive TV show, many of us never want to miss it, you can tell about this by observing how obsessed many of us Eritreans are to follow the issues on cyber media and specially Facebook.

TV shows engage people, especially the young and the fashionable. I don’t think most Eritreans are great conversationalists when it comes to issues that require ragging the brain for ideas. But, start with any Eritrean on politics, even those 16 year olds who have dropped out of school and made it across the sea safely will surprise you with their analysis of the division of the ‘useless’ opposition leaders, the ‘Eritrean problems by Eritreans’ mantra(they are mesarhi, as they would out it), and so forth. This is how superlatively engaged Eritreans are in the politics–I mean in the political show–no, I mean TV Show.

TV shows makes you a couch potato. I feel that the Eritrean political performers have many of us turned in to couch potatoes who are too lazy to do anything that brings about tangible change except play with the remote control – the computer keyboard in this case–and switch from one website to another, from one pathetic performance by a Shingrwa competitor(could be a website article or a Facebook post) to another Shingriwa clown. By the end of the late night that poor Eritrean who is always desperately looking for something of inspiration and uplifting will go to his bed, confused, melancholic, drained and less intelligent than the previous day (perhaps too much show even if it is a text post on facebook will reduce brain performance like too much TV does)

And now, let me tell you our diaspora politics and its similarity with Shingrwa based on the type of elements that it embraces. There are three dominant characteristic groups among the performers:

Go back in your mind to the first Shingrwa or youtube it and you will find those attention seekers that entered the show even if they sounded like an old ‘venti uno’ or they shrieked like a squirrel. When it comes to the Eritrean politics–calling it ‘politics’ only for lack of a better word–you will find a bunch of them rampaging the cyber space with their ridiculousness. These people will bring anything to the show as long as it gets them noticed. Out of the many futile voices that are barking against the other futile or half dead object on the other side of the fence, these people try their best to come up with any extreme sort of political opinion that draws the attention of us–the couch potatoes.

These political Shingrwa competitors are those who make a show out of the feat of anger and the blind destruction they cause. As John F. Boyes says: “Violence in the voice is often only the death rattle of reason in the throat.”  Well, who cares? – think these guys. They are like persons high on dope, only their drug is the anger and cynicism they host.

I bet many of us remember from the Eri-Tv Shingrwa how some competitors stubbornly stood in defiance of the criticism the judges announced.

‘I am sorry, you do not qualify for this round Mr.x’

The guy’s face would shrivel as if a bitter insult had been thrown at him. He would make a movement as if he would go away, but again would just stand there mumbling.

‘Sorry Mr.X, your vocal skills are not good enough to carry you past this stage….we wish you good luck in the next round”

Mr. arrogant finds it unbelievable that this bunch of good for nothing experts reject him. He takes the criticism as a personal attack on him.

Finally, he waves his hand impolitely and storms out of the studio.

Now, we do witness such cases in the political version.

The audience: “Mr. Y, sorry, but we don’t find you qualified to lead a political movement…”

Mr.Y would reply with that all too familiar arrogance:

“But…but…I have been in the struggle for decades, I was born before you were…”

“why! but I was among the first people who founded this movement….”

“Belu keriekumye!!” he storms out of the conference. Then straight ahead goes to his kinsmen.

“Dear kinsmen, today I came here to tell you how we need to assemble a political party that represents us. But first let me tell you something that has been done to you and you had no idea about, but my deep research and just diagnosed it! Guess what? We have been ‘Marginalized’! (marginalization-syndrome)”

The show goes on for a while, but, as did end the first shingriwa with the final resolution of ‘eti kokob ayterekben’ – meaning ‘no one has starred this competition’, the public has been screaming the same thing to our political Shingrwans, albeit in a loud silence, saying “What a disappointment! Where is the star? Our star? We see no star!” some might say, it probably could be the failure of the viewers to see it, but I say, what’s not bright enough to be recognized by the weakest of sights is not a real star. Call it a moon, a satellite, if you may, but definitely not a star.

Well, there are no stars; nor on the stage, neither on the Eritrean skies yet. But it doesn’t mean they do not exist. The faith that the stars will someday come out and shine is probably what keeps the viewers wide awake in to late nights probing the cyber skies for a glitter of hope.