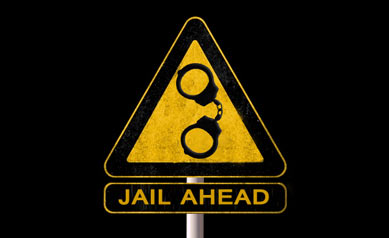 Pressure exerted by international governments and agencies to release prisoners of conscience, and the latest meeting where some of his select officials expressed the need for performance evaluation, has driven Isaias Afwerki to the edge.

The president’s independence day speech of May 24 exacerbated the fear of the business community that their ranks will witness some arrests when he sternly threatened, “a few deluded and corrupt individuals and government functionaries.”

The business community in Eritrea is mainly composed of people affiliated with the ruling party’s economic arm which monopolizes all major sectors. The rest are either individuals who are a facade for senior officials of the party, or enjoy the patronage of senior officers of the security and military establishments.

For over a decade, corruption has become a way of life in Eritrea; services in most government offices require the payment of bribes. In addition, several illegal operations take place inside Eritrea, including “ransom payments  for Eritrean hostages under the eyes of the government.” A common Arabic expression has found currency in Eritrea: “Hamiha Haramiha” meaning, When the guard is the thief.

About three-weeks ago, Isaias Afwerki called select officials from the ruling party and the government to discuss European and American pressure to reform his government and to release prisoners. Two of the attendants suggested that the government should make some improvements to avoid confrontation with the international community that might harm the country. They pointed out to the substantial promised aid package that Eritrea will lose unless it shows some flexibility. Isaias snapped and angrily reprimanded them emphasizing on the need to resist pressure from the “hegemonic West that does everything to appease the Weyane [his lexicon referring to the Ethiopian government].”

The few private business people including those affiliated with the ruling party have been expressing mild objection to the unyielding stand of the Eritrean government on the face of promised aid packages from West which might not be released.

It is believed that the widespread dissatisfaction prompted Isaias to call the meeting to gauge the general mood but the meeting didn’t  go well. At one time Isaias threatened the attendants, “I know that some corrupt officials and so-called business people are salivating and want to skim money from the expected European aid package; we have to clean that first.” He then stood up and walked out of the meeting room.

According to our sources, the business community is “shivering with fear” of what his statements might entail, particularly after he emphasized his threat in his independence day speech. Other sources indicate that the security authorities have already prepared a list of the targeted individuals.

Towards the end of his independence day speech, Isaias said the following:

“Let me mention, at this juncture, a matter that requires attention and which I would not like to gloss over. There are no short cuts or sudden leaps in the development drive or in accumulating wealth and prosperity. One may entertain aspirations and wishes and this is not, of course, a vice. But the malpractices manifested this year by a few deluded and corrupt individuals and government functionaries who sought to amass wealth by any means without toiling and working hard can only lead to a perilous path. Such deplorable practices of corruption and theft must be combated vigorously.“

It is not known  “whether the corruption rumors and threats that the presidential office is spreading are intended to terrorize the people into falling in line, or a prelude of an  eminent jailing spree.”

A few diplomats from the European Union, particularly Italians, have been spearheading an appeasement attempt to salvage the Eritrean ruling party with an aid package provided it accomplishes minor reform.

An Eritrean who lately escaped arrest and now lives in a safe  place told Gedab News that, “the regime is incapable of righting the wrongs.” He added, “if there is reform at all, it will only be cosmetic and short of the minimum required to change the disastrous course on which Isaias is marching.”