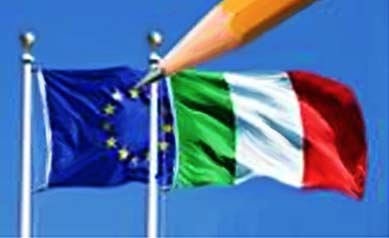 The purpose of Pistelli’s visit to Asmara, as he explained, was to demonstrate to “President Isaias personally … that Italy is ready to show a new willingness that will certainly enable the mutual trust that has been lacking among us for many, many decades.”

Meanwhile, Horseedmedia reported that Mr. Pistelli, flying on an Italian air force airplane, made a secret visit to Mogadishu where he met the Somali President, Hassan Sheikh Mahmoud and senior officials of his government.

According to reports, the main reason for Pistelli’s visit to the three countries was to “strengthen bilateral relations.”

Western countries considered Italy a reference on the Horn of Africa, particularly on Eritrea and Somalia, two countries it had colonized until Mussolini’s fascist regime lost against the Allies in WWII.

Throughout the Eritrean struggle for self-determination, Italy never sided with Eritreans. On the contrary, its ruling parties were cozy with the Ethiopian Derg regime to the extent that in 1991, Tesfaye Gebrekidan, former Foreign Minister Birhanu Bayeh, and other senior Derg official sought refuge in the Italian embassy in Addis Ababa to avoid being arrested by the victorious EPRDF forces.

Tesfaye Gebrekidan, who once served as the military governor and commander general in Eritrea, vice-president of Ethiopia, and Ethiopia’s president for a week after the Derg president, Mengistu Hailemariam, fled the country. They remained in the embassy until June 2nd 2004 when Tesfaye was killed in a brawl with Birhanu Bayeh.

In October 3, 2013, over 350 Eritrean would be asylum seekers perished a few miles off the coast of the island of Lampedusa, Italy, after the boat that carried them capsized. Since that tragedy, Italy has been moving frantically to control the flow of refugees to its shores and avoid tragedies and embarrassments. As a result, Italy’s search-and rescue-effort, which is called Operation Mare Nostrum (Latin for Our Sea), reversed the pre 2013 policy of blocking immigrants at sea or returning them to Libya, and criminalizing Italians who come to their rescue.

Anti-immigrant Italian politicians such as Matteo Salvini, the xenophobe leader of the Northern League, argues that the ‘cruel to be kind’ former policy deterred migrants from making the perilous journey and now he faults the current chaos in Libya that didn’t stop them. He contends that Operation Mare Nostrum encourages immigrants to come to Italy as evidenced by the spike in the number of arrivals: 8,000 and 65,000 for the first half of 2013 and 2014, respectively. This year, with the intensification of the war in Syria, new arrivals to Greece in the first half of 2014 spiked by 140%. But Germany argues that at the end of 2013 it has received three times as much applicants as Italy.

Italy, being the gateway and the transit point for most refugees who reach Europe has been pressured by European countries to play a major role in ameliorating the flow of refugees. However, Italy, with the mounting cost of Operation Mare Nostrum (initially $2 million, now at $12 million monthly), and faced with domestic pressure, is demanding that the European Union take a greater role in sharing the burden. Italy is also hoping to use its six-month EU presidency to put immigration at the top of the EU agenda.

The EU has allocated huge budgets to assist Italy in policing the waters and carrying out rescue missions in the Mediterranean, and it is also hoping to find ways that would help limit the flow of refugees from source countries, mainly Eritrea.

According to an Eritrean opposition figure, “Italy is playing it recklessly as it always did, appeasing the Isaias Afwerki regime with the hope of persuading him to embrace reform, hoping Isaias would help decrease the flow of refugees.”

To make matters worse, while Italy is playing the role of a persuader, a Scandinavian NGO is playing a kingmaker by assembling and funding a select group of Eritreans to pressure the Isaias regime into reforming itself. And if that doesn’t work, it encourages the group to be poised as a replacement to Isaias Afwerki’s regime. That has been a rich material for jokes around Eritrean resistance circles.

Leaving Pistelli’s “bilateral relations” misleading cover aside, the immediate goal of his trip is to prepare the ground for a regional conference, probably creating a forum, to combat human trafficking. He wants Ethiopia, Eritrea, Sudan, Egypt, Libya and donor nations to be part of his plans.

But Libya’s political and security conditions does not allow it to worry about Europe’s refugee crisis, and Italy is aware of that. According to AFP, Italy called “for the U.N.’s refugee agency to help the newly elected Libyan government deal with the huge flow of immigrants and asylum seekers setting off from its coasts for Europe.”

Still worse, Sudan and Eritrea, in addition to being the main producers of refugees and human trafficking victims, are ruled by corrupt governments some of whose officials are engaged in the racket of trafficking Eritreans as reported by the UN monitoring group and other sources. Italy’s attempts is doomed to fail–one cannot invite culprits to sit in a conference to help resolve a crime on which they thrive. It appears Italy’s gesture is an illusion at best and reckless at worst.

Both Sudan and Ethiopia host tens of thousands of Eritrean refugees and are the main markets for human trafficking rackets.

Expecting Ethiopia and Eritrea to cooperate makes Italy’s plan more bizarre because the two governments cannot work together unless their pending issues is reconciled: the border area that was ruled for Eritrea over a decade ago at The Hague, but Ethiopia is still holding.

Nor will Somalia cooperate and work with Eritrea because it accuses Eritrea of supporting Al-shabaab. Only less than two-weeks ago, Somalia sponsored a draft resolution calling for the creation of a landmark Human Rights Council commission of inquiry into the human rights abuses in Eritrea,

Italy has a divided public opinion and EU has an internal disagreement on immigration policy. In addition, there is a raging war in Syria, chaos in Libya, and a dictator in Eritrea becoming more recalcitrant to the international community. Given that reality, European immigration problems are far more complex than what Mr. Pistelli hopes to solve by his futile attempt to block the flow of refugees form the source, by retouching a regime of a dictator.

Refugees who reach Italy are fingerprinted according to what is known as the Schengen Agreement between 26 European countries that adopted a common border control policy, to facilitate unencumbered travel of their citizen. Refugees cannot continue their journey to another country but have to stay in the country where they first landed. This law has made Italy home to a big chunk of the refugees some of whom are now spread all over Europe. The Schengen law didn’t work. For refugees who trekked the Sahara, crossed seas, and went through the horrors of human traffickers, changing their fingerprints would not be a challenge: they have been burning their finger tips and disfiguring them to avoid identification.

During the last 30 years, European countries such as Britain, France or Germany, went through a process of integrating immigrants in their societies, though that gave rise to a few xenophobic movements. Italy is going through the same social and political change that other countries went through. Analysts attribute the recent rise of nationalist, populist and even xenophobic parties in Europe to the deep recession that followed the 2008 global financial crisis. With the rise of the Italian neo fascist ‘Forza Nuova’ (New Force Party), which specifically targets African immigrants, Mr. Pistelli’s focus on Eritrea may win his party support from the xenophobic Italian politicians, nothing more.

While the Lampedusa tragedy, and the recent showdown in Bologna between the supporters of the regime and those who opposed to it as a backdrop of Italian politics, Mr. Pistelli and his government have another problem: how do they plan to tackle the flow of refugees from other sources such as Syria, Afghanistan, and now Iraq? Attempts to solve Italian domestic immigration problems by treating it as a foreign policy is surely not a solution. Europe needs to do more to address the tidal wave of refugees to its shores, mainly by taking a firm position against dictators who supply the refugees, not appeasing them.

Mr. Pistelli could not possibly expect to resolve the refugee crisis without addressing the core issue: the dictatorship in Eritrea. If not, his government’s “determination to revitalize our bilateral relations and try to foster Eritrea’s full reinstatement as a responsible actor and key member of the international community in the stabilization of this region,” is a long chase of a mirage. His singing to Isaias, “It’s time to start over,” will remain a serenade under a closed window of an uninhabited house!

Related link: EU Sanction on Eritrea
* The name of FM Tedros Adhanom was wrongly mentioned before the correction