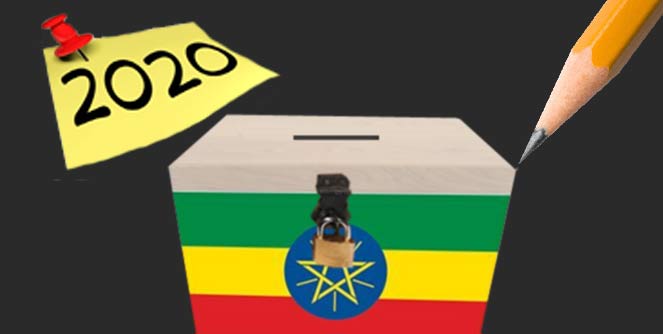 So far, no agreement has been reached between the Eritrean and Ethiopian governments regarding the demarcation of the supposedly vital borders which were the cause of the devasting two-year war of 1998-2000. The undemarcated border was the excuse by the Eritrean ruling party for the two-decades of economic stagnation and the abuse of human rights of Eritreans!

That is what the Ethiopian PM disclosed at a meeting with Ethiopian Diaspora in Minneapolis. Soon after Eritrea and Ethiopia signed a peace agreement in Algiers almost two-decades ago, a joint committee was tasked to implement the Algiers agreement, which the Ethiopian government indicated would abide by after a delay of 12 years. And since Ethiopia will have an election in 2020, what are the consequences of delaying or failing to implement the Algiers’ agreement before the planned elections? We believe that will be a watershed moment for Ethiopian peace and stability and will have a profound implication for Eritrea’s future.

Eritreans hope that a peace dividend that would come in the form of limiting the duration of the indefinite national service, freeing political prisoners, the implementation of the rule of law, and the start of the democratization process in Eritrea. However, this aspiration exceeds  a realistic expectation for the following reasons:

Through its surrogates, the ruling PFDJ party has already started a campaign to manage the expectation. It is moving the goalpost of the prerequisite of the border demarcation for peace, to the need for a political stability in Ethiopia. Moreover, the PFDJ regime has not shown any sign that it will change its repressive policies and loosen its grip on power.

Since the two governments announced the signing of a peace agreement, no troops withdrew from either side of the border. As a result, many people who have been calling for the demobilization of troops will soon find it imprudent to do so before seeing the outcome of the 2020 Ethiopian elections, as it is, the situation does not bode well for a lasting peace.

So far, the only notable change in Asmara and Massawa is the presence of Ethiopian tourists who reported their mixed feelings about their visit to Eritrea. An Ethiopian business delegation led by the Ethiopian Chamber had visited Eritrea to explore business opportunities. However, the conditions that faced many Eritreans who attended past investment conferences has not changed. Still, there is a  lack of hard currency, uncertain tax laws, stifling business environment, and corrupt bureaucracy. In addition, there is an unfavorable investment situation due to an unfair competitive advantage enjoyed by PFDJ run and owned conglomerate, The Red Sea Corporation, and its offshoots. It would be very hard to assess the of viability investment prospects in the short term. Some investors who spoke to reporters seem to have toned down their initial enthusiasm.  The only gesture that could encourage investors is the fact that now, Eritrean and Ethiopian passport holders can obtain entry visas upon arrival to each other’s respective countries.

Another major peace divided touted to help the Eritrean economy, in the long run, is Ethiopia’s use of Eritrean ports including Assab. The road distance between Addis Ababa and Djibouti through Dire Dawa, Ethiopia’s’ main economic corridor, is 850 km kilometers (528 miles) long, while the distance from Assab to Addis Ababa, which has not been in use for the last 20 years, is 861 kilometers (535 miles). Notably, early this year China completed a $4 billion, 756 kilometers (470 miles) electrical railway between Djibouti and  Addis Ababa and cut back the travel time from three days to eight hours.

A few months ago, the Djiboutian government seized control of a  container terminal that was operated by Dubai Ports World (DP World) and signed an agreement with a Singaporean company that has a close business relationship with China Merchant Port Holdings Co. to expand Djibouti’s congested ports.

China is building a $3.5 billion infrastructure for what is expected to become Africa’s largest free trade zone. The first phase of the project started this summer at the cost of $370 million; it will offer services such as trade and logistics, export processing, business and financial support services, as well as manufacturing and duty-free retail merchandise outlets. The Duty-Free Zone will also be a major connecting node in the “Belt and Road” initiative, the multi-trillion Chinese project that aims at becoming a critical gateway into the African markets.

If Ethiopia intends to use the Assab port, it must upgrade the Assab Addis Ababa road which at the moment is insecure for travelers crossing the Afar and Dankalia regions. The Red Sea Afar Democratic Organization (RSADO), one of the few armed Eritrean opposition groups may continue its military operation in the southern part of the country. Several Eritrean Afar opposition groups stated that any peace deal that does not include them is doomed to fail. Also, the Tigrai republic has expressed similar concerns and has requested that the Tigrai and Afar be part of any border demarcation process. Therefore, the assumed peace dividend is extremely dubious and has yet to be realized.

As many nascent electoral democracies in Africa, election results are often contested by the opposition that accuses the incumbent of either rigging the process or tampering with the ballot count. Ethiopia is no different. The EPRDF was widely accused of “stealing the 2005 election” whose rejection caught it by surprise. To prevent future surprises, the EPRDF created an unfair political environment by monopolizing the state media and implementing underhanded policies that curtailed the ability of the opposition to compete, and that led the EPRDF to control 98% the parliamentary seats. Thirteen years later, the Ethiopian opposition in exile used effective satellite broadcasts and succeeded in mobilizing ordinary Ethiopians to protest against the EPRDF monopoly on power and force it to reform.

Initially, the protest started after the arrest of Muslim scholars and leaders, and the situation was further aggravated by the rejection of the Addis Ababa urban development plan. Gradually, over 2015 and 2016, it spread all over Ethiopia and incited demonstrations against human rights abuses. In October 2016, Ethiopia declared a state of emergency that further exacerbated the unrest.

On February 12, 2018, protesters waged a three-day strike demanding the release of political prisoners and the lifting the state of emergency. The protesters erected makeshift roadblocks which hampered transportation activities. Vehicles leaving or entering Addis Ababa were stopped many buses and trucks stayed off the roads. A day later,  the government dropped all charges of terrorism against Bekele Gerba, secretary general of the Oromo Federalist Congress (OFC), and he was released from prison. In December 2015, Bekele had led mass protests by farmers in the Oromiya region, emphasizing on the land grabbing by international investors.

The destructive protest had led to a significant capital flight, and the burning down of factories that followed disrupted the economy and limited the country’s ability to earn hard currency. In turn, that led to the imposition of capital control, austerity measures, and currency devaluation. As we reported earlier, last fall the IMF director visited Ethiopia for the first time in 72 years to urge political reform as a way of averting the impending economic crises. The EPRDF leaders, in their marathon meeting last fall failed to see the writing on the wall, and grudgingly promised to release political prisoners and to introduce political and economic reform. However, it still remains to be seen if the reform plan will be replaced by realpolitik, election campaign politics, and security imperatives.

As of today, the Ethiopian election is twenty-months away and there are concerns that some groups will not play it fair and abide by the election results. In his US tour ten days ago, PM Abiy asked for forgiveness on behalf of the EPRDF for the ‘lot of dirty deeds it has done in the past 27 years’. Having been pushed out of the political process, some of the opposition members, particularly those who returned to Ethiopia, believe that one way to prevent future political disenfranchisement and ‘dirt deeds’ is to hold the EPRDF accountable. To that end, they plan to either vote it out of office or at least win enough votes to challenge its decisions. And that will translate to challenging its ability and its will to share power.

Some of the opposition groups want to amend the federal constitution, which they think is the source of Ethiopia’s political ills. The EPRDF, as well as the TPLF, in their conferences of last fall, defended and reiterated their commitment to the federal constitution. Therefore, any attempt now or after the 2020 election, will give rise to discontent by the historically disenfranchised ethnic groups. Organizations such as the OLF and ONLF, who were purged by the EPRDF in 1993 when they demanded the right of self-determination, may invoke article 36 to exercise their right to succeed. Other ethnic groups such as the TPLF are also threatening to impede the Eritrean-Ethiopian border demarcation process if their concerns and that of the Afar region are not addressed.

It remains to be seen what the political landscape will look like in Ethiopia in the next 20 months and beyond. If the recent realignment and dealignment of Ethiopia’s ethnic and political groups, in the midst of the current tectonic political shift in Ethiopia is any indication, it is very hard to foresee the future. It would also be difficult to foresee the outcome of the elections or what it would entail for the implementation of the Algiers agreement. And by extension, its implication for Eritrea’s political future.

Meanwhile, the current political uncertainty in Ethiopia, which was a result of three years of deadly ethnic unrest, has manifested itself in last week’s violent disturbance in Dire Dawa and Jijiga. So far, close to a million people have fled their homes following violent confrontations between Somali and Oromo as well as between Oromos and Gedeos of the SNNPR region. Abi’s rhetoric, emphasizing on preaching love and peace, might be undermining the importance of the rule of law and in a diverse country like Ethiopia, that might lead to an uncontrollable chaos.

That will certainly keep the already skittish investors at bay until the dust settles–a time that Ethiopia cannot afford to waste in bringing employment to the very Ethiopian youth who compelled EPRDF to reform.