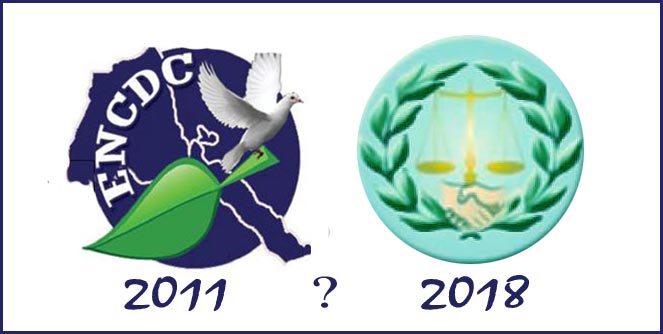 Since its formation in Hawassa in November 2011, the Eritrean National Council for Democratic Change (ENCDC) has been in a coma with no signs of waking up, though not yet declared dead. Many frustrated members and supporters of the ENCDC have all but formally withdrawn their enthusiastic allegiance.

For the last six years, the ENCDC has been marred by conflicts. It carries existential wounds some of which are internally inflicted, while others external injuries. The endless infights and mistrust has relegated the ENCDC to irrelevance and dwarfed its stature to that of a minor player in Eritrean politics, particularly in Eritrean opposition activities.

During the same period, the ENCDC and its adversaries held countless meetings and seminars to resolve their crippling problems, but none of the meetings emerged even with a minor breakthrough. For the supporters of the ENCDC, the statuesque is unacceptable and they complain “the inaction has demoralized even those who were its ardent supporters.”

For the last two decades, most of the ENCDC member-entities have been stationed a thousand kilometers away from Eritrea in Addis Ababa, the Ethiopian capital city. Their presence in Ethiopia has always been vigorously opposed by a large segment of Eritreans who never subscribed to the goals of the opposition agenda. However, in recent years, ardent opposition elements all over the world are questioning whether operating from Ethiopia has benefited the opposition at all.

In addition, the Eritrean opposition forces have always been targets of a resilient onslaught by the Eritrean ruling party (PFDJ), which found the Ethiopian link a convenient attack tool to defame the opposition and alienate it from the public. However, many ardent opposition elements are having similar views insisting that the Ethiopian link has become a liability and a burden that the ENCDC must offload if it cannot make it work for its benefit.

During the last five months, consultation has been going on among several prominent opposition members in many countries to find a way to get out of the “vicious cycle in which the ENCDC finds itself in Ethiopia.”

Notably, many opposition elements accuse the Ethiopian handlers of heavy-handedness and unwarranted interference in the Eritrean opposition affairs. They claim that “they are more interested in their narrow future regional interests at the expense of the Eritrean cause.”

Ethiopia provides varying support to different Eritrean organizations, but most of the support it provides is token funds to cover sundry expenses and free office space and bearing the cost of the many meetings. An activist from England asked, “what good is an office if not a single tangible contribution to the struggle against the PFDJ cannot be presented?”

According to our sources, the consultations among the opposition members has resulted in “an agreement to give the ENCDC an ultimatum to immediately plan to hold the long-delayed second congress with whoever is willing to attend. He added, “if Ethiopia refuses to allow the convening of the Congress in its territories, they should pack and leave…and if the ENCDC cannot function outside Ethiopia, it should dissolve itself and let others fill the vacuum.”

However, most of the supporters of the ENCDC believe they “can rejuvenate the ENCDC provided its leaders become resolute and take action.” The consultations which included opposition members from Australia, Sweden, Germany, the Netherlands, The Middle East, Sudan, and Ethiopia has culminated in a commitment to raise funds for convening a congress should the leadership take a resolute decision.

So far, the ENCDC members organization has lost many active members and those who remain loyal seem to be so frustrated by the weak performance of the opposition forces and might withdraw their membership or look elsewhere for an alternative.

With the absence of Yemen and Sudan, only Ethiopia is left with the Sana Forum.