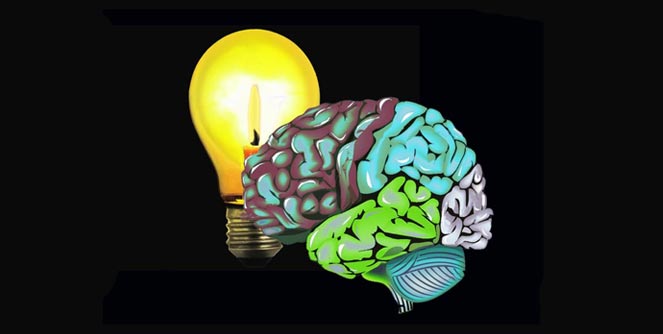 “Begin challenging your own assumptions. Your assumptions are your window on the world. Scrub them off every once in a while, or the light won’t come in.”  —Alan Alda

If you ask an artist what is the most difficult subject to paint while retaining true likeness, you are likely to get the answer, “myself” said Peter Stark. The most distorted lenses of leadership are “those lenses through which they view themselves” and the most challenging aspect of leadership is “their readiness of taking feedbacks about their ability”. Leaders with false perceptions regarding themselves and how others see them, usually reject critics and feedbacks. They are always, defensive, angry, and retributive in nature.

Leaders must be “learners, goal setters, open to feedback, and change with circumstances to advance their leadership and goals of achievements”. Good leaders stay future-focused, always maintain a positive vision of leadership success, with the change they set with their teams, making clear to the benefits of making changes. Good leaders also recognize “the potential of individuals, and hence motivate them to continue to learn and grow, in order to raise the bar and harvest more success in their endeavor”. Lao-tzu had once aptly said that “he who knows others is learned and he who knows himself is wise”. Our nation needs leaders who know their limits and understand the capacities of others around them to capitalize and utilize them for the common good of their people. Unfortunately, the Eritrean individualism spirit did influence to produce the nature and quality of leadership we have at the helm of power. The effect will be felt for some time in the struggle between “individualism” and “collectivism.”

The demands and expectations of political leaders have never been higher in the opposition camp in particular and in the Eritrean political landscape in general than any time in our generation. Leadership is about envisioning and conveying a clear vision to your followers in particular and to the public in general. Their views have to be not only on the present crises but also well into the future opportunities.

At awate and elsewhere in the Eritrean mass media of the opposition camp, there were debates on PFDJ; and there are these perceptions that PFDJ is not an organization, PFDJ does not have institutions, a one-man organization is not an organization or a party per se, all to blare the nature of their enemy and to emasculate the strength of the resistance forces against the regime. Movements and activists who do not know what an “organization” and a “party” entails, movements and activists who are not able to evaluate the strength and weakness of their enemies, movements and activists who do not understand the ideology and the political philosophy of their enemies, could not have a clear vision and a strategy to mobilize their people to defeat the PFDJ party and to dismantle its institutional organs that suffocated the Eritrean people for decades.

The Role of Individuals in An Organization

If politics is defined broadly as competition for power over people and things, then clearly all societies have some sort of political system. Therefore, it is naïve to say there is no a system in Eritrea. Equally, all society recognize the political leadership of some sort. And here where it comes the role of individuals in an organization, in which individuals will have authorities to make decisions concerning their organizations or their nations as a whole.

Individuals could have the abilities to shape the attitudes, behaviors, and the worldview on the members of their organization in particular and in the public in general. Individuals could have the abilities to indoctrinate the members of their organizations in the ideological philosophy they envisioned for their organizations and by extension for their entire society. EPLF’s history clearly demonstrates that kind of political culture, with no exceptions as we have seen in the dipole ideological competition.

The process by which individuals legitimately acquire a political office or authorities could be by succession, or by-elections, or in small forging societies by personal achievements than by-election, and thus, in such societies, individuals may become a leader without a vote. It is simply because the society has proven his ability more than the others by which everyone tacitly agrees on the leadership of the individual. Mesfun Hagos once reflected the same impression in one of his interview as to why Issayas was their leader throughout Ghedli and later on the national stage until the fateful date that Issayas has incarcerated his colleagues.

Issayas had cultivated and elevated in to a power, way back during the Ghedli era, in which he forged an organization in his “image” and his “political philosophy”, that gave him the perception within the organization as the “great achiever” andsomeonee who has proven his ability more than any member of the organization. That unwarranted accolade he received within the organization make him the only leader capable to lead EPLF organization. Unfortunately, EPLF also projected the same perception to the Eritrean societies after independence. The Eritrean people especially the Highlanders started to worship him as deified mortal – a mortal hero worth of worship. There were even days people were murmuring and talking in the streets of our cities “Beynu Endyu Ezi Sebeay, mesarhiti Yeblun.” The Highlanders idolized him as the only leader capable to lead and govern the nation of Eritrea, until his government started encroachments on religious institutions and “national symbols” that unite the Eritrean people, jailing their religious leaders, taking their children to endless modern slavery, creating state-controlled economy to benefit his party loyalists, and changed the norms and way of their lives.

Now PFDJ is successful in transforming the “National army” to “PFDJ army” the “National security apparatus” to “PFDJ security apparatus”. They have successfully politicized the most powerful institutions of the government that ought to serve the Eritrean people and the Eritrean state. Under such circumstances, to mislead the Eritrean people that PFDJ is not an organization and is running the state of Eritrea without institutions is a baseless argument and has no the elements of truth.

Different leaders are produced in a different span of time and place, dictated by different situations and circumstances. Leaders produce change and create future viabilities for their people and their nations. They do it by providing directions, aligning people, and motivating their organizational members in particular and their citizens in general. They provide direction by establishing visions, developing the strategies, and coping with the change that the strategies could provide them. They align people by communicating the direction, engaging with the people for the implementation of their strategies, and building commitments of the people towards their projects. They motivate the people by putting their plan into a slogan, coaching and empowering their staffs to all levels of their organization, and recognizing the success of individuals in their assignments.

None of the aforementioned strategies and directions can be accomplished without organizational skills who sets goals and operational plans, and who could develop Plans, policies, procedures, and systems for monitoring the operations.

The ‘Placebo Effect’ in Politics

Conventionally in medicine, the placebo effect has been thought of as triggering a self-healing using fake drugs. How does it work? Suppose I take a sugar-pill (candy) believing that it is a pain reliever and that belief causes my brain to release endorphins. Endorphins are specialized receptor-cells that are primarily found in the brain and spinal cord that blocks the transmission of pain signals. Similarly, in politics, the placebo effect is how our expectations can bend realities, and how minds change minds. In politics, the placebo pill is “hope.” We instill hope to follow human being to have a positive mood, block the signals of despair, and alters your behavior in the present. Hope creates a positive mood about an expectation, a goal, or a future situation.

The cognition associated with hope, how we think, and when you are hopeful, are the pathways to desired goals and reflects motivations [Snyder, Harris, Anderson, 1991]. That is why, “better problem-solving abilities have been found in people who are hopeful [Change, 1998]. Besides, there is a co-relation between hope and emotions. Lazarus has explored the role of hope as an emotion and as a coping resource against despair. Hope is better understood as a cognition that creates a positive mood [Lazarus, 1999].

Coincidentally, Saleh Younis, in his latest column AlNahda wrote, Eritreans choose hope over fear and love over hate. One hopes his premises to hold true. He talked about hopes with an enveloping moral culture on the clashes of social vision in the Eritrean politics – the Eritrean people against the government’s socio-cultural policy. This edition of “Tebeges” reinforced his claim, hope as a weapon against despair to bend realities towards the expectation of the Eritrean people. Instilling hope motivates people to fight for their rights even if it asks the ultimate sacrifice.

In conclusion, I will leave my readers with these two provoking questions (a) Can we administer our differences to govern ourselves equitably? So far, no signs of competence to justify that (b) Do we celebrate our diversity as a force of our common identity? No signs of admirable cooperation among themselves.

– Snyder, Harris, & Anderson (1991) “The will and the ways: Development and validation of an individual differences measure of hope.” Journal of personalities and social psychology, pp 66, 570-585.