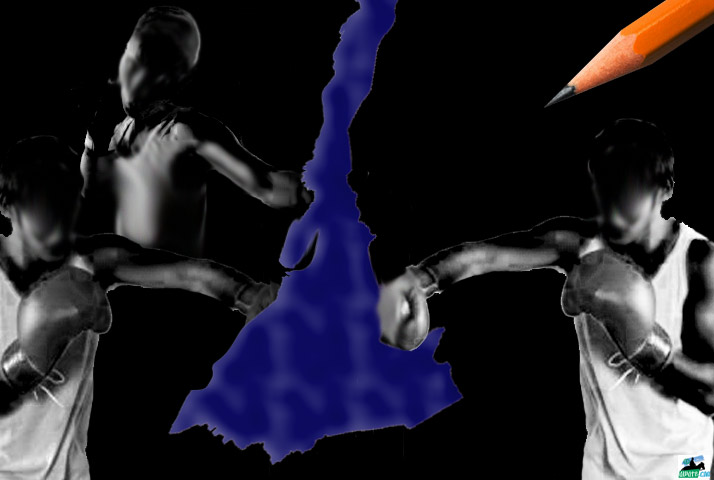 Since it held a congress in Hawassa in 2011, the Eritrean National Congress for Democratic Change (ENCDC) has been in bed fighting for its life, unable to move a single step towards its goal of democratic change in Eritrea. It is still bogged down in endless and crippling partisan maneuvers. Worse, its Ethiopian ally had a second-thought about the Hawassa congress and hastily convened a parallel congress in Debrezeit, in July 2012—a month before the death of Meles Zenawi.

Since then, some entities within the opposition decided to dismantle what remained of the ENCDC, while others, adamantly holding to its ideals, are determined to resuscitate and give it a new lease of life. Naturally, many believe that the absence of Meles Zenawi has really left a void in the way the Eritrean opposition portfolio is handled: unclear mandate between the Tigray and the federal governments. That ambiguity forced the Eritrean opposition to be sheltered under the maxim of, “Don’t fully drain the lake to keep the fish alive.”

Keeping a balanced Ethiopian policy, joggling regional and federal interests and considerations, required the skills of the late Meles Zenawi, whose departure denied the policy compass, its magnetic needle. And for the last five years, the Ethiopian policy on Eritrea in general, and on the Eritrean opposition in particular, has been nothing but chaotic. Unfortunately, that has made the Eritrean opposition the primary victim of the chaos. However, it must be noted that Eritreans are the main culprits who sustain their own abysmal situation: lack of statesmanship in the Eritrean government, and lack of decisiveness and ingenuity of its opposition. On the same token, Ethiopia didn’t live up to the role of a politically mature neighbor. Faced with such dilemma, several Eritreans made goodwill gestures to contribute towards ameliorating the situation, through a serious and honest engagement, their initiatives have been silently sabotaged.

Ethiopian authorities have long declared the intention of their mediation was to narrow the gaps between the Eritrean groups; the current cycle of mediation has been cooking on low fire since 2012, and on a fierce furnace since 2015. Strangely, the gaps didn’t narrow but have widened, and it keeps widening.

There seems to be a rotating veto power that is periodically assigned to one Eritrean or another, depending on the prevailing situation. Some individuals with no evident political weight have been dictating their will whether the ENCDC should move forward or stay bogged down in questionable stagnation. Every time a breakthrough appears on the horizon, and the people breathe a sigh of relief, an individual, acting like a superpower with absolute political leverage, have so many times pushed the crisis to where it was a year or so earlier, dashing the hopes of Eritrean forces of justice, by hastily manufacturing a new impasse, or reviving an already resolved problem. It has always been a never-ending cycle of disappointment for many Eritreans, and burning the fingers of the “Sana’a Forum” whose chief official is hammered by the Tigrai government, on the anvil of the federal government. And It’s not clear, whose interest the third arm, the intelligence unit, advances.

Obviously, several opposition members don’t seem to have any sense of urgency–it appears their priority is to keep the ENCDC immobile and then relegate it to irrelevance—risking very bad consequences. Unfortunately, some bad political complications are beginning to show their ugly faces. Even those who fought hard to resist the provocations seem to be giving up, and worse, they are rehearsing an equally destructive posture.

Without going into the details of the cycles of deliberations, meetings, consultations, and seminars, a preparatory committee that was formed to prepare and convene the second congress of the ENCDC has so far failed to do so.

By 2015, the never-ending cycle of deliberations became unbearable and the public exerted pressure on the ENCDC to hold its meeting with the attendance of the willing entities alone. If a group or groups decide not to attend, the rest of the opposition should not be held hostage—those who do not wish to attend could have other priorities or considerations. So far, ambiguous signals from the Ethiopian authorities in the form of camouflaged threats and ultimatums didn’t help–the majority of the opposition forces does not have other venues except Ethiopia, and the ENCDC could not hold its congress without an explicit approval of the authorities in that country. Sadly, the Ethiopian allies neither gave an approval, nor an unambiguous refusal, and kept the ENCDC in a limbo when it had to plan issues of security, logistic, and finance.

In 2015, a few in the opposition believed the major impasse of the ENCDC would be overcome with the coming of a startup (albeit loaded with funds) opposition group: Medrek. The group floated an ambitious plan to transform and lead the opposition camp. It attempted to hold a congress/conference of its own for that end. However, its plan consisted of a run-of-the-mill goal: Let’s discuss and find a way to get our views closer and agree on a minimum program! Uncountable meetings of that nature were held and failed because they were all mouthful of a goal that turned into nothing because they seemed to forget that conferences and congresses were not an end in themselves, but means supposed to get the opposition closer to the end: bringing change to Eritrea.

Consultations with Medrekh resulted in the Nairobi meeting of October 2015, and it centered around a specific goal: cooperate with the ENCDC to hold its congress. It seemed Medrekh was convinced (or pretended it was), and that was the informal agreement that brought most of the attendants to the Nairobi meeting.

Since the opposition faced a stalemate, it was hoped that Medrekh could help in overcoming the hurdles by achieving the following goals:

It’s with those four goals that the meeting of Nairobi was held. However, once most opposition groups attended Nairobi, Medrekh salivated and wanted to play politics; it started to promote its own congress aggressively, still striving to form a group it can lead. That also faced hurdles and Medrekh decided to cozy up with Ethiopia; it became one of the many groups doing insignificant politics, without adding any value to the Eritrean opposition. In short, it squandered a golden opportunity because of the empty pride of its leaders and chose to pursue NGO type politics instead of providing leadership and humble demeanor—against internal and external advises that its leaders ignored.

About three weeks ago, the “Sana’a Forum” admirably used its leverage to bring the parties of the ENCDC to a common ground. However, it didn’t take time for a leader of one of the groups to flex his veto power and demolished the hopes. Last week, the meeting continued between the representatives of the conflicted parties, and the impasse was seemingly resolved again. But for the second time in one-week, the same leader used his veto power and took the impasse back to where it was in 2015. The only positive outcome so far is, that Kornelios Esman, the leader of DMLEK, who had a simmering difference with several organizations, showed magnanimity, gave in to persuasion, and helped resolve the problem. Apart from that, the marathon meetings are going on, it is unknown if this time, the Ethiopians will use their leverage–a meeting is scheduled for Wednesday morning, as this edition is being published.

This time, the ENCDC should make bold decision: if it cannot hold its congress in Ethiopia, it should seriously consider other venues, even if it is done in different places simultaneously, because that is what the overwhelming members of the organizations are demanding. As it is, there is a very thin thread left between a breakthrough, and a journey back to the time of the original impasse—that feeble thread faces the risk of being cut anytime, and there is fear that the endless drama might continue as a few actors play their choreographed roles in the middle of Addis Ababa.