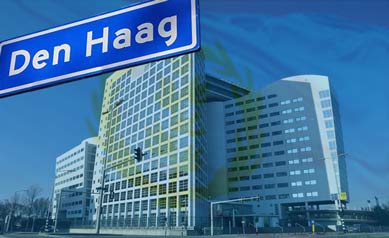 On June 8, 2015, the CoIE made its 485-page report public and confirmed to the world community the sufferings that Eritreans are enduring under their government.

Both mandate holders will “investigate systematic, widespread and gross violations of human rights in Eritrea with a view to ensuring full accountability, including where these violations may amount to crimes against humanity.”

The CoIE report found that the Eritrean government is committing “systematic, widespread and gross human rights violations … in a climate of generalized impunity.”

The Human Rights Council (HRC) draft resolution dated June 30, 2015, commended the CoIE “for completing its work in a transparent, impartial and consultative manner.” And it reiterated its deep concern at the “grave violations of human rights by the Eritrean authorities against their own population and fellow citizens.”

According to the HRC, the CoIE report is important and that the collected information support “future accountability efforts.” Further investigation may result in referring the perpetrators of the violations to the International Criminal Court and further sanctions by the UN against the Eritrean government.

Several sanctions regimes have already been imposed on the Eritrean government for its cross-border violations, unrelated to violations against the Eritrean people. This is the first time the UN has recognized government violations meted on Eritreans.

The CoIE report has pleased Eritrean victims of the regime that on June 26, 2015, thousands of them flocked to Geneva from across Europe and other parts of the world to express their support for the CoIE report.

Though on 28 January 2013 it has signed the Strategic Partnership Cooperation Framework for 2013-2016, the Eritrean Government has denied entry visas to UN officials working on human rights-related projects.

Statements by Eritrean officials, and its media, consider the work of the UN investigators an assault against it and mainly instigated by the United States of America.

The HRC asks the Eritrean government provide the High Commissioner of Human Rights, detailed information of detained persons, “including members of the G-15, journalists, those detained in the aftermath of takeover on 21 January 2013 of the building housing the Ministry of Information, and the 19 Djiboutian combatants.”

Updated: the HRC published a draft resolution and not a report as previously stated. The content was updated to reflect that. The draft resolution is expected to be adopted by the assembly on the second or third of July.