Posted on September 9, 2020 by Ismael Ibraheem Al-Mukhtar in Articles 63 Comments 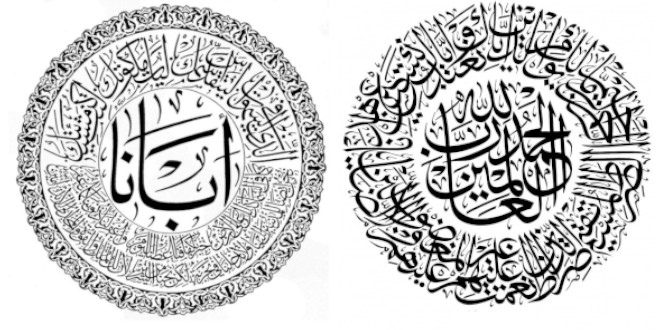 Orally told stories relate a conversation that took place in the first parliament in Eritrea in the 1950s. During a heated parliamentary debate on the official languages of Eritrea, a member of parliament from the Independence Block stood up to speak in favour of adopting Arabic as the second official language of Eritrea. As he was speaking in Tigrinya, he was interrupted by another pro-union parliamentarian who asked him rhetorically, why do you speak in Tigrinya, speak in Arabic? Isn’t Arabic your language, as you claim!? This exchange highlights the tensions surrounding the status of Arabic in Eritrea. It is a tension that began early in the history of the national discourse and continues today in different forums. Eritrean politicians and intellectuals have taken various opposing positions. Some relegate Arabic to being the language of the minority Rashaida and Muslim religious rituals. Others view Arabic in Eritrea as the prime language that supersedes all local languages.

Eritrean history, culture, and social reality is intertwined with the history and culture of Arabia. Eritrea was the meeting point between the two cultures across the Red Sea, the Semitic-Arabian and African cultures. The Axumite kingdom, the Geʽez language and its off-shoots Tigrinya and Tigre have deep Yemeni-Arabian connections. Across centuries, through migration, trade and invasion, Eritrea has been subject to waves of Arabian influences. Accordingly, Arabic language has been part of the Eritrean mosaic from early time in history. The extent of Arabic influence and presence in Eritrea before Islam can be debatable, but the possibility that it was part of the Eritrean mix of languages is undeniable. According to some historical reports, the king of Abyssinia who welcomed Prophet Mohammad’s companion spoke Arabic and had spent part of his youth in Arabia. With the arrival of Islam, Arabic spread further and deeper.

Colonial powers utilized both Arabic and Tigrinya in their communications with the public and in line with their divide and rule policy, treated Arabic as the language of Muslims and Tigrinya as the language of Christians. During the era of Eritrean self determination, the emerging two main political groups took two opposing stances. The independence block led by AL Rabita advocated for the recognition of Arabic and Tigrinya as official languages. The pro-union block opposed the recognition of Arabic and favored Tigrinya only or Tigrinya and Amharic. In drafting the Eritrean constitution, following the establishment of Eritrean parliament, the official language article was the most contested. After heated debates, much wrangling and negotiated compromise, the parliament voted in favor of article 39 which stated:

During the armed struggle era, the Eritrean Liberation movement (ELM) and Eritrean Liberation Front (ELF) held to the position adopted by the independence bloc and the constitution ratified in 1952. The ELF reaffirmed its stance of favoring bilingual official language policy in its 1971 congress. However, a diverging minority view was emerging within its ranks. The authors of “Our  Struggle and its Goals” –Nehnan Alamanan– (1971), seemed to question the validity of the 1952 bilingual official language policy. They noted:

“Arabic became one of the official languages in Eritrea only through the “Federal Decision” of 1952 in which the Eritrean people did not participate”.

Later, the Eritrean Liberation Front (EPLF) adopted what was termed as the “equality of language policy”, which practically diverts from the long-established bilingual policy. Following Eritrea’s independence and during the drafting of the 1997 constitution, the official language debate came to the fore front. The draft avoided any mention of the official languages and instead formulated article 4 (3) which simply stated:

“The equality of all Eritrean languages is guaranteed”.

Pros and against arguments in Eritrean parliament

Eritrean parliamentarians passionately debated the official language issue. Both sides of the debate presented their arguments forcefully. Most of these arguments are still relevant and form the basis of much of the arguments made today. Here is a short synopsis of the pro and opposed arguments made in the parliament.

Analysis of issues of contention

a) Is Arabic a mother tongue in Eritrea?

The simple answer is no, except for the Rashaida. However, a deeper look would illustrate that even though Arabic isn’t a mother tongue, it is a language that has a strong presence in many Eritrean homes. A cursory look at many Eritrean Muslim families illustrates that next to their mother tongue, many speak Arabic. Furthermore, in laws with different mother tongues, widely use Arabic as a common medium of communication and correspondence. This is most commonly noticed within a wide spectrum of Massawans and the lowlanders. Moreover, Arabic language terminology is prevalent not only in the Semitic languages of Eritrea, but also the Hamitic languages, such as “Saho”. The Tigrinya spoken by the Jeberti, for example, is full of Arabic terminology. Reading the “Saho” poetry, particularly the poems of the legendry “Saho” poet, Haj Saleh Indego, we find a lot of Arabic vocabulary usage. Usage of Arabic has become even more prevalent today within the largest Eritrean communities in diaspora, in Sudan and Saudi Arabia, where Arabic has become a household language.

b) Is Arabic a religious language?

Yes, and more. Arabic is the language of the Quran and Muslim prayers. But proponents of Arabic reject the notion that it is limited to religious observances and oppose equating Arabic to Ge’ez, the language used by the Tewahdo clergy. At the request of Enzo Matenzo, the UN envoy to Eritrea, the late Mufti of Eritrea wrote an elaborate letter in 1950, explaining the prevalence of Arabic and how far it is used by Eritrean Muslims at that time. The letter highlights the following points:

c) Is Arabic a threat to Christianity?

Semere Habtemariam in his book on the history of the Tewahdo church notes:

“Christian Abyssinians, whether in Eritrea or Ethiopia, don’t have any problem with Islam, but they are not comfortable with the importation and promotion of a language and culture that would give their cherished heritage a run for its money. Arabic language is perceived as a fundamental threat by most Christian Abyssinians”. Page 266.

The above noted fears is understandable. Historically, the spread of Arabic was associated with Islam. Arabic might have also been conducive to the spread of Islam in some cases. However, looking at the Arabic literature today and in the past, we find that some of the most prolific poets, writers and proponents of Arabic were Christians. One of the highly celebrated poets during the early Umayyad Islamic caliphate was a Christian Arab, known as Al-Akhtal, in addition to others who came later. In contemporary Arabic literature the names of Christian Arab writes such as Jubran Khalil Jubran, Mikhael Naema, Salama Mussa, Boutrous Albustani and others are among the top. One of the top proponents of Arab nationalism was a Christian, Michael Aflaq. Some of the oldest Christian churches and communities in the world today speak Arabic. Therefore, it is not entirely accurate to associate Arabic with Islam only or to perceive Arabic as a threat to Christianity. Arabic is the language of significant Christian communities in the Middle East and diaspora, estimated to be around 15 million. Some of these Christian communities have been using Arabic prior to the advent of Islam.

d) Is the proposition of officiating Arabic genuinely Eritrean?

Some opponents of Arabic assert that the idea of officiating Arabic was not genuinely Eritrea. It was an idea implanted by foreign forces and agents. Such an assertion is certainly detached from reality but have some validity in some respects. Eritreans were divided over Arabic language, mostly along sectarian line; Muslim Eritrean, despite many of their disagreements and political divisions, they were unanimous in calling for officiating Arabic, including Muslims in the Unionist Party. This unanimity came from within much before Petro-dollar or Arab nationalism influences. Certainly, there is an element of Arabism that can be attributed to foreign agents. During the armed struggle, the Ba’ath Arab nationalist party -with its two rival branches in Syria and Iraq- was attempting to infuse Arab nationalism into Eritrea through some of the Eritrean factions it sponsored. This definitely is objectionable. Eritrean calls for the officiation of Arabic wasn’t a call for embracing Arab nationalism. Such calls were alien to Eritrea and shouldn’t be confused with the legitimate demands clearly expressed by a significant segment of Eritreans.

e) Is the Arabic language the real issue?

Debates over official languages and other similar national issues are not unique to Eritrea. The real issue, however, isn’t whether Arabic should or shouldn’t be official.  The real issue is the “mindset” through which these issues are address. A calm, objective, common-good oriented mind set is critical for a meaningful and healthy debate. A mind set that thinks in “We” not “Me” terms; pursues a “Win-Win”, not “Win-Lose” outcomes; searches for “common ground” not “dichotomy and exclusion”; seeks to understand before it seeks to be understood. Arabic language contention is a symptom of a bigger problem that undermines effective resolutions of contentious issues. Agitated, fear-driven, conspiracy-ridden, partisan-spirited, segment-based approaches only prolongs the tension and entrenches factionalism. A paradigm shift within Eritrean discourses is certainly overdue.

The Eritrean reality today is far from what it used to be in the 1950s. Tigrinya isn’t a kebesa language anymore. It has made significant strides to be a full-fledged language. Arabic has also made huge in roads within the general public and among a growing number of the educated and intellectual segments. Today in the global world, linguistic, sectarian, ideological boundaries have lost meaning. The way to thrive in this new world is to learn, to engage, to reach out and to embrace with confidence and independent mind. No wise Eritrean should shun away opportunities to learn Tigrinya and Arabic. That will only undermine their scope and limit their horizon.