Posted on January 2, 2017 by awatestaff in Articles 17 Comments 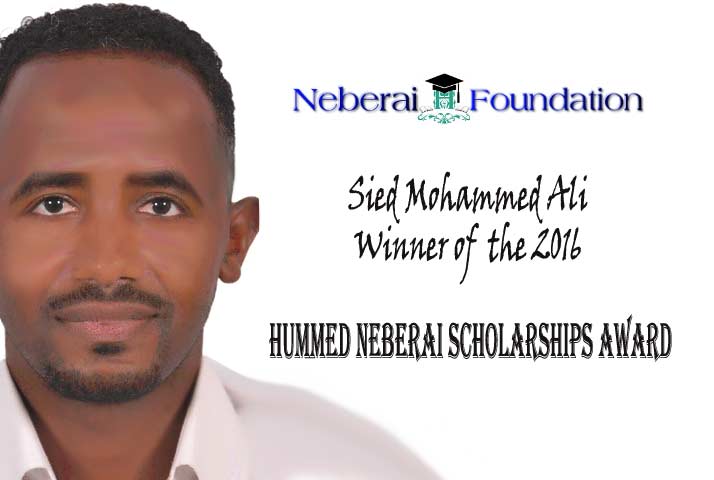 Brief biography: Mr. Sied Mohammed Ali was born in the village of Ala-Bolosto, near Dekemhare in Eritrea. His elementary schooling was at Ala. He left his hometown and family to continue his education at the Dekemhare Comprehensive Junior and Secondary School. He completed twelfth grade in 2007 at the Warsay Ykealo Secondary School, in Sawa.

Mr. Sied passed the 2007 ESLE (Eritrean national secondary school leaving examination) with distinction scoring 3.8/4.0 and went on to join the Orotta School of Medicine in Asmara, Eritrea. He is currently enrolled in the Tbilisi Medical Teaching University, in Tibilisi, Georgia.

The Hummed Neberai Scholarship was launched in July 2016 as a perpetual charitable fund in commemoration of the life and legacy of the late Hajj Hummed Ibrahim Neberai of Keren, Eritrea.

HNS is fully and exclusively funded by the children and grandchildren of Hajj Hummed and aims to foster academic excellence and leadership development among Eritrean youth and students.