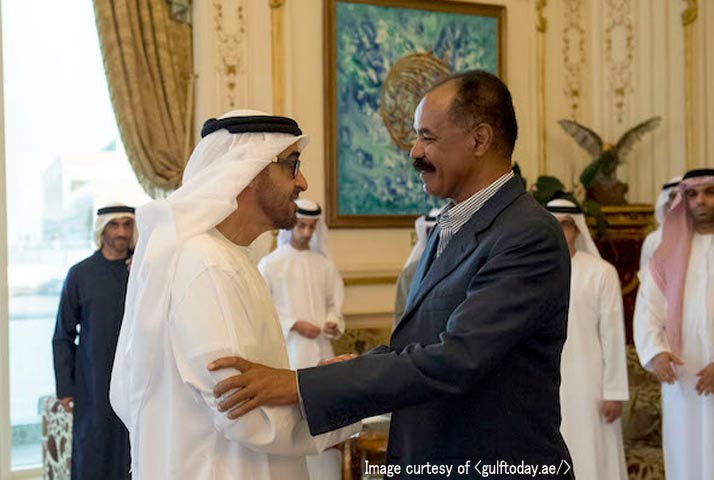 On January 2, 2017, Isaias Afwerki, the Eritrean president, arrived in Abu Dhabi, and held a meeting with the Crown Prince of the United Arab Emirates, Prince Sheikh Mohamed Bin Zayed Al Nahyan, who is also the Deputy Supreme Commander of the UAE Armed Forces.

According to UAE news reports, the Abu Dhabi meeting “focused on ways of co-operation in political, economic and developmental spheres within the framework of the Emirati-Eritrean leaderships’ commitment to advance bilateral ties to new heights.”

It is not known yet if any Eritrean official accompanied Isaias in his trip. However, Isaias doesn’t allow the names of officials accompanying him in his visits to be announced.

A diplomat stationed in Abu Dhabi said, “the Eritrean government has a strange system of diplomatic protocol, the names of officials who accompany the president is not made public, and during the meetings, the officials do not say a word but sit silently.”