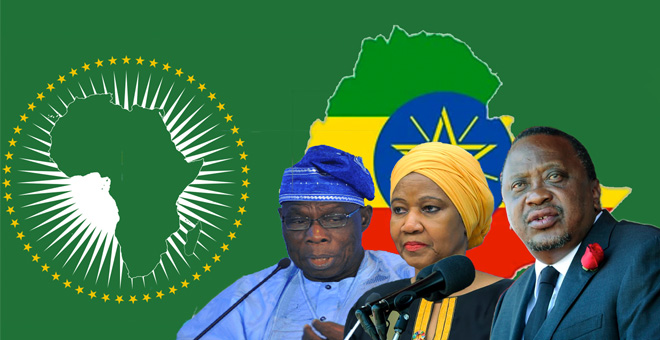 The AU appointed observer team is expected to arrive in Mekele to monitor the situation in Tigray.. It comprises of nine generals from South Africa, Kenya, and Nigeria. An expert whose speciality is not confirmed yet will lead the team.

The arrival of the team was delayed due to technical issues including the presence of Eritrean and Amhara regional forces in addition to the delay of restoration of basic utility services in Mekele.

Though most of the Eritrean forces have withdrawn from the a few cities, contingents are left behind in locations not far from the cities they withdrew from.

Eritrea is talking to the AU mediators through Kenya whose ex-president Kenyatta is one of the main mediators.

On December 9, the Kenyan president  visited Asmara and met Isaias Afwerki who took him in a walk in a street in Asmara where crowds cheered Isaias Afwerki.

Eritrean media announced the launch of a flight between Nairobi and Asmara. According to the reporter, Eritrean travelers to Nairobi will be exempted form visa requirements.

Observers expect the AU monitoring team to provide accurate information and “put an end to the inflated claims and counter-claims feeding the popular prejudice, and agitating for more violence.”  The team. Is also expected to verify the magnitude and veracity of the allegations that has widened the gap between the peoples affected by the war.

Meanwhile, Eritreans hospitals are overwhelmed by wounded soldiers and visitors most of whom are searching for missing relatives. The Eritrean government doesn’t disclose the names of soldiers killed in action or the whereabouts of the wounded. It’s upon the relatives to roam around hospitals in different cities to find out. Our source said, only those who are healthy and can afford the travel expenses embark on the search for missing soldiers while others wait for information from individuals discharged from. the hospitals.”

Last week, a colleague of their killed son informed  parents their child fell in battle around Adwa in August. The source added, “In the absence of official announcements, the relentless propaganda onslaught by supporters of the parties in the conflict is adding to the anxiety of the parents.”

In a statement a few weeks ago, Field Marshal Berhanu Jula briefly mentioned the number of the war casualties in which he estimated the number of Eritreans killed in action to be around thirty thousand, However, in no time the Ethiopian media doubled the number to sixty thousand.