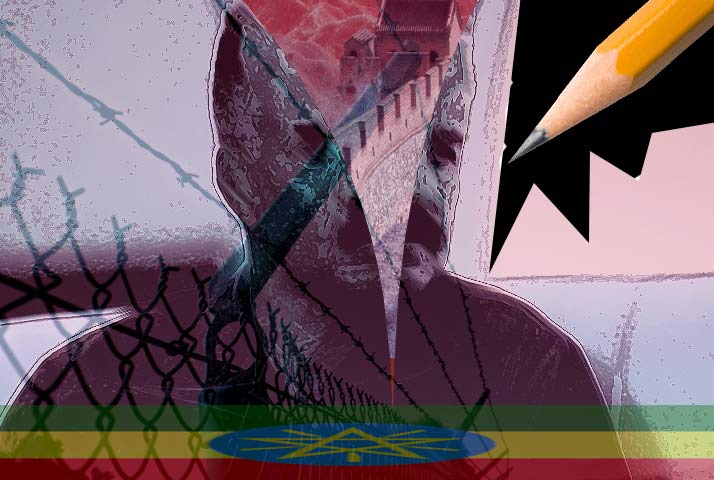 Since the decision on the delimitation of the Border was delivered by The Eritrean Ethiopian Border Commission on 13 April 2002, Isaias Afwerki has been using the non-demarcation of the border as a pretext to tighten his grip on power. His anxious the resolution of the border conflict would leave him no excuse to continue ruling Eritrea under an undeclared state of emergency.

Yesterday, June 6, 2017, “Isaias Afwerki has sent messages to several Heads of State and Government urging them to use their influence in the UN Security Council to redress the injustices perpetrated against Eritrea.”

Regarding the border, Isaias wrote that the dispute was “a simple ruse as the boundary between the two countries was defined and determined without any ambiguity in colonial times.” And as he does in every occasion, Isaias wrote that Washington “feverishly worked at the time, through the State Department, to drive a wedge between the two peoples who have deep historical and strategic ties in order to foment a crisis and micromanage the affairs of the Horn of Africa.”

Importantly, Isaias considers his gross violation of human rights as “Demonization campaigns that have been underway under the bogus pretext of “violations of human rights.” He goes on to absolve himself and his regime by accusing others of “human trafficking set up to precipitate and incite illicit migration of Eritrean youth.” As usual, he didn’t admit any responsibility for the dire situation that Eritrea finds itself in after a quarter of a century of ill governance.

Though he rules Eritrea under rule of the jungle, he wrote to the leaders stressing that “it is high time that the flouting of the rule of law; the violation of international law; and, the prevalence of the rule of the jungle are terminated once and for all.” That, coming from a man who rules Eritrea without a formal court system, is very stressing to his many victims.

But there is another story behind the facade of the border issue and why it has become his single agenda. Isaias masterfully promoted the border case as an issue of life or death in Eritrea. Unfortunately, many who should know better have been convinced and are not willing to mention the injustices in Eritrea unless the border is demarcated.

The EU and the USA

A few years after the EEBC delivered its decision, European Union and the USA diplomats believed theyhad a breakthrough and hoped both the late Meles Zenawi of Ethiopia and Isaias Afwerki will yield to their pressures and appeasements. They promised them hundreds of millions of dollars as reward to both Ethiopia and Eritrea if they resolve the border issue. The EU diplomats were so confident they will achieve a breakthrough that they handed Isaias an advance payment of millions of Euros to soften him.

However, Meles persistently demanded a dialogue between the two governments to exchange some territories to avoid “dividing several communities that live along the border” if it was demarcated according to the EEBC decision. Worse, Isaias adamantly refused to look into the possibility of exchanging land in contravention of the EEBC decision, and repeatedly explained he was not interested in any alternative proposal.

To resolve the impasse, secret negotiations through Louis Michel of the EU and Jendayi Frazer of the USA continued and they were about to bear fruit provided one American condition was met. Jandayi Frazer demanded the release of an unknown number of American embassy employees who were incarcerated without charge in Eritrea. At the time Gedab News reported the names of four USA employees who were arrested in 2001, but the Isaias’ regime didn’t issue any official statement about their arrest except rumors the government sources spread alleging they were arrested for espionage, spying for the American embassy in Asmara.

As expected, the American precondition didn’t go well with Isaias who insisted on demarcating the border without any further negotiations or conditions. Thus, the secret negotiations failed.

Sadly, Isaias ignored the advice of his close confidantes and meek appeal of others, and didn’t yield. And as explained by several insiders and diplomats, Isaias was afraid the USA would not stop at the release of the embassy employees; if he yielded to their demand, they will then demand the release of the G15. And that would create another problem for him because he will have to retract his accusation of Ambassador Antonio Bandini of Italy whom he expelled from Eritrea over the case of the G15.

A senior official of the government stated, “Isaias was neither bold nor stubborn when he refused Jandayi’s demand, but he was a scared man since he had already tied the G15 noose around his neck with own hands and he was stuck in if for lack of creativity in resolving the problem he created out of fear.” The official further warned, “if people are waiting for Isaias to accept the demarcation of the border, they will have to wait for too long.”

However, now the entire Eritrean neighborhood is in turmoil and somehow, the tremor that is shaking the region might creep towards Eritrea, either across the Red Sea from Yemen, or down from Egypt, or west from Sudan. But that regional boiling situation is a topic for another day