ARCHIVED: US Ambassador: Eritrea Arrested 48 of Our Staff 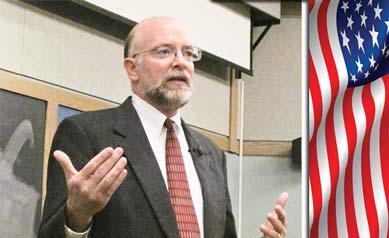 Between 2001 and 2010, Eritrea arrested 48 Eritrean employees of the US embassy in Eritrea, according to former US ambassador to Eritrea, Ronald McMullen.

In an interview with Global Journalist on August 6,  Ambassador McMullen, who appeared on the show with representatives of Human Rights Watch (HRW) and Committee to Protect Journalists (CPJ),  disclosed “Forty eight of our Eritrean employees have been arrested from 2001 to 2010. Some have been arrested for many years; others were arrested for several weeks or months and kept in horrible conditions.”

The ambassador went on to shed light on why the United States and Eritrea no longer have relationship at the ambassador level:

“It is very tough,” he explained, “Everyday was a challenge and we looked for small victories and in keeping the embassy open, and maintaining a platform for American values talking about human rights and democratization, and trying to promote regional stability in a very volatile part of the world.”

The ambassador said that his office had to give a 10-day notice to Eritrean officials to get a permit to leave the capital city, Asmara, and that of his 65 requests, only 14 were approved.

While using glowing terms to describe Asmara and the people of Eritrea, Ambassador McMullen said that the country “is very, very, repressed and the government of President Isaias [Afwerki] is highly centralized and very authoritarian and attempts to control all aspects of life.”

In Eritrea, diplomats are also prevented from having access to the local population. Ambassador McMullen explained, “For example, at one point, we were having a public lecture series in an auditorium; the Ministry of Communication prohibited us from having one evening’s lecture, actually physically locked.. chained the gates shut on the auditorium.”

Asked by the host, what the lecture was about, Ambassador McMullen said  “it was about anthropology, and how Eritrea had been the bridge for early homo sapiens to go from Africa across the Red Sea…”

The government of Isaias Afwerki tried  “to get the names of all the 150 Eritreans who were attending this lecture. They roughed up one of my junior officers, an American foreign services officer. In the end, we moved this lecture into the patio of the embassy and continued. But the Ministry of Communications didn’t want 150 Eritreans to listen to this lecture.”

“… we had a lot of Eritreans who were willing to talk with us, ministers of the government came to my house for dinner; we had regular discussions with the president’s political and economic advisers. We had relatively good access, but bad relations. I mean they closed down the defense attaché’s office; the peace corps has been closed, USAid kicked out, they seized diplomatic pouches in contravention of the Vienna convention. So it is really a tough place to be an American diplomat.”

In June 26, 2001, Gedab News contacted the Public Relations Officer at the American Embassy in Asmara, Ms. Colette Christian, who dismissed the reports saying, “there has been no problem between USAid and the government since 1996.”

In 2001, the Eritrean Government detained two employees of the American embassy. Relations between the Eritrean government and the USA has been bumpy since the government of Isaias Afwerki arrested Mr Ali Alamin and Mr Kiflom Gebremichael. The two have not been officially charged with any crimes but they were rumored to have translated for the embassy the documents of Eritrean opposition groups.

In the same year, the government arrested Mr Fitwi Gezae, who was the webmaster of the US embassy in Eritrea and Mr Biniam Girmay, who was its Facility Management Assistant, were detained by Eritrean security officials.

Amassador McMullen is now a visiting professor at the University of Iowa.

Each year, the US Department of State provides country reports and while its annual reports on Eritrea have always been negative, the ambassador is the first official to disclose that as many as forty eight Eritrean employees of the US embassy have been arrested and the case of only two embassy employees, Ali Alamin and Kiflom Gebremichael, had always been presented as an obstacle to normalizing relationship between the two countries.

Here is the audio of the interview: