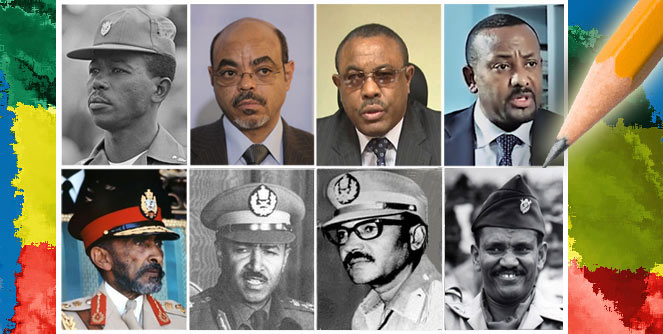 The recent election of Prime Minister Abiy Ahmed was well received by the people of the Horn of Africa.  His inauguration speech was very calming because he assured the world that his priorities are advancing the causes of peace in the region. He also pledged to resolve the lingering dispute with Eritrea and called for an end to the “years of misunderstandings” expressing his wish that “the Eritrean government to take the same stand.” Immediately, Yemane Gebremeskel, Eritrea’s information minister, responded with a tweet stating “the ball is in the Ethiopian courts.”

We wish Yemane benefited from the speech to engage in a badly needed introspection and retrospection of Eritrea’s past blunders and failed foreign policies instead of a knee-jerk reaction.

No doubt the security and political challenges in the region are enormous. However, as far as Eritrea and Ethiopia are concerned, the un-demarcated border remains a thorny, unresolved issue.

Over the last twenty years, the no-war-no-peace situation between Ethiopia and Eritrea continues to negatively impact the economic and social aspects of most Eritreans, and to a lesser extent that of Ethiopians living along the border areas.

As witnessed, Ethiopia doesn’t seem to have been hampered by the closure of Eritrean ports, and un-demarcated border, Eritrea, however, has been watching idle ports for almost two-decades– Massawa and Assab used to be bustling outlets since the WW2 when many of the other port cities in the region were sleepy seaports. Now both are ghost ports, save for its recent use to cater for the military adventures of the UAE in parts of Assab. Even that has become a hindrance to the local Afari population who depended on the Red Sea shores for trading and fishing throughout the memorable history.

The challenges in the region are great and they require bold actions by the local governments. Adding problems to the already chaotic region doesn’t benefit the long-suffering population of the region.

The Eritrean regime has frozen all meaningful life in the country using the pretext that the border with Ethiopia is not demarcated. It has militarized the nation and the youth have been living in trenches for twenty years, wasting their useful years away due to the scarecrow of the unresolved Eritrean-Ethiopian borders. That excuse fits the Eritrean government very well. It has been buying time and keeping the country under its iron grip. The economy has been and continues to be, a war-economy serving only the regime, its affiliates, and wider network of beneficiaries. The rest of the Eritreans have become prey to the regime’s political recklessness and military adventures.

We wish peace reigns in Ethiopia because a peaceful Ethiopia influences the stability of Eritrea and denies the Eritrean regime the benefit of a pretext that it has overused for almost two decades. It is with that in mind that we encourage the Ethiopian government to demarcate the border.

For years this website has advanced the view that the un-demarcated borders cannot be a reason to keep life in a never-ending standstill because many countries in the region also have un-demarcated, or highly contested border issues. But that has not prevented any of them from having normal relationships with each other. One example is the Egyptian-Sudanese border dispute over the Halaib region, a dispute that has not prevented Sudan and Egypt from having normal relations where people travel and trade freely. It has not prevented the two countries from having diplomatic relations and mutual visitation by officials from the two countries, even when there seemed to be major differences between the two on several issues. That is not lost on the Eritrean regime, but it pretends it doesn’t know about it because the prevailing no-peace-no-war situation serves it well.

As for Ethiopia’s foreign policy, to ensure peace and stability, which Dr. Abiy Ahmed has promised, we hope Ethiopia will, 1) pursue a nonintervention policy in the region and avoid repeating the costly mistake it made by invading Somalia under the pretense of fighting terrorism, 2) not to engage in regional proxy wars, 3) not to encourage regional or international military intervention in the internal affairs of the Horn of Africa, and, 4) to promote and support the cause of democracy and human rights in the region.

It is our wish to see a return to normalcy in Ethiopia, where political disputes are resolved in the courts, where riots become a thing of the past. But that requires creating a free political space for parties and assuring their protection by the law. We hope the EPRDF would expand its base to include sections of Ethiopians who feel disenfranchised or misrepresented. We also hope the Ethiopian opposition would enjoy more political room to advance the interests of their constituencies, though we hope the opposition learns from past debacles that were motivated by the principle of “The Winner Takes It All”.

We truly hope the opposition parties have learned from the past and are willing to keep their struggles peaceful and be ready for a long-haul. Democracy, or perfection of governance and rule of law, is not a wishful thinking that is realized easily. A well-grounded civil society and viable democratic institutions are required to uphold the fruits that such a struggle achieves. Therefore, educating the constituencies on the rights of citizens, and society at large, is an arduous journey. And naturally, nothing can be achieved if the government doesn’t create a conducive environment where democracy and good governance can flourish.

Finally, we realize that every major progress in history, as the one we are witnessing in Ethiopia, is equally matched by regressive forces that try to pursue the impossible task of slowing down the wheels of history. We would be tone deaf not take stock of the lasting impact of the bloody war that left Eritrea and Ethiopia an avoidable death and destruction during the national liberation period, which followed the abrogation the federal system between Eritrea and Ethiopia.  We also would be delusional if we forget  the noisy minority that refuses to accept  Eritrea is an independent state, and still clings on bogus historical claims backed by aggressive postures, to occupy Eritrean shores with the pretext of acquiring  access to the Red Sea as it did during the 2005 Ethiopian election when it adopted an anti-Eritrean platform dangling Assab as red meat to its narrow base.

Another example is the brazen activities by some Diaspora Ethiopians and Eritreans who claim to be promoting friendship between Ethiopia and Eritrea by conducting provocative public seminars and discussing frameworks of federation and confederation between the two countries–such activities of perpetual opposition has become a way of life for some elite from both countries. We believe the leaders of these groups, once a privileged elite of the old feudal regimes, particularly that of Emperor Haile Selassie, are the very same people who stood on the wrong side of history. Their futile attempts represent the final throes of what remains of the feudal autocracy trying to pump life into the chauvinist imperial ambitions by opening old Eritrean wounds. They are undermining the breathtaking change in Ethiopia that they cannot stomach or fathom its depth. We are confident that both people squarely reject these silly ideas that are recycled ideas that have been tried and miserably failed, though it wasted the lives of tens of thousands of people and left both people at the bottom of every human development index in the last sixty years.

Finally, we wish all Ethiopian peace and stability and we wish the new prime minister success in the challenges that lay ahead.