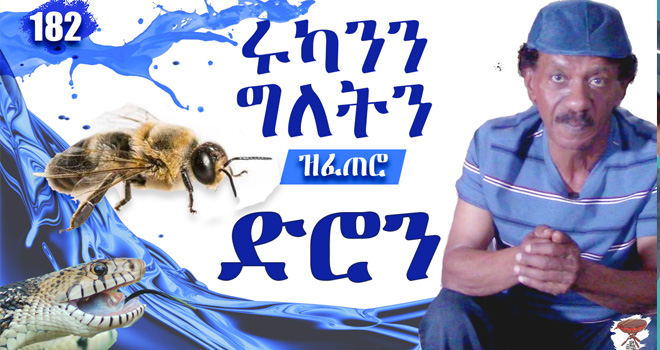 In the last episode of Negarit (#181), I asked my audience ‘what do they miss the most in Eritrea?’ I was not surprised by their answers because I can identify with most of them. But regardless, they were heart-wrenching.

Let me begin with a memorable story about a strong, assertive, no-nonsense woman I knew as a child. She was nice, but as a child, I found her personality so intimidating I avoided her as much as I could for fear of unknowingly rubbing her the wrong side.

The imposing woman had a special dress that she wore on a few occasions; that made some women gossip: doesn’t she have another dress, she was in the same dress in several occasions! The woman overheard the gossip and bounced back with a smart reply: “I have one dress and one husband.”

Her creative reply reminded me of what is known as a rebound in basketball lingo. I had just finished reading a dull comment meant to be an insult or, maybe simply venting out frustrations. The comment was from a guy whose nick is “Alenalki”, a slogan implying he is there for Eritrea. It read as follows: “move out of the way, the PFDJ is ten-fold better than you; what do you do except conducting interviews and talking! You are useless.”

The PFDJ is the only yardstick its supporters use to validate or reject anything under the sun. I wished I knew how to respond to him with a creative rebound, but I will leave that for the upcoming Jebena edition. Today I will use his comment as a launching pad for this episode to talk about Critical Thinking. I believe that anyone who fancies engaging in political, ideological, or in general intellectual matters, needs to be equipped with the basic skill of critical thinking.

Searching the internet for a concise explanation of critical tnhinking I came across many articles written about the subject. One article by Lee Crockett was helpful. Then I found a book by Debono entitled “I am Right, You Are Wrong.” The title alone was concise enough to explain what I was trying to say … so, let me tell you a story.

As a child I knew a merchant and I though he was god! I don’t remember how I formed that idea about him except that he was an Albino, different. Maybe it was a similarity I conjured between him and the lily-white paintings of Jesus that I saw. Regardless, to me he was god. The merchant walked to the outskirts of town, met the people from the countryside coming to town, bought some of their produce and sold it in town. I saw him walking to and from the marketplace, and I would say, ‘god just passed through here’, or ‘I just saw god!’

The Head of a Household

It’s natural that children adopt the characteristics of their parents, or of adults who raise them. AlMutenebi, the famous Arab poet who lived a 1000 years ago said, “If the head of the household comes in beating a drum, those who live in the house will only have to dance”.

What type examples is the head of the Eritrean nation reflecting for the Eritrean children to emulate? Belittling his opponents in the West, he insults them as ‘Welfare recipients’. To those who challenge his governance he had a description: ‘the soiled refuse of washing water, and the worst of the leftover sediments of beer making.’

Before it became the name of the unmanned aircrafts, drones meant male bees, usually considered unproductive and lazy. When the head of the household behaves is vulgar, the human drones, his supporters, not only adopt his manners, but also spread everything he utters, and damage the quality of our discourse. They pollute it.

What’s the added value of someone commenting on a topic without thinking? What do they achieve except disrupting discourses? They do not think ahead of time; they don’t know the purpose of their comments which they consider smart. And most of the time, their arguments are one-way and very subjective. A critical thinker would at least understand that there are different perspectives to any viewpoint. A picture taken of a person from the ground level makes the person’s legs appear huge compared to the body; a top-down picture exaggerates the size of the head. It depends on how we perceive matters.

Once a boy came home with inflamed eyes; the father was so enraged he rushed to take revenge on the boy who did that to his son. But then he discovered his son has inflamed the two eyes of the other boy. However, as a father, he was so focused on the state of his son; he did not consider the damage his son might have inflicted on the other boy.

If two people disagree on the weight of a cellphone, they can bring a scale and weigh it. It’s an objective difference and the scale will settle the argument. But how would they settle a subjective argument? What if one admires a building and another thinks it’s ugly? Is there a way to settle that? Isn’t it supposed to be personal preference?

For the PFDJ supporters, instead of arguing why they support the regime, they display their rage on those who oppose it.

Groupthink is equal to Dronethink

The two are the same, equally uninviting, mechanical and they are loyal to the slogans they listen to in their comfort zones, in the echo chambers. And the head of the household runs the country like a director of a brainwashing camp. If you tell them anything that shakes their preconceived beliefs, they become more combative and the little reason they naturally had is lost.

There is a telling experience gained during the struggle era when democracy was drilled into the minds of innocent people who didn’t have enough experience or understanding of what democracy is. Most understood its simplest element, equality. And little knowledge about democracy ended up disrupting the society; it created so many problems among household and close relatives.

Concepts should be extensively taught before they are adapting and before embarking on grand schemes. The concept of sovereignty is still vague in the minds of many activists—they do not differentiate between the sovereignty of citizens and nation which the think is equal to that of the regime. They superimpose the concept of ancient sovereign kings to the dictatorial regime. They twist the reason for opposing the regime to mean treason against the nation. And the regime doesn’t realize it has the responsible to include such education in school curriculums and allow educational, arts, and other institutions to spread awareness about that misconception. Of course, an enlightened citizen will not follow the regime blindly, thus, it prefers to keep the people (in the household) ignorant.

Last week I heard rumors that there was a coup attempt against the Eritrean regime. I don’t believe it. But if that was true, I would only say, it took too long to think of such an attempt. Change is badly needed in Eritrea; actually, it is overdue. And the delay is not the opposition’s shortcoming, but of those who are supposed to act. Those who are supposed to understand the situation and the risks the nation faces, are too slow to act. The brave people of yesterday, who used to swallow flames, have become too slow, or are are in a deep slumber. But change is inevitable.