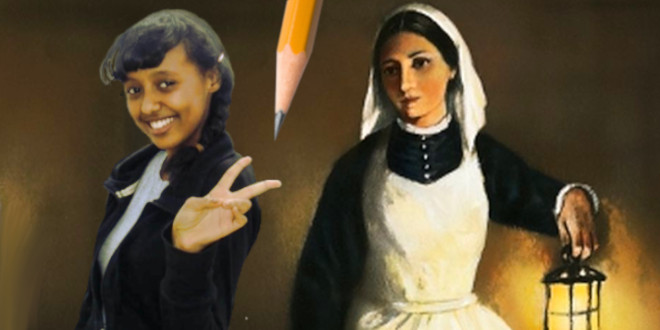 The scientists baptized it Covid 19, but humanity couldn’t forget the original name with which the virus introduced itself: Corona. Let’s consider Covid 19 its nickname.

Sometimes humanity is exposed to calamities that overshadow the previous one, or ones. The corona virus has paralyzed the social life of all people. It triggered a serious anxiety the like of which humanity hasn’t experienced for a long time.

A few days ago there appeared a somber message by “An Italian Girl” addressing the leaders of West. The Italian Girl expressed her disgust on the way Western leaders treated Italy like dirt in its time of need, they even failed to help it by providing small things like masks. In a reprimand, She lamented it was Italy that gave the world the banking system, statecraft, law… Marconi, Columbus, Marco Polo, Michelangelo, Galileo, and many more.  And she reminded the leaders to abruptly stand on their feet with their heads down in respect whenever they hear the name of Italy.

What humanity is going through is sad, but Italy was among the few countries that Corona attacked mercilessly. That is why we think the “Italian Girl” forgot to mention Florence Nightingale, the founder of modern nursing. And in these trying times, anyone who doesn’t recognize the sacrifices of the health professionals is an inhuman imbecile; we are grateful to all the medical personnel.

But the medical community cannot fight the Corona pandemic alone, it needs the support of all the people and governments. Unfortunately, when most countries are transparent on how they are dealing with the pandemic, including releasing correct data that reflects the status of each country, there are a few countries that are not trustworthy. And the government of our home country, Eritrea, is among them.

A few days ago, we heard that a certain government has instructed its doctors to record Corona virus related infections and deaths, as pneumonia. Of course they encouraged to do so because when people die in some countries, the hospitals do not have to worry about disclosing the cause of death, particularly in the countryside where people die at home. In such places, people die simply because their time is up; or they just had fever, or diarrhea, or simply collapsed. RIP is all they get. It has never been as complicated as it is in the civilized world where death requires many arrangements: death certificate, signatures, burial permits, and burying space. It’s such traditions that treats death lightly that enables dictators to get away with murder, literally.

Eritrea has hundreds of prisons, from dungeons to shacks and hastily prepared open yards with acacia shrub fences. Many die in these places and are silently buried by the prison guards without bothering to notify their next of kin. Many have been denied visitation rights for decades. And still there are thousands of victims imprisoned in their teens and the grow up to be adults without enjoying basic personal freedoms. Incidentally, today, many Eritreans from her generation and others are holding a virtual party to celebrate the 23rd birthday of Ciham Ali Abdu. She was jailed when she was only 15. Alas, contrary to the dreams that Eritreans held, the young are inhumanly wasting their years in prisons instead of becoming the likes of Florence Nightingale of this age.

Why was Ciham imprisoned?  The following introduction to an article by Vanessa Tsehaye provides an answer:

Ciham Ali was born in the United States and moved to Eritrea with her family. Her father was a minister in Isaias Afwerki’s government. He fled to Australia when he fell out with the president. When Ciham tried to leave, she was arrested at the border. She was 15. On April 2, she turned 23, after eight years in jail. Human Rights Watch has called her release.

Ciham, is just one example, though a familiar victim. But she is imprisoned with thousands of others, including former senior government officials, ministers, teachers, journalists, political activists, artists, veterans of the struggle era, religious leaders, and many more. They have not been publicly charged, and they do not enjoy any visitation rights, and the whereabouts of thousands more is unknown even after 20 years of imprisonment.

Many Eritreans have appealed to the government to release the prisoners, to disperse the Sawa military camps that the government claims are simply training centers. But it also forces students to finish their senior year of high school in the same notorious Sawa military camps which are overcrowded and a fertile ground for the spread of the Corona virus. As expected, the leaders do not seem to care about the disease more than what they care about what they can gain from it. When, and if, the spread of the virus subsides, they will claim they single-handedly fought the virus into submission. Until then, they will enjoy tormenting Eritreans and jailing the likes of the innocent Ciham Ali. But not for too long. Soon, those who are perpetuating such brutalities on Eritreans will be held accountable and they will pay a heavy price.