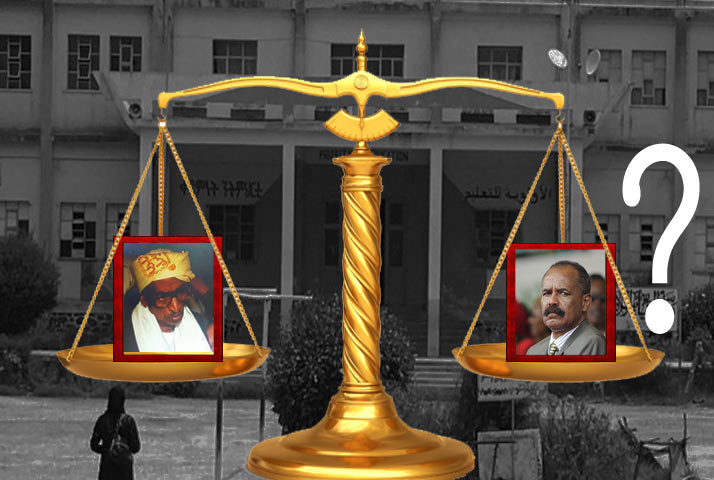 A Notch Up in Eritrea’s Struggle For Liberty and Justice 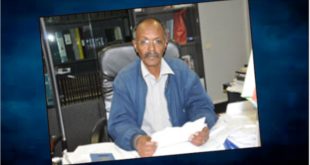 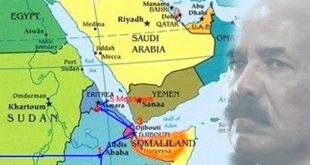 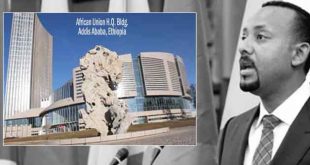 Circumstances surrounding a student-led public protest that took place in the Eritrean capital, Asmara on October 31, 2017, were lauded by many citizens as a historical event that marks the beginning of an end of one of the modern world’s ugliest tyrannies. Accounts of the protest were extensively reported by opposition websites and radio stations and covered on social media. Reviewing these reports and piecing together facts and figures presented therein yield a fairly-complete picture of the sociopolitical factors that gave rise to the protest, the nature of the protest and the role it played in fueling popular anti-regime sentiments.

It is important to note that in the weeks following the reporting and initial analysis of the event, a great deal more has been written, said and done not only to express support for the public protest but to analyze how it all might impact the struggle for democratic change. To be sure, the Al-Diaa School protest and its implications for Eritrea’s political dynamics will continue to take center stage in the broader discourse and activism of the opposition movement for some time to come. As such, no amount of sustained political agitation (in the form of write-ups, debates, seminars, demonstrations, etc.) that nurtures such activism would be too much or too late for advancing the national cause of liberty and justice.

The democracy movement would stand to gain by continuing to state and restate the facts and observations around the protest for the benefit of the ‘silent majority’ specially the uninformed, the misinformed and the wavering lots among them. Those facts also ought to provide a basis for envisioning the sociopolitical path the country is likely to take and for adjusting the priorities and strategies of the movement accordingly. In line with this outlook, the present article attempts to focus on aspects of the protest and examine what they may portend for the future of the struggle.

Sensibly, the nature and significance of the October 31 protest must be viewed within a proper historical context, lest one be misled by misinformation and outright propaganda that unsavory characters have been spreading. It is worth noting that the PFDJ-regime’s heavy-handed intrusion into the affairs of Al-Diaa Islamic School in the Akhriya District of Asmara is only the latest in a long series of measures it has taken to control and weaken religious institutions in the country. The regime launched its anti-religion campaign in the early years of its rule by banning various religions long practiced in the country and proceeding to imprison their leaders and many of their followers. With time, not even the four government-sanctioned religions in the country were spared its malice. One by one they too became victims of its harsh treatment which included an appropriation of revenues, confiscation of property, arbitrary dismissal or imposition of top religious leaders, imprisonment of members of the clergy and their forced conscription into the National Service Program.

Focusing attention on the disturbing problem of government assault on religious schools reveals that the Al-Diaa case is hardly an isolated occurrence. Indeed, none of the presently-functioning religions has been exempted from the regime’s evil agenda of undermining their social and economic foundations as a prelude to relegating them to oblivion. It is in keeping with this very agenda that the regime shut down a Catholic Seminary in Asmara a few weeks ago and arrested its administrators for resisting directives to hand over the institution. Likewise, the main Tewahdo Orthodox Church in the capital is presently grappling with similar order to transfer a church-run school to government control. The regime has thus been truly a non-discriminating in its hostility toward religious institutions – hostility borne out of fear and hatred of the ideals and principles they stand for.

According to news reports, the Al-Diaa School crisis developed out of sustained pressure that the government exerted on the School Board to eliminate cultural and religious elements/guidelines from the contents and administration of the school’s academic program. Having apparently reached an impasse in its negotiations with the regime on these issues, the school board finally rejected the regime’s demands as unacceptable. It then held a meeting with parents to report on its dealings with the government during which its highly-respected, patriotic president gave an impassionate speech imploring attendees to stand up for their rights to run their school in a way that best satisfies their needs. The following day, board members found themselves in jail for having engaged in these activities.

In opposition to government interference in the school’s affairs and demanding the release of their school officials, the Akhriya community moved to stop a hateful regime from trampling on its collective rights and interests. What is even more impressive is the fact that this unprecedented community-action was spearheaded by the district’s youngest residents. Students of the besieged school assembled at their campus to organize and stage a protest march and take their outrage to the doorsteps of the powers that be. Their courage became evident before they even left their premises where they were confronted by an armed contingent (of militia and police) dispatched to confine the gathering to the school compound. Yet they managed to break through the encirclement!

Regrouping after the brief melee and witnessing their ranks swell with parents and teachers, the students took to the streets equipped with a bullhorn and “armed” with sticks and rocks. As the march reached the city center, however, protesters faced gun-wielding troops who did not hesitate to fire live ammunition into the air. The resulting barrage of gunfire broke up the demonstration and was followed by phased arrests of hundreds of demonstrators and other residents of Akhriya District throughout the week. And so, it came to pass that a courageous Akhriya community managed to accomplish what no other community has ever been able to do in post-independence Eritrea!

Partisan Reactions to the Public Protest

As expected, the PFDJ-regime and its supporters abroad did not waste time in their attempt to avert further unrest by putting a spin to the Al-Diaa incident and giving it a slant intended to thwart democratic change. In their characteristically treacherous ways, they tried to ascribe Islamist motives to a public protest that was indisputably triggered by government violation of citizen rights. Their aim was to sow fear and mistrust as instruments for suppressing potential popular uprisings inside the country and undermining unity and solidarity within the opposition movement in the diaspora. Democratic forces must, therefore, vigorously fight the regime’s manipulative tactics and expose its divisive propaganda by continuing to detail the evidentiary facts of the October 31 protest.

The government harassment of Al-Diaa School does indeed tell a unique story; but certainly not in the sense that regime collaborators make it out to be. Contrary to their distortions, the public sentiment that the harassment provoked among the Akhriya community is not any different from emotions that were aroused in other affected communities when the regime took similar steps against schools run by other religions. In all cases, the public’s anti-regime sentiment was neither partisan nor religion-specific; rather, it was one driven by people’s universal instinctual desire to protect their civil and democratic rights. What made the Al-Diaa case unique was, therefore, the community’s courage to have given voice to that sentiment by standing up to power; it is the heroic defense of democratic rights against the onslaught of tyranny which, for various reasons, other communities had passively succumbed to in similar previous situations.

A Sober Look into the Future

The Akhriya community not only collectively and publicly expressed their rejection of unwarranted government imposition, but did so carrying objects that symbolized their determination to rally support for their cause and fight back for their rights as citizens. These events have undoubtedly awakened a population long gripped in fear and heralded the end of the era of apathy and passivity.

After the Al-Diaa event, there can no longer exists a need for speaking in hypotheticals of what must be done to embolden the population and how to shake the confidence, shatter the invincibility, expose the weaknesses and challenge the authority of the tyrannical regime in Eritrea. In unison, Sheik Mussa Mohamed Noor, the Akhriya community he represented as their elder and president of their school board and especially the district’s youngsters have shown the rest of the populace “how it is done” and offered them a prototype of an effective political mass action they can model after.

Eritreans who agonize over their people’s subjugation to brutal tyranny and therefore struggle to restore liberty and justice in their homeland see the October 31 protest as a harbinger of their people’s emancipation and their nation’s salvation. They are too realistic and mission-focused to be distracted by the dwindling few who have been enslaved by their self-interests to defend the status quo. October 31 has amply shown that, for the ailing homeland that BOTH groups profess to love, things have changed yet they have remained the same: The split of political forces into pro-regime and anti-regime camps is too deeply entrenched to have been shifted by the public protest. Yet that very event has invigorated the latter group by injecting hope and wisdom into its democracy movement. The bottom line is that ‘the struggle continues!’ and seems to be poised to culminate in the inevitable triumph of the forces of liberty and justice.

Previous Ali Saleh Faced Muammer Gaddafi’s Fate
Next Akhriya Steps-Forth: From Akhriya to All of Eritrea 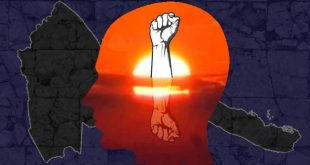