The Malignant Cancer of Eritrea 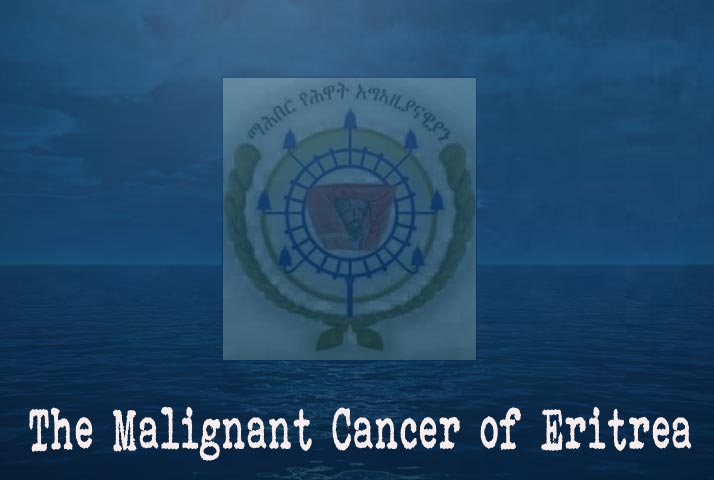 A million years ago, when I first said I do not know of an Eritrean ethnic group known as Tigrinya, quite a few people went bonkers. A thousand years ago, in the 1990s, a few people became touchy-feely whenever Andenet was mentioned, forgetting it was not about people, but a destructive mental state. Now it is very clear who those anti-Eritrean elements with that mental state are, scratch the surface and you will find them wearing a laughable Agazian garb to hide their crippled mental state—ironically, they were diagnosing others with the ailment of “inferiority complex”. The genuine Eritreans, the patriotic Eritreans, are now clear on who suffers from the crippling inferiority complex.

I reluctantly decided to write this edition of Negarit to ease the pressure of many friends and colleagues who urged me to say something on the despicably boring topic. In case you forgot, in the early nineties patriotic Eritreans were anxiety stricken by the statements of the Jihad movements who declared they would establish a religious state in Eritrea. The poor guys didn’t have social media in those days, though pamphlets and word of mouth was enough to send shivers down the spine of many people.

That unpractical dream came to an end as quickly as it started—Turabi, (and the National Congress Party of Sudan), the main sponsor of that ideology changed gear and sided with Isaias. Internally, the Islamists fell prey to the usual splintering, and they multiplied into many factions of whom three parties remain in the Eritrean opposition camp. However, it is important to note that they have undergone an extreme transformation in their way of thinking—they dropped the unpopular Islamist rule and accepted secular democratic rule. At the same time, the other parties that wielded “self-determination up to succession” mantra mellowed down. Self-determination is now widely understood to mean a self-rule within a united Eritrea. Here, I am aware that the manipulators, sponsors of the move, and the gamblers might not agree with my assertion, but I am convinced that is the case.

First, I would like to offer a few elementary lessons to the, Agazian gang, or Agaazen as many who are not familiar with the term call them. Here are the lessons: 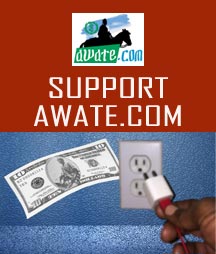 Now, all of you rascals of the Agaazen nation, you are graduating from the elementary school class of politics, go make another youtube video.

Before I finish, I must admit that I am disappointed by a few people I respect; they have tried to explain to me what the crazy views of the Agaazian gangs are (as if I do not understand their Tigrinya). I call that attempt tasteless, and I would like to bring to their attention that by doing so, they come as apologists for the sinister fascist group.

I have always encouraged open talk; it is good to belch out what is bloating the stomach; people need to talk about issues that bother them. But expressing a grievance, whether it is right, or, wrong perception, or, outright paranoia, should not victimize others who have nothing to do with the alleged grievance. The Agazian gang represent a chunk of the so-called “Silent Majority” who were waiting for the opportune time to come up once they perceive the Eritrean forces of good are exhausted, hoping to make a killing from within the Eritrean Tewahdo. Boy, did they make a lethal miscalculation! They didn’t realize what they undertook was a true violation of the Eritrean citizens’ sovereignty, and no one will take it easily.

The main targets, the victims, of the current cycle of fascism have gone through many similar experiences, for many generations. Ironically, while the victims are trying to forget primordial grievances and move on, the fascists are stuck in the ancient bigotry and are salivating to repeat the atrocities of the past, forgetting that in today’s world, the victim are not as helpless as they were, they are part of the dignified Eritrean nation, though its dignity is suffering from perpetual attacks. The victims are part of the diverse Eritrean social fabric; no patriotic ERITREAN Tewahdo will fall for their sinister ploys. Wouldn’t it be obvious to them that the cross border alliance applies to all borders? Why do these fascists think they can threaten Eritreans by summoning a Tigrayan alliance every time they feel the itch? Why can’t we just have a normal relation with all our neighbors, without conspiracies, without backstabbing, without sick, hegemonic aspirations, without tyranny?

Finally, if there are restless people who believe they are not happy with the statuesque in Eritrea under the PFDJ rule, it is helpful to remember that if they had disowned the PFDJ last week, it wouldn’t be around today. If they disown it today, it will not be around next week. I wish they would be decisive (bold they are) and disown the regime, instead of blaming the Saho and Jeberti for the predicament of Eritrea. These elements have been crippling the struggle for justice and freedom for so long, periodically coming up with new crippling proposals and agendas that they were not willing to carry through. They neither delivered nor left those who were determined to do their job. Again, I need to emphasize: If part of those who apologize for Isaias’ PFDJ with so many excuses would abandon it today, Isaias and his clique will not be around next week. Nothing prevented them from doing that in the past, but their indecisiveness; nothing is preventing them today as well.

A majority whining like a minority doesn’t bode well with the cohesion of a nation. Instead, a majority should be magnanimous and be prepared to lead. What will it be now? More whining or a decisive action?