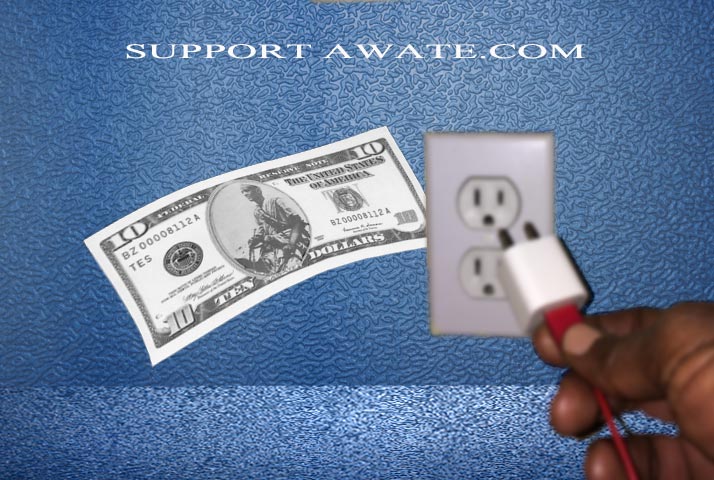 First, our apologies for the service interruption during the weekend. This is the first time since its launching that awate.com has been offline for such a long time; it was very frustrating to us as it is to you. Our apologies again because we failed to prevent such an interruption, though it is beyond our control.

Over the last few days we received so many calls and messages from friends of Awate.com who asked why the website was offline. As usual, many thought and speculated that the website has been hacked. Please be assured that is was neither hacked nor its security breached. Thanks to a volunteer helping hand behind the scenes, the website is doing fine as far as security is concerned. In short, the problem was financial, we didn’t pay the bills and the hosting company pulled the plug on the server. And once we managed to pay (this time thanks to two friends from Houston, Texas, who helped), a few hours were needed before the server was powered on. Hopefully that problem will not visit us again.

Over the years, we have shyly solicited your help, and a few people repeatedly came to the rescue. However, its always distressing to know that, compared to the number of regular visitors of awate.com, those who reach for their pockets (some of them very generous) are extremely few. Unfortunately, the rest has not been helping in bearing the cost of the operations.

Understandably, if every friend, colleague, and reader contributed just $10 every month, the website wouldn’t be in such dire financial straits, we would have been able to execute our long-held plans. The Awate team urges all of you to look into that shortcoming and try to do your part–please provide your support.

Last year we solicited your help to raise $12,000 to cover our major requirements for the year. Though the contributions started in a promising manner, it fell very short of the targeted amount. Unfortunately, what was contributed was spent on operational expenses and some development work that has yet to see the light of the day—of course, it is now in the hands of a volunteer IT and design professional though the project has taken frustratingly longer time than we ever expected. We are now anticipating patiently and hoping the task will be finished anytime, as we repeatedly promised, and as our colleague has promised.

Please also note that our yearly estimated budget remains the same as last year, and now in January 2017, we are still expecting to raise a minimum of $12,000 for the year.
We will also like to inform you that our volunteer IT professional has finished a new payment system which was tested many months ago, but due to some logistical reasons, it is still parked on the server. We hope it will be activated anytime.

We would also like to inform you that we will publish our comprehensive “2016 Activity Report” as soon as we submit our tax returns for the year. In the meantime, we will try to finalize the “awate.com Joshua Version”, the theme and system development project, which has been underway for many months. We hope to launch it anytime soon.

In the meantime, we appeal to all of you to come up with suggestions for a successful fundraising, and help the Awate Team as much as you can in campaigning among your circle of friends and colleagues. We have appealed to you, and still appealing, to our friends and supporters to form localized support groups in different localities. One such group was formed in Toronto, Canada, and had its first meeting in September 2016–it is planning for another campaign to start soon. So far, there is a core awate.com support group in Dallas, as well as in Orange County, and in the San Francisco Bay Area. We are appealing to our friends in the UK, Sweden, Norway, Germany, Holland, Australia, the Gulf states, and other countries, to follow suit. This time, we promise we will not be, neither subtle nor shy, about soliciting your support simply because, financially, we are not able anymore to fund our operation the way we did over the last decade and half. However, we promise to continue investing the huge time needed to run our activities–with your generous support, the workload will be bearable.

1. Credit and Debit Cards
Click the orange colored “Support awate.com” icon and it will take you to the support page. All payments are processed through Paypal. Your support will appear on your bank statement as “Paypal*awate.com”.

3. E-mail contact: write us on the following e-mail: support@awate.com
Please contribute as generously as you can.

NB: we would appreciate constructive comments from all of you concerning this appeal