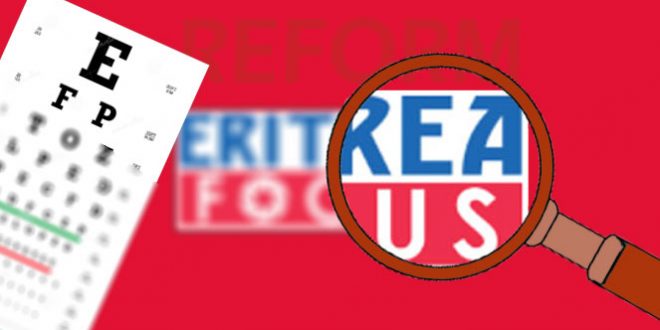 An “Open Letter” by Mr.  Habte Hagos of Focus Eritrea was sent to awate.com to express his disagreement with our Gedab News report titled, “The London Conference Stirs Controversy” regarding the “Building Democracy in Eritrea” conference that was held in London on April 22-24, 2019.

The following is Awate Team’s response to Mr. Habte Hagos’ letter of in which he accused awate.com to have “chosen to make ill-informed and incorrect assumptions about what took place [the conference].”

Our response is not meant to impugn the character or motive of neither Mr. Hagos, nor the participants, or the organizers, or the funding sources, or anyone else associated with the conference because we believe the overwhelming majority of the invitees are well-meaning.

Just after the social media backlash from the Eritrean public, especially the youth within the “#Enough #Yiakl #Kifaya” grassroots movement, several participants told us they regretted attending the conference. However, we believe many are unaware of the controversy and in hindsight, they would feel the same way we did. So, what was the controversy that prompted us to write the report or even pay attention to the conference?

2.Questions Raised by the Youth

First, we believe Mr. Hagos should take up whatever bothered him with the BBC Tigrinya reporter, not with awate.com – the messenger. Better yet, he should take it up with the youth activists who posed live-stream questions to the BBC stressing ‘enough is enough with the divisive conferences that are tearing our society apart.’

Therefore, we were neither ill-informed nor have we made incorrect assumptions.  Importantly, the item in question was not an editorial, but a Gedab News report informing our readers about the important and controversial questions raised by the youth.

When the BBC-Tigrinya reporter asked Dr. Bereket Habte Selassie to explain the purpose of the conference, he said, “according to the organizers, the purpose was to answer the question of whether democracy works in Africa, and if does not, what are the reasons for its failure.” As a reaction, considering that BBC Tigrinya has wide coverage in Eritrea and Ethiopia, the Eritrean regime’s propagandists pounced at Dr. Bereket Habte Selassie’s remark and run with it to suggest that Eritrea is not ready for democracy.

Furthermore, confusingly, Mr. Hagos’s letter stated that “the aim of the conference was to look ahead to post-Isaias rule.” Two paragraphs later, he said, “the primary focus remained marking the start of ongoing dialogue relating to democratic reforms in Eritrea.” We do not know which one it is!

The issue of representation was raised in the same BBC interview and not by Gedab News, though in many of our editorials we have written extensively about representation, an issue that has bedeviled the Eritrean oppositions for the several decades.

In his letter Mr. Hagos admits that the conference was not inclusive as he had wished it to be.  He then added, the Conference Planning Working Group met regularly for 5 months trying to increase the Muslim participants, but fell short of the 30% it initially targeted. He didn’t explain why he thought 30% would be the target, but at the same time he acknowledges that a perfectly inclusive conference would have been 50:50. Does the Conference Planning Working Group think Muslims make up 30% of the population?  We hope not, because only the Agazian hate-group is capable of making such a false claim. At any rate, we found out the selection was drawn from a list of  a very narrow social circle and that there was a lot of nepotism involved. Worse, even Christians from certain regions were either underrepresented or excluded.

The failure of the Conference Planning Working Group to organize an inclusive conference after trying for five months raises many questions. Why didn’t they change their approach? Then, what qualifies them to organize such a conference when it did not occur to them that the youth have to either go to school or work on weekdays? Were people declining the invitation because they did not like the fact that only 30% of Muslims, women, and youth were initially targeted? Perhaps, since the conference was not publicly announced for, and they might have feared criticism for attending a secretly organized conference.

Knowing that 3 out of the 16 of the Eritrean presenters or moderators were Muslims, didn’t the organizers think people will want to talk about the elephant in the room? Or, knowing ahead of time that the conference will not be inclusive and still holding it was damaging the Eritrean fabric as some of the youth alleging?

Today, Eritreans are once again fiercely fighting to assert their sovereignty that is being assaulted by Isaias, the neo-unionist, and the expansionist Ethiopians. Is it possible that some participants withdrew from attending when they realized that 11 of the 29 presenters were non-Eritreans, for fear of being perceived as ceding the Eritrean sovereign right to chart their own path towards democratic change, to others? The optics do not look good at all — it is already being used as a propaganda fodder by the regime’s supporters.

Many of the participants, whom Mr. Hagos refers to as professional delegates, are not known in the Eritrean academic, or professional, or activist communities.  This made us curious to find out what criteria were used to qualify the participants.  And except for the single press release, no information was publicly available about the conference.  However, now that the conference program was made public, we still do not know the selection criteria.

Without mentioning names, and with all due respect to all participants, we believe the vast majority of them are not ‘high caliber and world-renowned Eritrean and international speakers’ as Mr. Hagos would like us to believe.  A modest participant told us that he was embarrassed by that characterization and remarked, “it is just a marketing hyperbole like the press release stunt aimed at an audience of one: the donor NGO.”

The conference would have benefited immensely from the many qualified Eritreans who were unfortunately excluded for partisan reasons. They would have provided competing ideas, dissenting views, and broader perspectives; not wanting to hear opposing views is a PFDJ culture and should not be practiced in our public discourses.

Eritrea has plenty of its own well-qualified experts to help it make the transitions. They possess the necessary subject matter expertise in the process of transformation and other aspects of governance–they are capable of addressing all the challenges their society faces, and they understand it better than anyone else.

The Eritrean public knew about the conference the day it started. And since the organizer was Eritrea Focus, an entity that is a newcomer, we needed to know more about it. But to date, its website does not list its board of directors or management team. It says that it files annual and financial reports, but we are still unable to find such reports anywhere–Mr. Hagos’ letter failed to disclose where such reports are filed or how they can be obtained.

In short, Mr. Hagos’ letter missed an opportunity to put the transparency issue to rest by not disclosing the names of the Conference Planning Working Group. Doing so would have shed some light if any of its members had a checkered past of engaging in exclusionary practices, or in nepotism, or in peddling wedge issues in the Eritrean society. We believe it is the right of every Eritrean to be aware of individuals known for engaging in such undemocratic practices–it’s the obligation of awate.com to inform.

Just as we call out the PFDJ’s and the opposition’s blunders, we also reported that Eritrea Focus issued a press release falsely stating that Ambassador Haile Menkerios would be the keynote speaker. We wondered why the organizers would start a conference with a false statement, especially when the stakes of losing the trust of the Eritrean people are very high!

Mr. Hagos’ letter does not explain the reason for the false advertisement that can be easily exposed on the day of the conference, when he knew the Ambassador was not attending.

According to our source, Eritrea Focus was notified on April 2, 2019 (three weeks before the conference) that Ambassador Haile will not be able to attend.

We would also like to emphasize that we stand by our reporting, and we firmly believe Gedab News has done its due diligence in gathering the facts from multiple sources, and corroborating them directly by the Ambassador himself.

Finally, Awate.com has been around for close to two-decades and has published thousands of news reports, analysis, and editorial pieces by adhering to a very high professional and ethical standards. It has not earned its reputation as a reliable source of news by ‘choosing to be ill-informed and by making incorrect assumptions.’

However, since we were told that Mr. Hagos is a recent retiree who finally decided to be part of the Eritrean political activist community, we would give him the benefit of the doubt–he does not know anything about awate.com and how it has been operating for many years. We suggest that Mr. Hagos use this experience as a learning moment, assume personal responsibility, own up to his rookie mistakes, and take time to learn the ropes first before coming out swinging with some wild accusations.

The PENCIL is awate.com's editorial and it reflects the combined opinions of the Awate Team and not the individual opinion of team members.
@@awate2
Previous A Hopeful Scenario For Eritrea
Next Negarit 42: ሃይማኖታዊ ጥሩፍነት التطرف الديني Religious Extremism