The Geneva Aftershock Must Reverberate Unabated 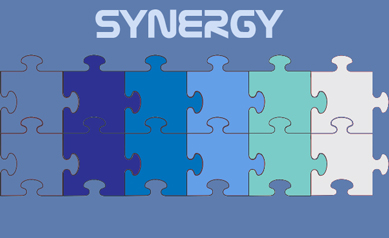 The demonstration of June 26 by Eritreans was an earthquake that shook the Peoples Front for Democracy and Justice (PFDJ) to the core. Its aftershocks must continue unabated. We are witnessing a regime in the last throes of its ruling life the desperateness of which is manifested in its frantic efforts to shift the conversation. Part of its attempt to shift the momentum was evident in its print medium, where it attempted to paint an ominous picture as it accuses its own ruling elite of “Islamism, espionage, etc.”

We have seen this film before in 2001 when the PFDF summarily made its own elite cabinet members to vanish without a trace. This is a regime that devours its own whenever it sees danger lurking too close for comfort, a danger that might end up removing it from power; it is supremely talented in finding the sacrificial lamb, this is an all too common of a pattern by now, the recent “believe or not” on the regime’s newspaper “Haddas Eritrea” is no exception.

The man at the helm of PFDJ smells blood like a vampire and sucks the blood of his own friends, comrades, and individuals who fought alongside him for decades just so he may remain in power, and his victims to our amazement, time and again, seem to fall for this predictable bait one after another; even those who were outside the country at his behest travel and flock like herds in trance back to Eritrea to only end up in the dungeons to never be heard from.

Of course, for a man who operates fully using his reptilian brain, and for whom survival of the fittest is the name of the game, much as those in the wild are, where intuition and instinct are at their most potent and at their deadliest, he will have no hesitation toward anyone else who might show any traces of threat to his rule – he will attack first, viciously at that.

The aftershock of the June 26 earthquake in Geneva, however, made it abundantly clear that Diapora Eritreans have nothing to fear, the vampire’s fangs have no power to suck their blood remotely. Thelandmark date will be etched in our collective memory as one that will be patented as the beginning of an end for a brute whose malaise afflicted Eritreans from all walks of life for two dozen years.

The question that begs immediate response is how this game changer is made to transition inside Eritrea’s proper? What should the strategies be like? How should the homestretch be ushered into the finish line?

Before one can answer these questions, it would help to understand how the PFDJ is operating today. If we pay close attention, the regime is left with a clique, its leaders, and followers outside Eritrea are desperately in need of holding on to its support base that seems to be shrinking by the day. It would come as no surprise if it attempts to stoke a flame using a balderdash that would give its loyal followers something to latch onto, such as, how unfairly they are being targeted by not only Eritreans in Diaspora but also by the world at large. The UN Commission of Inquiry on Eritrea’s report, for example, shows certain unsavory characteristics that has an emasculating effect to the regime followers.

If the likes of Gidewon and Berhane, the regime loyalist duo who are the architects mandated to keep the Amen Corner on the side of PFDJ, it should come as no surprise if they use emotional rhetoric to tow the party line. The duo may concoct sentiments that do not exist, such as, giving indications in a coded manner how the highland Eritreans are being unfairly targeted; how their identity is being disparaged; how everything that EPLF stood for was being erased one establishment at a time. Because the PFDJ has no decent record to show what good it has done in the last twenty four years, it should come as no surprise if it bypasses that grim record and wish to own EPLF’s miracles (its struggle era predecessor) when it delivered the birth of a nation instead.

For starters, the way this can be delivered effectively is via myriad media outlets in general and those that directly reach Eritrea via Satellites and shortwave in particular. Eritreans must hear these clear messages of ownership of their personal sovereignty and their promising future in clear terms in their own languages. For example, the media outlets must be streamlined in their respective expertise, which can be divided into three categories: the print, the visual, and the audio media outlets.

This includes all known Eritrean websites that depend on print, from websites like Awate.com and Asmarino.com to those who use Facebook as an outlet for their messages. There has to be a mechanism by which these can be streamlined and if possible consolidated to where they are able to communicate at lightning speed. For example, when recently  a Tigrinya letter from the Eritrean embassy in Wsahington, DC was leaked, all Asmarino.com should need to do is reach out to the the Awate Team and give them heads up if they are willing to translate it into English if they deem it necessary to do so or any other website that shows interest in such reporting. Not only that, but also making attempts to see if non-Eritrean media outlets are interested in picking up the story.

Duplicating efforts must be averted at any cost, especially when one considers the opposition websites, most of which operate out of pocket money, time, and energy; whereas the adversary has the entire country’s resources at its disposal if it should become necessary, they can use these resources at their free will.

The audio-visual media can follow similar trajectories to fine tune the output for maximum effect.

If the last twenty-four years have been marked by one default language, it is high time that the opposition begins to show concerted effort to change this perception through practical means. The next logical language to follow Tigrinya & Arabic, vis-à-vis media streaming, is Tigre language, which has sizable number of its speakers in exile.

The inclusion of such language as part of news like the other two will have two important components: (1) Inside Eritrea those who hear messages of solidarity in their native tongue will know that the opposition mean serious business as it is willing to not only disseminate news but will be there to hear them out as well when the menace is removed from power. (2) Outside Eritrea, too, such efforts will go a long ways in rectifying past mistrusts and develop genuine rapports between and among Eritreans from all walks of life.

Of course, lack of resources notwithstanding, the other Eritrean languages should be in line for airtime as well. Imagine, even if only half-an-hour a week Eritreans in Eritrea begin to hear their own language being heard through Satellite and Shortwave Radio, it is easy to see how such validation will instill the yearning for the infinite possibilities of the future of Eritrea for all Eritreans across the board.

Therefore, streamlining our resources is one of the highest orders of priority in Diaspora if we are going to seize the momentum that has been long in coming. This applies to all organization civic or otherwise. Replications and duplication is a mark of inefficiency, a sign of incompetency, more ominously, a sign of implicit weakness and discord that can be taken as Eritreans’ inability to work together. We certainly cannot afford to squander this lifetime opportunity – our ultimate chance to unseat a system that has wreaked havoc over Eritrean youths like no other system ever in the annals of Eritrea’s history. the PFDJ has dwarfed its predecessors manifold in the way it mastered the art of brutality and appears to perversely enjoy in being the brute of brutes. This is our chance to stop PFDJ in its tracks once and for all.

There are strategies that need not be classified, and this is clearly one in which the PFDJ and its followers can do nothing about to counter it other than to watch helplessly at how openly one can discuss issues when the truth is on one’s side. There are other strategies that must be dealt with discretely and never should be apparent until after the fact – I am cognizant of such a fact and I know when to stop pushing the envelope, and it is right here and right now.