Towards a Mature and Meaningful Exchange! 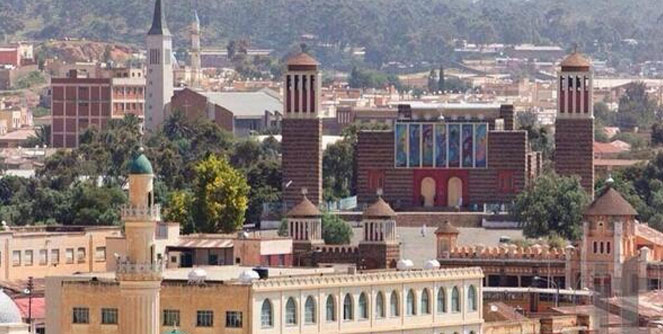 Open exchange of ideas and perspectives is the foundation of a healthy, vibrant and tolerant society. Societies that promote open exchange are more likely to foster common understanding, a better appreciation of other perspectives and welcome creative and critical thinking. The effectiveness of any exchange in a society will depend, among other things, on how it is navigated and how it is construed. Society’s level of maturity and civility can be measured, not only by the extent and openness of its exchange but also by the civility and soundness of the exchange. The social media has provided unprecedented avenues for open exchange. As it stands, there is no shortage of exchange at our time, but, certainly, there is a lot to be desired when it comes to quality and content.

Within the Eritrean global community, there are multiple avenues for exchange such as websites, YouTube, chat groups, Whatsapp and many others. Surely, the exchanges that take place within these mediums provide useful insights and a better understanding of issues of common concern and interest. However, there are some observable pitfalls within much of the exchanges that take place that deserve to be noted and rectified. The following four are among some of the most observable pitfalls:

To illustrate the point, the following two events occurring within the last 12 month will be deciphered and discussed further.

In the speech delivered by Hajj Mussa Mohamed Nour in the Al-Diya school in Asmara in October 2017, he made reference to the Islamic term “Sharia”. The term was, reportedly, used in the context where he said we want to follow our “sharia”. In the discussions following the widespread circulation of his recorded speech, his use of the term “Sharia” created some uneasy discussions within the social media. Some saw it as an “outlandish” term with worrying connotations, others tried to associate it with “Wahabism” and “radical fundamentalism”. Fortunately, the discussion was of a limited scope, but the fact that the usage of the term sounded “outlandish” and fearful is troubling at two levels:

Obviously, the purpose of my discussion here isn’t to analyze the intricacies of “Sharia” and its applications, rather it is to highlight the complexity of the subject matter and the error committed by making some superficial assertions. Reducing the “Sharia” to the malpractices of some extremists or the insinuations of some Islamophobics is far from any objective discourse. Issues need to be discussed first and foremost within their context, but also within the required level of sophistication and proficiency.

Last April, in a conference held in Oslo by an Evangelical Eritrean and Ethiopian Church, a pastor made certain controversial remarks and prayers. The pastor reportedly said, “our forefathers chose to unite with Ethiopia so as not to be dominated by Muslims”. He went further to name the Muslim majority countries surrounding Ethiopia and calling on God to protect Christians. The video clip of his remarks and prayers was widely shared in the social media. Some of its content was translated from Tigrinya and Amharic to the Arabic language. There was widespread condemnation to the pastor’s remarks and prayers.

Certainly, the words of the pastor were unwise and perhaps they are a reflection of what author, Semere Habtemariam, called in his recent publication “Siege mentality” (Reflections on the History of the Abyssinian Orthodox Church, 2017). The pastor is entitled to his opinions, his critics are also within their full right to respond and condemn. However, some of the responses, particularly within the Eritrean Arabic social media, were failing in two ways:

Naturally, within every segment of society, there will always be individuals or smaller groups that carry narrow exclusivist views. However, projecting the views and actions of marginal groups to the whole faith group is stereotypical and deadly wrong. Deciphering what is being said and who said it is critical. The fact that a “pastor” or a “sheikh” has a certain religious authority or some followers, doesn’t justify taking their words and projecting them to the whole faith. These kinds of generalization are not only wrong, but they undermine healthy and meaningful exchanges. The pastor’s remarks should have been taken for what they are, his opinions and the opinion of those who follow him.

In 2010, Terry Jones, an American pastor of Dove World Outreach Center, made a bizarre announcement of his plan to publically burn the Quran. His announcement was widely reported and created huge upheavals across the world, leading to riots and loss of life. He was seen, by some, as a new Christian crusader representing Christian America. But what wasn’t widely reported is the fact that the pastor represented an obscure small fringe group, the fact that he was roundly condemned by major Christian and Jewish denominations, the mayor of his own town and president Obama who described his planned actions as “completely contrary to our values as Americans”.

The pastor’s remarks in the Oslo conference were loud but marginal; they shouldn’t have received the kind of attention they did. But to be fair, the responses of his critic should have also been widely spread as well. Selective sharing of information is and will be a major challenge and every effort need to be made to ensure we are not victims of one-sided views of what truly transpires in our surrounding.

Eritreans have a long shared history, with common values and deeply rooted traditions. These values should continue to serve as anchors to all of their exchanges and collective endeavours. When shared history and common values are forgotten, the peripheral voices of sectarianism, narrow tribalism and prejudiced factionalism take center stage.

In conclusion, the wise words of Dr. John Esposito are worth noting, he said: “All of us are challenged to move beyond stereotypes, historical grievances, and religious differences, to recognize our shared values as well as interests, and move collectively to build our common future” (Unholy War, 2002).