The Genesis Of Eritrea’s Slavery Project 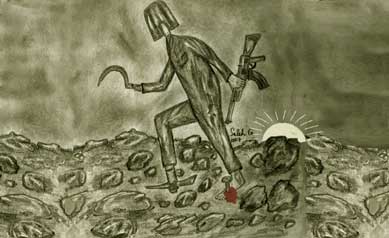 This an article from the archives. It was first published by the Awate Team on October 23, 2007. Many developments took place in the last decade since the article appeared, but the deteriorating situation was clearly evident since then. On this occasion we would like to acknowledge Ambassador Adhanom Gebremariam the first person to write extensively about the so-called national service in a series entitled “Wefri Warsay_Yeka’alo, Wefri Barnnet (The campaign of slavery). Awate Team

On October 23, 1995, exactly 12 years ago, the National Service program took effect in Eritrea.  Over the years, as the prewar, war and post-war environment came to define Eritrea, clauses in the proclamation that were applicable for exceptional situations such as states of emergency became the norm, resulting in a nation where practically all citizens over the age of 18–anywhere between 400,000-800,000 people–are in a constant state of mobilization for the last 12 years. There are Eritreans who were 18 in 1995, who had every reason to expect to resume their lives in 1997, but who have been in the front-lines for the last 12 years. This, then, is the genesis of Eritrea’s enslavement project, the so-called “Warsay-Yeka’alo Initiative.”

Under the proclamation, all Eritreans between the age of 18 and 50 are required to participate in the National Service.  This is because the National Service program is defined as “active national service and reserve military service.”  Those recruited for active national service (18-40 year olds) are supposed to avail themselves for 18 months: a six-month military training followed by 12 months of service in national security or national development programs overseen by the military. The Reserve is for the 40+ Eritreans.

Only four classes of Eritreans are exempted from National Service: (1) Those who already gave national service prior to the promulgation of the law and (2) “fighters and armed peasants who “have proved to have spent all their time in the liberation struggle”; 3) those who, for health reasons, are unable to participate in the national service (but are still required to participate in 18 months of public service.) and (4) those participating in an approved educational program. Non-exempt individuals may travel out of the country if they post a “60,000 Birr” bond.

There are several factors that contributed to the establishment of a campaign-without-end in Eritrea.

The Eritrean government, which is made up of the leaders of a guerrilla movement whose fighters had no breaks, nor vacations, and knew nothing but work, wants to apply its culture to a younger generation—under the guise of passing over a proud legacy of determination, resolve, and hard work.  But there is no professional army in the world that requires of its active-duty members to serve without pay, rotation or breaks.  The consequences of trying to apply guerrilla culture to a professional army have been devastating: Eritreans are flowing out of the country by the hundreds and those who remain are embittered by their experience of being the slaves of corrupt and abusive generals.  At the root is: the National Service Proclamation.