The Eritrea of “Adey Hana”!

Posted on August 3, 2017 by Ismael Ibraheem Al-Mukhtar in Articles 53 Comments 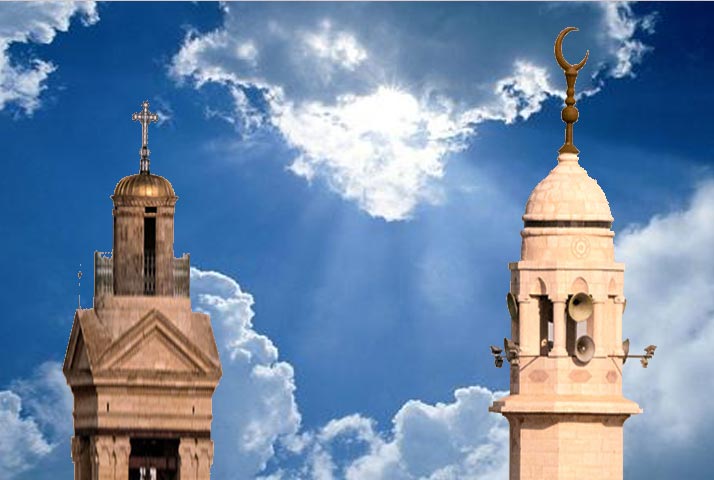 I was born and raised in the city of Asmara. Asmara in those days was a bustling multicultural and multi-faith city. My friends, class mates, neighbors and soccer team players came from different backgrounds. Included among them were Yemenis (Hadarem), Italians, hybrid Italians (Hanfes), Amharas, Greeks, Indians (commonly known as Baynan) as well as Muslims, Christians of various denominations, Jews, Hindus and Jehovah. Walking through my neighbourhood, I came across the Khulafah Al-Rashdeen Mosque, the Enda Mariam (Twehdo) church, the Cathedrale (Catholic) Church, the Jewish Synagogue (closed after the migration of Jews to Israel), the Italian school of Potego, the Arabic school of Al-Jaliya, the Greek Club, the American library and many others. I woke up every morning hearing the azan from the mosques and the bells from the churches. From day one I experienced diversity, tolerance and peaceful coexistence.

Among all the people I met in my neighbourhood, one particular lady left a lasting impression on me on what it means to be religiously devout and socially tolerant.  She was our next door neighbour. She was devout Christian, who I saw regularly walking back home in early hours of the day after attending church services. She addressed me as “wedie” –my son-, we addressed her as “Adey Hana” –mother Hana-. My family was a devout Muslim family, however, our respective devotion to our faith only made us more respectful of each other and better neighbours. On Eid days, the first order of business at our home was to send special Eid sweets to Adey Hana and her family. Likewise, on “Ledet” (Christmas) we received similar sweets from them. In family events, considerations were given to the respective dietary restrictions. At times of good and bad Adey Hana was the first to knock at our door and offer help. I saw in Adey Hana respect, integrity, tolerance and high moral standard. She set a good example of a good neighbourly relationship.

Fortunately, Adey Hana wasn’t an exception; she was the norm across neighbourhoods in Asmara and elsewhere. Once my friend Michael asked me to bike with him to a church in the neighbourhood of “Adi Guadad”, where he wanted to make an offering. We went together, I waited for him outside the church; on our return the time for “Asr” prayer came, I went to the mosque, he waited until I finished and we went back home together. That is the Asmara and Eritrea I grew up, a society where Christians and Muslims and other minorities lived together. Irrespective of their differences they treated each other with regard, respect and mutual appreciation. I learned in Eritrea to be a devout Muslim and I also learned to respect others. Eritreans –Christians and Muslims- are devout to their faith, their devotion, however, made them better neighbours and citizens. Diversity in Eritrea is a cherished value and deeply ingrained norm.

Despite the fact that the governance structure in Eritrea was for decades marred with polices of divide and rule, sectarianism and discrimination; the rank and file by in large remained true to its values of tolerance, acceptance and neighbourly cordial relationship. At times, there was a clear dichotomy between segments of the Eritrean elites and the average Eritreans who were better tuned with the dynamic of Eritrean social harmony and simple values of shared living.

Like many Eritreans, I was forced to leave my country and live in other places, where diversity was lacking and was viewed as a problem. Places where people can’t live at ease with those who are different from them. I lived in places where I had to think twice before revealing my identity, places where I lost my spontaneous expression of who I am. After a lengthy journey, I finally settled in a country where multiculturalism is an official policy. That was certainly comforting and more in line with what I experienced in my native land. Eritrea didn’t have an official multicultural policy; however, its multicultural values were deeply woven into its social fabric and daily norms.

Many Eritrean who grew up in Diaspora, didn’t live that unique experience and thus sometimes carry a narrow view of what Eritrean values, cultures and norms are. Once I was told by an Eritrean Christian living in Europe, when she came to know that I don’t drink alcohol nor attend drinking socials, ”this way  you can’t live in Eritrea”! I found that statement very troubling and clearly lacking an appreciation of Eritrean history and culture. Adey Hana who knew that my extended family, my ancestors who have deep roots in Eritrea, don’t drink alcohol, never thought we were aliens or radicals who can’t live in Eritrea. Another person who spent most of his time in the Middle East, once told a group of young Tigrinya speaking Muslim youth, that Tigrinya was not a genuine Eritrean language, it was a language that came with Tigrean invaders and they should only speak Arabic. Again, another example of lack of firsthand experience of the Eritrean social reality and lack of historical knowledge.

The streets of Asmara, its markets and its beggars; the farmers in the fields of “Sheab”, the fisher men in “Dankalia”, the mothers in their shanty huts of “Tesazega”, the elders in their white “nestela” (garment) have a more genuine story to tell about Eritrean values, than the “YouTube” clippers or “face book” posters or the well groomed distant elites!!