Posted on October 23, 2017 by Yohannes Zerai in Reflections 111 Comments 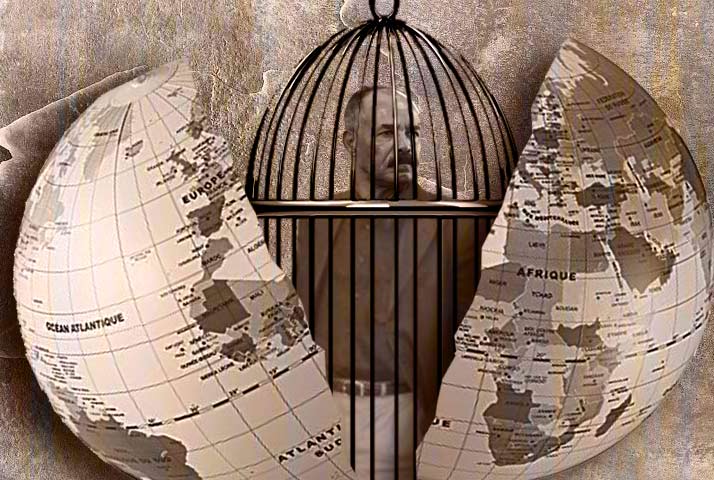 In an era when the world is witnessing unprecedented technological advances, unparalleled prosperity and heightened hopes for enduring global peace, an evil regime in Eritrea continues to destroy a country by ruining its national economy, driving the youthful and educated segments of its population into exile and subjecting the rest to unmitigated repression, servitude and poverty. These injustices and the abhorrent human suffering they engender have been evident to all; yet, the tragedy continues unabated.

Sadly, the international community’s strategy for Eritrea has aimed solely at constraining the foreign adventures of the despotic regime, but has offered nothing more than empty rhetoric against its domestic atrocities. Worse, under a misguided policy of ‘constructive engagement’, the West has been propping up the regime tacitly with financial streaming of hundreds of millions of dollars annually in bilateral and multilateral aid and UN’s multi-agency assistance programs. Much of this largesse carries few, if any, transparency/accountability requirements and is therefore likely to be partially diverted to feed the police state’s rampant corruption and pervasive mass surveillance.

The Rise of a Bellicose Tyrant

Eritrean leader Isaias Afewerki had not only influenced the course of the country’s liberation struggle for most of its thirty-year history, but was its uncontested leader over the concluding stages of that history. It was thus hardly a surprise that, upon the country’s liberation in 1991, he emerged as its first president amid overwhelming popular support. Hailing Eritrea’s triumph, the world extended its goodwill to the new leader and his fledgling insurgency-cum-government. The West characterized him along with few other young leaders in the continent as “a new breed of African leaders” thought to espouse democratic governance and socio-economic transformation so essential for turning the dream of an “African Renaissance” into reality.

But Isaias Afewerki was eyeing up a much different role for himself than what Western political pundits had envisioned for him. It was as if he concluded all the domestic adulation and international hype was nothing more than goofy flattery, and wanted to prove the world wrong by revealing his true self and the level of despotism and aggression he is capable of. He thus set out on a self-indulgent ego trip to drag the country and its people through another cycle of miseries of war. In a series of military conflicts that began two years after Eritrea’s de jure independence and spanned a period of a decade and half, his government made the rounds of all of the country’s land and maritime neighbors.

The aftermath of the regime’s 1998-2000 war with Ethiopia saw an escalation of the hostile rhetoric that President Isaias had long made a habit of directing at international organizations (AU and UN) and Western powers (particularly the US). His decisions a few years later to pull Eritrea out of IGAD and the AU took his deteriorating relations with the continent and with the world at large to new heights. It was also at the close of that war that he unleashed a brutal crackdown on dissent and political freedoms in what was to be a decisive step towards entrenching himself as a one-man dictatorship.

By the early 2000s, the US and Western allies had come to view Eritrean militarism as a menace which must be curbed if their economic interests are to be protected, their geopolitical agendas advanced and the security and stability of their client states in the region ensured. The regime’s external antagonisms came to a head in 2009 when, following a border clash with Djibouti, it refused to acknowledge the conflict much less cooperate in resolving it. This and Eritrea’s support of armed groups in the region (including Somalia’s Al-Shabaab) provoked politico-diplomatic measures against the regime. At US’s instigation, the AU assumed the unprecedented role of presenting the UN with requests for punitive measures against one of its own member states. The Security Council acceded by imposing on Eritrea a sanctions regime the provisions of which were further tightened two years later.

For the West, imposing sanctions constituted the first component of a two-track policy of ‘containment and appeasement’ they devised for Eritrea – a sort of “Lock the beast in a cage, but feed it well” resolution! The other half of the policy, appeasement, produced cooperation agreements which have been channeling funds to the regime as outlined earlier. Interestingly, both sides seem to go to great lengths to camouflage their cooperation. The regime harps on its false claim of self-reliance and often rails in empty rhetoric against its benefactors. Western countries, on their part, dutifully include the regime in their annual list of human rights abusers, pass parliamentary resolutions condemning the abuses and engage in the theatrics of UNHRC “debates” on Eritrea – all toothless measures hardly intended to bring relief to the suffering Eritrean people.

In truth, the West have long favored the status quo in Eritrea as evidenced by their policy position, or lack thereof, towards the nation’s opposition movement. In the nearly 20 years that witnessed the brutal and belligerent nature of the PFDJ regime, not one Western country has extended political support to any of the movement’s groups, not even those with obvious democratic tendencies. All the while, some Western-backed regimes in the region have been relentless in their effort to thwart democratic change in Eritrea by conspiring to divide and weaken the movement.

Omnipotent and Defiant OR Defeated and Humiliated?

A great deal can be written about the oddity of the attitudes, functions and positions of President Isaias, their discordance with each other and their incompatibility with realities on the ground. This article, however, will only touch upon a few of the strange characteristics he has exhibited in the years since the imposition of UN sanctions on the country. And even these only for their potential merits of: (i) stimulating incisive discussions on the state of the country and (ii)  provoking readers to peer through the fog of uncertainty in search of clues on the country’s inevitable transitioning out of tyranny.

It is notable that when he began to feel the full impact of the sanctions and the international effort to isolate him, President Isaias sought refuge in Adi Halo, a rural village about 30 kilometers outside of Asmara. Having set up shop at a bare-bones construction field-camp there, he took on a full-time job ‘guiding and directing’ the construction (and lately, operation) of a 20-million-m3 capacity dam in the area. At his ‘outpost’, Isaias Afewerki is accessible to just a handful of aides who convey his orders/decisions and report back conditions. Foreign delegations representing governments and (mainly Arab and Chinese) business interests are periodically received at the site where, clad in safari-type outfit, the president is often pictured with formally dressed guests on a dusty patch overlooking the dam/reservoir!

This account and the observations listed below indicate that President Isaias is certainly straddling two contrasting worlds: a make-believe world which strokes his ego by indulging his fantasies, and a real world which challenges and negates the presumptions of the first.

These observations cannot fail to provoke some profound questions: What are the regime’s internal power relations and how exactly has the system managed to keep itself together? Can an aging dictator with a split sense of the self, and in antagonism with pretty much everyone around him, hold onto power much longer? Has President Isaias transformed himself into PFDJ’s “spiritual” leader whose orders and commands issued from seclusion are executed promptly and faithfully? Could it be that real power, in effect, rests in the hands of an elite group that looks upon the president as a shield from prosecution for its collective crimes, hence is willing to do his bidding? What are the chances that this group will one day soon decide that grabbing power does, in fact, provide a better shield than loyalty to a ‘caged’ dictator already sinking into oblivion? How likely is it that …… Questions worth pondering!