Not Friends, Not Enemies – Just Nations With Interests 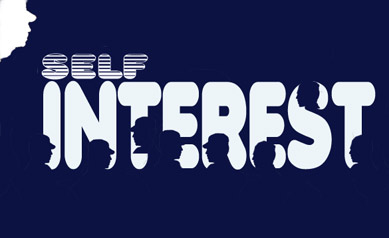 Reviewing official statements on world perspective that the Government of Eritrea put out periodically over the last 15 years, one would get the impression that the country of Eritrea is somehow the most coveted, yet the most hated and conspired-against nation in the world! Such an impression is bound to prompt the question of why a poor, relatively young nation of 4-5 million people would provoke any of the world’s bad intentions. Specifically, what is there about the country that could possibly render it a target of the sort of international ill will and conspiracy alleged to be directed against it? But then, logic would suggest that such a cynical view of the world can only be the product of extreme case of paranoia or vicious political intrigue concocted by depraved minds.

Public sentiment and oft-repeated official pronouncements on the subject both reflect a national political psyche rooted in a notion that the world had been and continues to be unkind, if not outright hostile, to Eritrea. Indeed, it is not hard to sense that a perception of widespread anti-Eritrean animus pervades the populace. It is equally apparent that this overbearing sentiment was bred and is being sustained by persistent, vigorous political campaign designed to drive public apprehension and suspicion of the outside world to the limit.

As  part of its “rule by fear” governance strategy, Eritrea’s government has long strove to instill a siege mentality in the population by harping on dangers posed by external forces who seek to “control the country, subjugate its people and plunder its resources.” Having paid dearly for their hard-won national independence, the Eritrean people feel they should remain vigilant against hostile neighbors and their allies who constitute a threat to their country’s sovereignty and territorial integrity.

In the main, this is a legitimate concern born out of century-long bitter experience of occupation, oppression and exploitation perpetrated on the watch of an apathetic and, at times, complicit world. Even today, this sentiment continues to be stirred up by persistent rhetoric and periodic hostilities of revisionist and colonialist forces in neighboring Ethiopia. Obsessed with  dreams of reversing Eritrea’s independence, these elements openly advocate for the country’s re-occupation and/or dismemberment. But, it is also true that this well-founded public concern has been exacerbated to the level of paranoia by a regime adept at manipulating and exploiting the public’s sense of insecurity.

The regime frequently engages in devious schemes of whipping up new emotions that would render the populace compliant enough to kowtow to its totalitarian grip of the country. Its leaders bank on a strategy of using their fear-mongering propaganda to make the public “more accommodating” to the suppression and persecution, servitude and poverty, pain and suffering that their tyrannical rule has wrought across the country.

It was not long after the country’s independence that indications began to emerge of the government’s intent to impose its dictatorial control over the population and perpetuate its leadership’s rule in the country. In pursuit of these objectives, state-controlled media have worked tirelessly to ingrain the population with a sense of insecurity and an image of a hostile world ill at ease with Eritrea’s independent existence.

Government authorities have made a habit of invoking, at every turn, the 1950 UN resolution that forced Eritrea’s federation with Ethiopia in what was a cruel, contemptuous denial of the people’s legitimate yearning for freedom and nationhood. Efforts are exerted to revive the memory of this sad historical event and to plant it firmly in the national consciousness as a symbol of a hostile world that continues to “stalk” Eritrea!

The regime fails to appreciate the dynamic nature of relations between nations and views them as being largely controlled by Western powers. Its notion of present “world order” is conditioned by concepts that have long gone obsolete and events whose significance has faded with the passage of time. As a result, it is incapable of dealing with present-day issues or addressing contemporary challenges without harkening back to memories and experiences of the 1980s and 70s or, worse, of the 50s.

The concept of “supremacy of the law” is alien to the tyrannical instincts of the regime’s leaders. Lacking in legal perspective, political wisdom and diplomatic skills, the regime possesses neither the foresight to avoid run-ins with international law nor the flexibility to extricate itself from the legal, political and military entanglements it often creates for itself. These deficiencies combined with its predisposition for tyranny at home and belligerence abroad have netted the regime international criticisms, indictments and sanctions.

The regime portrays itself as victim of injustices of the international community; it does not hesitate to blame the world even for its own transgressions and their legal and political consequences. Truth is, along with “the bad and the ugly”, Eritrea’s interaction with the rest of the world has also carried “the good” aspects with it – a fact which only devious minds are apt to deny. Some examples follow and many more others can be cited.

Need for ‘Coming to Senses’

The issue here is not whether the Eritrean people, like many other peoples in modern history, have been subjected to “international injustices” – for they indeed have, and history is their witness. What is really at issue is the regime’s utter failure to bring, over the last quarter-century, legal and political closure to this sad chapter of Eritrean history, and lead the country forward into a modern era of peace, prosperity and pragmatic coexistence. Instead, this abominably cruel regime has been instigating the population to wallow in resentment, sense of victimhood and self-pity. And in the process, it has inflicted incalculable damage on the country’s political and socio-economic well-being.

There is a lesson to be learned by the conformist elites and pseudo-intellectuals who, through their advocacy and apologetic activism, are engaged in the futile task of trying to prop up a rogue, dying regime: The world is unsympathetic to those who retreat into a corner and brood over their real or perceived victimhood. Neither is it kind to those who bark and snarl from their corner of isolation at their real or imagined enemies. No individual, group, organization or nation can hope to survive, much less excel, short of making their peace with the world in which we live – yes, with all its deficiencies and the injustices it periodically metes out to one or another segment of its inhabitants. Eritrea’s regime and its misguided apologists cannot escape this universal truth unless, of course, they heed their own leader’s advice and decide to “move to another planet!”